After centuries of destruction, Ireland's forests are returning. Arthur Sullivan recalls the small woods that grew up alongside him in the 1990s, and the part they have played in restoring trees to the Irish landscape. 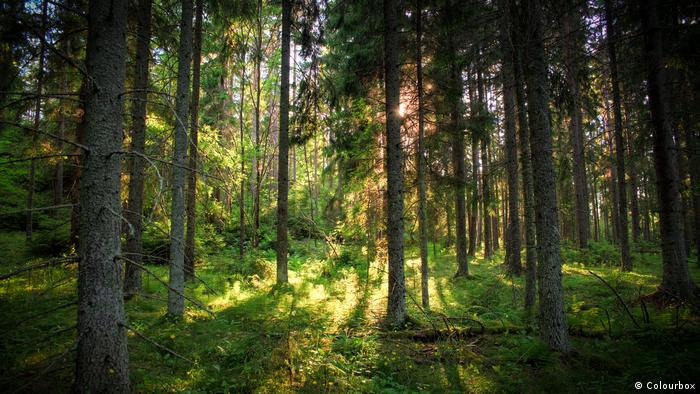 Ireland was once a land of woods and forests. The small island once had forest cover of around 80 percent, but today has one of the lowest rates in Europe, just 11 percent.

The story of the destruction of Ireland's forests is not a happy one. No other country in Europe experienced such a wholesale ravaging of its native woodland.

By the beginning of the 20th century, forest cover on the island was down to less than 1 percent of the total land mass of 84,421 square kilometers (32,595 square miles).

The destruction of Irish forests was largely down to human activity over the centuries. Industrialization, agriculture and an expanding population that required food and shelter all played a part.

During the 20th century, the Irish state began to grasp the extent of what had been lost, and began a process of extensive tree-planting, establishing forests — mostly of exposure-tolerant conifers — on mountain land. 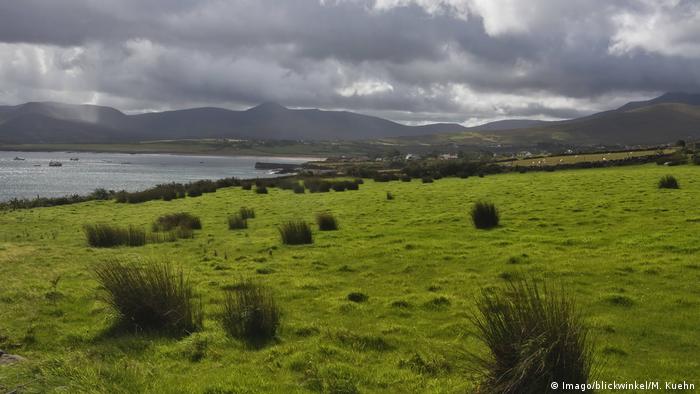 Ireland is known for its green pastures and green fields, although, it was once densely forested

A place of enchantment

When I was a small child growing up in Ireland's northern Ulster region in the early 1990s, there was little of these forests to be seen nearby, because we lived far from mountains, in an area where the landscape was dominated by small farms.

As a boy, I can actually remember wishing that our house backed onto a vast forest, because in so many of the books my sister and I read as children, real adventures began only when the kids had slipped away from adult supervision into the deep, dark woods beyond.

The nearest woodland to us was a place called Killykeen Forest Park, a pleasant amenity forest located a few kilometers away.

Being brought there was always a thrill; my five- or six-year-old consciousness couldn't articulate it at the time, but looking back I was aware that there was a particular kind of freedom to be found in the forest.

As I got a little older, something began to change in the landscape around our home: little forests started to pop up. In many of the fields around us, what had been dull, less-than-arable land was giving way to woods.

In the 1990s, grant aid was provided by the Irish government and the EU to farmers to encourage them to grow trees on their own land. Today, nearly half of all Irish forestry is in private hands.

This has helped incrementally drive up the percentage of Irish land covered by forest, and the Irish government currently has a target of 18 percent forest cover by the year 2046.

Those whose image of a forest tends toward the grander scale shouldn't confuse this with the kinds of forests that began to spring up around us. These were very small patches of woods — often planted on just a few acres of ground — but they had a dramatic impact on my youth. 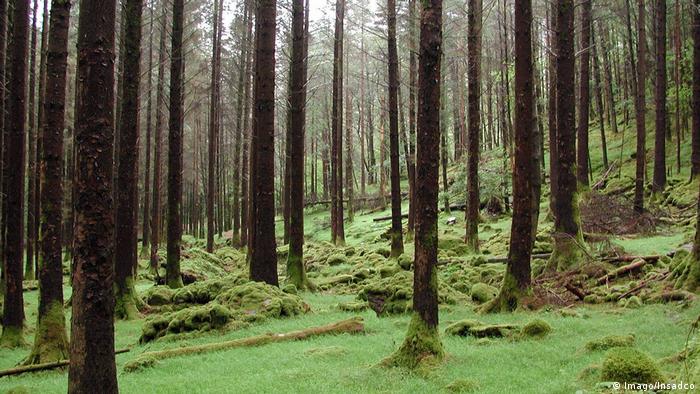 The one I remember most clearly was planted "down the fields" from our house, as people from around our way would say. That meant there was no road to access it, you simply had to beat your way there through bush and bramble.

I went there often, well into my teenage years, most often alone. The forest grew thicker and denser as time passed, and every time I visited, the trees and attendant wildlife seemed to have reclaimed another little part of the land it had once lost.

It's said that loneliness is the sadness of being alone, while solitude is the joy. Thankfully, it's the latter that I most associate with the hours I spent in those woods.

On my most recent trip home to the area earlier this summer, I was walking on a road near my family home when something suddenly caught my eye in the evening light: an entrance had been fashioned into one of the forests that had been planted more than 20 years earlier.

I made my way in and before long, realized that this forest was much deeper than I had remembered it. Then it suddenly hit me: this little forest and the one "down the fields" that I had gone to so many times before, were now connected as one.

It has taken a while, but root by root and branch by branch, Ireland's trees are returning.