Iraq has expressed anger over Exxon Mobil's decision to evacuate its foreign staff from an oil field amid growing US-Iran tensions. The move came just days after Washington pulled out its staff from the Baghdad embassy. 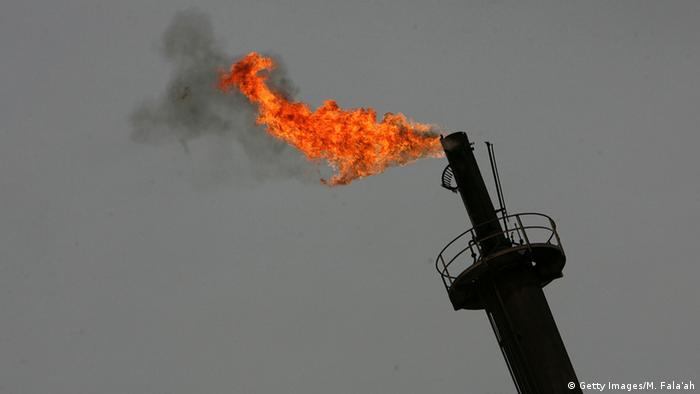 "The withdrawal of multiple employees — despite their small number — temporarily has nothing to with the security situation or threats in the oil fields in southern Iraq, but it's for political reasons," Ghadhban said in a statement in on Sunday.

Sources in the Iraqi oil industry and a senior Iraqi official said Saturday that Exxon Mobil, an American oil and gas corporation, had begun evacuating its entire foreign staff — around 60 people — from a major oilfield in the southern Iraqi province of Basra. 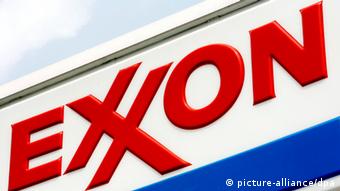 Exxon said foreign staff in Iraq would be sent to Dubai

The evacuation came just days after the US pulled out its nonessential staff from its embassy in Baghdad, citing an alleged threat from Iran.

"For us, this withdrawal is unacceptable and unjustified because other international companies are working freely and safely in developing oil fields," Ghadhban added.

Read more: Saudi Arabia will defend itself 'with all force' but doesn't want war

Exxon Mobil has a long-term deal with Iraq's Southern Oil Company to develop and rehabilitate the oilfield to increase its production. The US firm declined to confirm the evacuation reports.

The Iraqi minister said he sent a letter to Exxon Mobil asking for an explanation on evacuations. "I have also asked them to return to work under a long-term contract to develop the West Qurna," he said.

On Saturday, Ihsan Abdul Jabbar, the chief of Iraq's state-owned South Oil company, which owns the Basra field, said the Exxon evacuation would not affect oil production, as local engineers would continue their work normally.

"Exxon Mobil's evacuation is a precautionary and temporary measure," Jabbar said. "We have no indication over any dangers. The situation is secure and very stable at the oil field, which is running at full capacity and producing 440,000 barrels per day.

"The foreign engineers will provide advice and perform their duties from the company's Dubai offices, and we have no concerns at all," he added.

Rising tension in the region

The Exxon evacuation came amid a growing spat between Washington and Tehran. The US has substantially increased its military presence in the Persian Gulf, however, it has played down the risk of war.

On Saturday, Saudi Arabia and other Gulf countries accepted a US request to redeploy American troops on their territory and in Gulf waters in order to deter potential Iranian attacks.

In an advisory to its citizens on Saturday, Bahrain warned against traveling to Iraq and Iran. The Gulf monarchy's Foreign Ministry said in a statement that the advice was due to the "unstable situation in the region and the recent escalations and threats against security and stability."

Two weeks ago, Washington deployed an aircraft carrier group and B-52 bombers to the Persian Gulf against what it claims is an imminent threat from arch-foe Iran.

The latest tensions all take root in US President Donald Trump's decision last year to withdraw from the 2015 nuclear accord between Iran and world powers and impose wide-reaching sanctions.

US warns airliners flying over Persian Gulf amid Iran tensions

The US aviation regulator has warned that "military activities" and "political tensions" could put flights at risk. Washington has increased its military presence in the Gulf amid a worsening spat with Iran. (18.05.2019)