Kurdish authorities have accused Baghdad of undermining attempts to reach a deal on disputed areas and borders. Once unified in their fight against the "Islamic State," the Kurds feel betrayed by the central government. 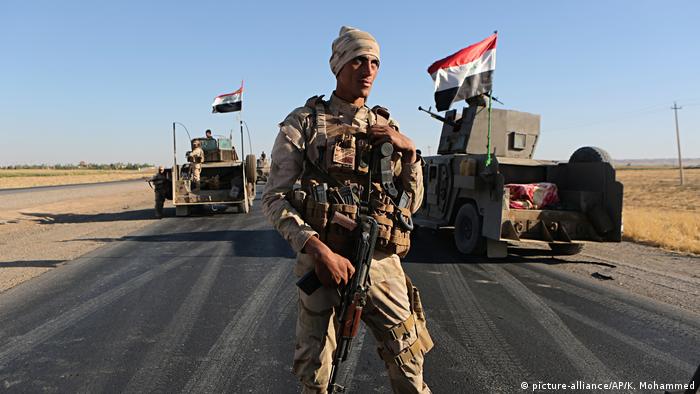 The armed wing of the Kurdistan Regional Government (KRG) in Iraq on Thursday said Baghdad is "not interested" in a deal to deploy federal and Kurdish troops at the country's border with Turkey.

On Tuesday, the KRG proposed a joint deployment at the strategic Fish-Khabur crossing on the Iraqi-Turkish border.

The joint deployment represented "a goodwill gesture and trust-building exercise that ensures a limited and temporary arrangement until an agreement is reached in accordance with the Iraqi constitution," the KRG said in a statement.

Tensions have risen between Baghdad and Irbil following a controversial independence referendum in September deemed "illegal" by the central government.

In mid-October, Baghdad deployed Iraqi-led forces to Kurdish-held areas, culminating in the capture of the oil-rich province of Kirkuk and its regional capital.

Iraqi Prime Minister Haider al-Abadi ordered economic and military retaliation for failing to annul the independence referendum, which witnessed 92.73 percent of the vote cast in favor of a divorce from Baghdad, including in disputed areas.

Read more: Iraq sweeps up more territories as Kurds quarrel among themselves

Since Iraqi-led forces captured Kirkuk, the Iraqi government has suspended military operations in Kurdistan to reach a deal with Kurdish authorities.

However, the Iraqi Joint Operations Command has accused the KRG of using the lull in fighting to "buy time" to bolster its forces. "We will not allow it. The federal forces are mandated to secure (the disputed) areas and borders," it said in a statement. 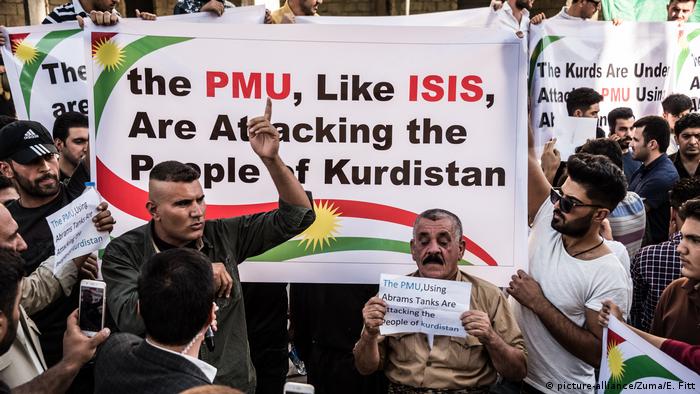 Once unified against 'IS'

When the Iraqi army fled Kirkuk in the face of a military offensive by the "Islamic State" militant group, Kurdish forces stepped in and prevented them from gaining hold of territory.

Since then, Kurdish peshmerga have assisted Iraqi-led forces to oust the militant group, culminating in the recapture of the IS stronghold Mosul.

Read more: Will the 'Islamic State' survive a post-caliphate future?

However, the violence surrounding the capture of Mosul has caught the attention of the international community. The UN's human rights office on Thursday called on Iraq to accept the jurisdiction of the International Criminal Court (ICC), warning that its domestic courts may not have the power to enact justice for "international crimes."