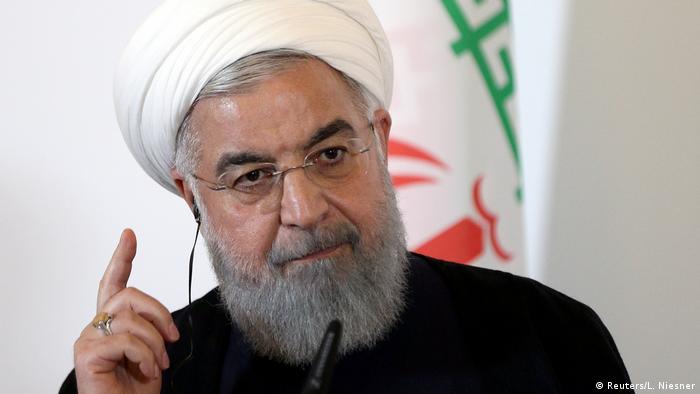 Iranian President Hassan Rouhani warned the United States on Sunday that it could shut down international oil shipments in the strategic Strait of Hormuz if Washington continued to provoke Tehran.

"We have always guaranteed the security of this strait," Rouhani told diplomats in the Iranian capital. "Do not play with the lion's tail; you will regret it forever."

The Iranian president, considered a moderate, has previously threatened to close the strait in response to US President Donald Trump's threat to stop Iranian oil exports through the waterway. The strait is one of the world's most important maritime trade routes and connects the oil-rich Persian Gulf to the Indian Ocean.

Iran's economy and currency has tanked since Trump withdrew Washington from the 2015 Iranian nuclear agreement. The deal saw six countries — the US, UK, France, Germany, Russia and China — agree to lift sanctions against Iran in exchange for limitations on Iran's nuclear program.

Although Iran and European signatories have been scrambling to save the deal, many Western companies and banks have stopped doing business in Iran amid fears they could be targeted by a reapplication of US sanctions.

"Whenever Europe has sought an agreement with us, the White House has sown discord," Rouhani said. "Americans should know that peace with Iran is the mother of all peace," he added. "Likewise a war would be the mother of all wars."

Rouhani and Iranian Supreme Leader Ayatollah Khamenei have both rejected calls to negotiate with Trump over a replacement sanctions relief deal.