Despite the Iranian link, officials have appeared unfazed by the attacks, with the country's supreme leader saying it will not change the "will of the people." The attacks targeted two landmarks in the capital. 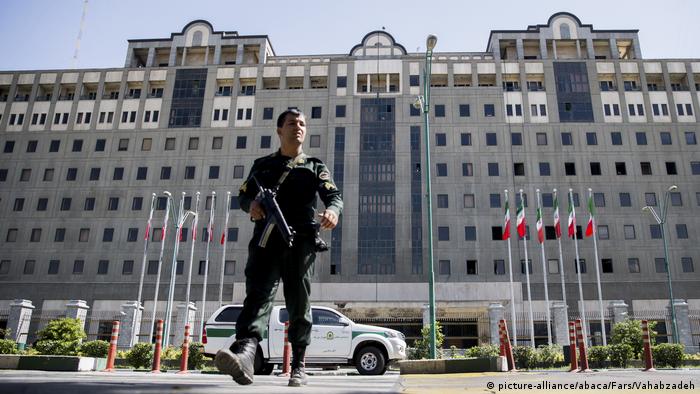 Extra police were on the streets of Tehran on Thursday, a day after a pair of attacks targeted two iconic locations in Tehran.

At least 13 people were killed and 46 injured in attacks on the parliament complex and mausoleum of revolutionary leader Ayatollah Ruhollah Khomeini.

During the attack on parliament, the self-styled Islamic State militant group claimed responsibility for both assaults. If confirmed, it would mark the group's first attack on Iranian soil.

According to Iran's intelligence ministry, five of the attackers had previously fought with the militant group in Raqqa and Mosul.

However, Iran's political leaders appeared unfazed by the attacks. With parliament in session during the assault, parliamentarians offered images of collective calm, posting selfies with the victory sign as gunshots resounded in the complex.

"These firecrackers that happened today will not have the slightest effect on the will of the people," said Khomeini's successor, Ayatollah Ali Khamenei.

Several countries, including Germany, condemned the attacks in the Iranian capital, with Russia saying it showed the need for greater international cooperation to uproot terrorism.

Iranian President Hassan Rouhani called for more work to be done at the international level in order to stop the spread of violent extremism.

"Iran's message as always is that terrorism is a global problem, and unity to fight extremism, violence and terrorism with regional and international cooperation is the most important need of today's world," Rouhani said.

Although the White House issued a statement condemning the attacks, it also offered an apparent rebuke of Iran, prompting Iranian officials to decry the remarks.

"We grieve and pray for the innocent victims of the terrorist attacks in Iran, and for the Iranian people, who are going through such challenging times. We underscore that states that sponsor terrorism risk falling victim to the evil they promote," the statement said.

The statement drew sharp criticism from the Iranian government, with Iranian Foreign Minister Javad Zarif on Thursday describing it as "repugnant."

Under Trump's administration, the United States has sought to isolate Iran. During his first official foreign tripto Saudi Arabia, US President Donald Trump described Iran as a preeminent state sponsor of terrorism.

"From Lebanon to Iraq to Yemen, Iran funds, arms and trains terrorist, militias and other extremist groups that spread destruction and chaos across the region," Trump said.

Tehran has vehemently denied allegations that it sponsors terrorism, instead pointing the blame at Saudi Arabia for funding extremist groups.