Iranian leaders call Europe untrustworthy and the US abhorrent

Ayatollah Khamenei has called the US government "the most abhorred" in the world and said some European countries "should not be trusted." President Hassan Rouhani has accused Europe of breaking its promises. 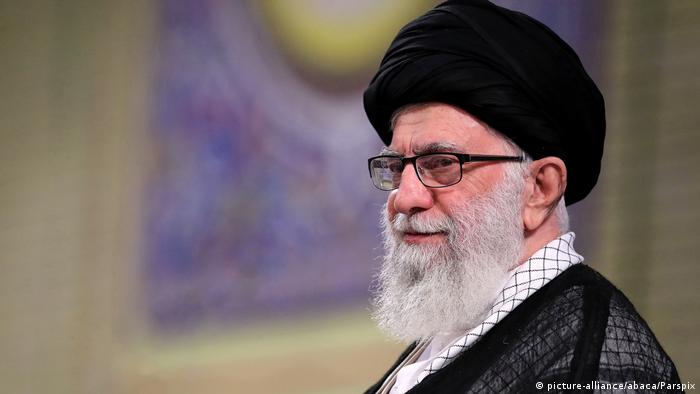 Iran's Supreme Leader Ayatollah Ali Khamenei said the United States and Europe are not trustworthy and also accused the West of "hostility towards the Iranian nation."

In a move that will halt optimism on reviving the landmark 2015 nuclear deal, the Iranian leader released a statement on his official website and a series of tweets on relations between Iran and the West.

Read more: Germany set to help its firms in Iran

"The Europeans present themselves as mediators and say many things, but they are all hollow," he added.

Iran has committed an additional breach of its nuclear deal with major powers by enriching uranium with advanced centrifuges, and plans to install more of those advanced machines than previously announced, the International Atomic Energy Agency, the UN nuclear watchdog, said in a report on Thursday.

Khamenei's ire continued on Twitter as he asked rhetorically: "Which government in the world today is as abhorred as the US?! I don't think any government. Maybe the Zionist regime is also abhorred in a way, but based on information from various sources, the US govt is the most abhorred government of the world."

Khamenei did not rule out new talks on the deal, but he said they should not include Washington: "Doors are open to interaction, negotiation with all countries of the world except Zionist regimes & US."

The agreement that curbs Iran's nuclear program in exchange for sanctions relief has been on life support since May 2018 when President Donald Trump withdrew the US from it and reimposed sanctions.

Germany, Britain and France, which are all signatories to the agreement, have tried to establish a trade mechanism to exchange humanitarian and food goods with Iran following Washington's withdrawal from the deal.

Rouhani also said that, after the US reneged on the deal, known as the JCPOA, the European powers "promised us they would be able to make up for the exit" and protect the accord.

He added: "Unfortunately, when it comes to actions, Europe has demonstrated its inability or lack of willingness."

French President Emmanuel Macron had suggested further life could be breathed into negotiations with a meeting between Trump and Iranian President Hassan Rouhani while the two leaders were both at the UN General Assembly in New York this week, a move that was quickly ruled out by the Iranian president.

US-Iranian relations have been especially fraught since the drone attack on oil facilities in Saudi Arabia on September 14. Iran-aligned Houthi rebels fighting a Saudi-led military intervention in Yemen claimed responsibility.

The US immediately blamed Iran  and was backed on this by Germany, France and Britain earlier this week. However, Rouhani challenged the US and others to provide evidence. The AFP news agency reported him as saying: "Those who make the allegations must provide the needed proof. What is your evidence?"

Rouhani continued: "If you do have any evidence or documentation please do make them available to me," adding that the US, Germany, Britain and France "should stop" equipping Saudi Arabia with weapons.

The Pentagon announced Thursday that it is sending four radar systems, a battery of Patriot missiles and about 200 support personnel to Saudi Arabia as part of the contingent of troops it said last week that it would send to the country.

The top German diplomat has made a surprise trip to Iraq to discuss regional security matters as he attempts to salvage the Iran nuclear deal. His trip comes amid increased tensions between Washington and Tehran. (08.06.2019)

Iran has been in economic turmoil since US President Donald Trump announced he would withdraw from an international deal that lifted sanctions against Iran's economy. The measures were reintroduced Tuesday. (06.08.2018)