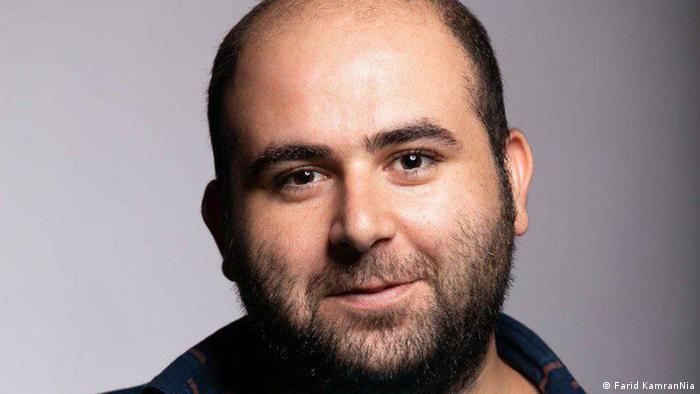 "It is my job to inform people. They have the right to know good and bad news," Mohammad Mosaed said this week in an interview with DW. "The Iranian judiciary has its own understanding and interpretation of journalism. In the courtroom, the judge told me: 'People need good news and journalists have to make sure they get it,' but I only report what there is. Good or bad? That's not up to me."

In May, investigative business journalist Mohammed Mosaed was one this year's Deutsche Welle Freedom of Speech Award laureates for reporting about the coronavirus pandemic. Now he is facing punishment for his work and courage. Last week, the journalist announced on Twitter that he had been sentenced to four years and nine months in prison for his reporting, as well as a two-year ban from practicing his profession. His communications equipment was also confiscated. A source familiar with the case told media watchdog Committee to Protect Journalists (CPJ), that Mosaed was charged with "colluding against national security" and "spreading propaganda against the system."

Mohammad Mosaed can still appeal against the verdict. In an interview with DW, he said: "In total, I have 20 days to appeal. The Court of Appeal usually takes one month to decide whether to allow an appeal. If not, I will have to wait until I am picked up."

DW Director General Peter Limbourg: "The sentencing of the respected journalist Mohammad Mosaed - one of this year's laureates of our Freedom of Speech Award - is terrible news and I very much hope that the Iranian judiciary will promptly grant his appeal."

"For years we have been observing with great concern the restrictions on freedom of the press and freedom of opinion and the extensive Internet censorship in Iran," said Limbourg. "DW is working on many levels to ensure that especially the young, hopeful population is given access to impartial information, having an open social exchange and forming individual opinions." 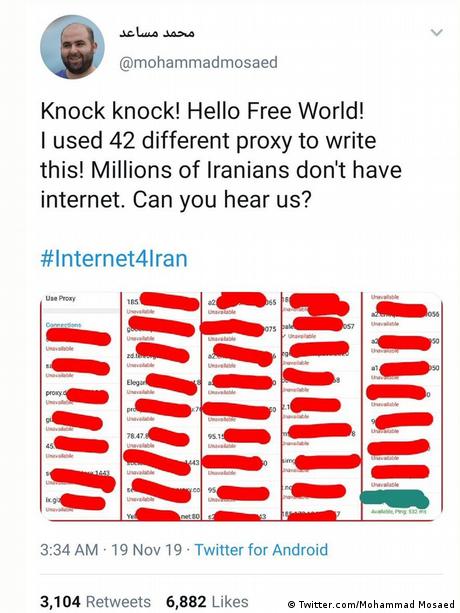 Critical tweet during Internet shutdown in Iran by Mosaed

Mosaed is known for his reports on widespread corruption in Iran. Last November he was arrested and spent two weeks in jail for posting a critical tweet during the then Internet shutdown. At that time, Tehran had imposed a temporary Internet blockade to ensure that no information, pictures and videos of the nationwide protests in Iran could be distributed.

He was arrested again in late February after criticizing the government's response to the rapid spread of the coronavirus. As a result, information about the spread of the coronavirus in the holy city of Ghom was withheld for a long time. Ghom, located some 130 kilometers south of the capital, has not been quarantined, nor have other measures or educational campaigns been launched in state media to highlight the seriousness of the situation. To date, Iran is one of the countries that have been hardest hit by the pandemic worldwide.

In 2018 Mosaed was awarded the Tehran Chamber of Commerce Prize, which has been awarded since 2016 for special achievements in business journalism, for his research in corruption cases.

Mosaed has now had to stop using social networks. He is no longer allowed to report on the situation or criticize the authorities.

​​​​​​​The death sentence against Navid Afkari has caused indignation on social media. The athlete was arrested and charged with murder in 2018. He says his confession was obtained under torture.

Dozens of demonstrators were arbitrarily arrested and abused, according to an Amnesty International report. The anti-government protests broke out in November 2019 in response to a hike in petrol prices.