Iran has summoned the German envoy to Tehran to protest "destructive remarks" made by German officials who said that the US air strikes that killed Soleimani were in response to Iranian military provocations. 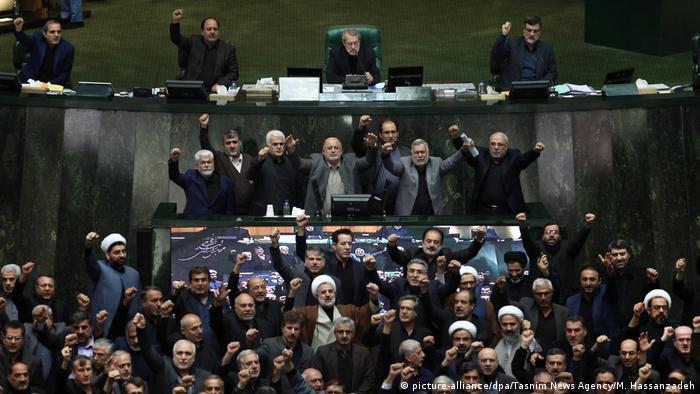 Iran summoned Germany's charge d'affaires to Iran on Sunday. The summons was made to protest "destructive" comments made by German officials supporting the killing of Iranian military commander Qassem Soleimani in a US air strike on Friday.

Some German officials made "wrong, thoughtless and damaging remarks in support of America's terrorist attack in Iraq," the foreign ministry added.

A German government spokeswoman, Ulrike Demmer, claimed that the US strike that killed Soleimani was a response to Iranian military provocations, on Friday. However Demmer, along with other German politicians, shied away from directly justifying the airstrikes.

The Iranian foreign ministry described these remarks as "one-sided and unacceptable" and they planned to convey to the German envoy their "serious protests."

Iran's summons come on the same day that the German government proposed dialogue with Tehran to ease tensions.

German Foreign Minister Heiko Maas said on Sunday, ahead of the summons, that the German army mission in the Middle East would continue. He told the German newspaper Bild am Sonntag that the fight against IS "is and remains of German interest."

He also announced that he was seeking talks with Tehran to ease the tensions.

"Everyone must be aware that any provocation could now lead to an uncontrollable spiral of violence, with unforeseeable consequences for the entire region and also for our security in Europe," he added.

Maas is also due to meet with his UK and French counterpoints, as well as US Secretary of State Mike Pompeo in the days to come, all with the goal of "de-escalating tensions."