French-Iranian scholar Fariba Adelkhah has been jailed for "conspiring against national security" and "propaganda against the Islamic Republic." Tehran has rejected France's demands for her release. 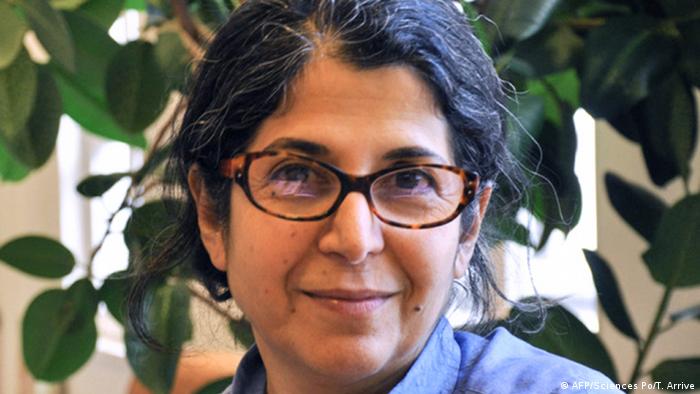 A court in Iran has sentenced French-Iranian academic Fariba Adelkhah to six years in prison on national security charges, her lawyer said Saturday.

The 60-year-old anthropologist has been behind bars since June.

France has called for her release. But Iran, which does not recognize dual-nationality, has dismissed those demands as attempts to meddle in Tehran's domestic affairs.

According to Adelkhah's lawyer, she was sentenced to five years in jail for "gathering and conspiring against national security," as well as one year for "propaganda against the Islamic Republic."

"We have appealed and if accepted, the sentence will drop to five years," lawyer Said Dehghan told the Reuters news agency.

Adelkhah is an expert on Shiite Islam and a research director at Sciences Po university in Paris.

Adelkhah was arrested last year along with her French colleague and partner, Roland Marchal. He was released as part of a prisoner swap deal in March.

In return for his freedom, France released Jallal Rohollahnejad, an Iranian engineer who faced extradition to the US for allegedly violating US sanctions. Washington at the time said it "deeply regrets" the move.

The French Foreign Ministry issued a statement saying: "This sentencing is not based on any serious element or fact and is thus a political decision." It added: "We are urging Iranian authorities to immediately release Mrs. Adelkhah."

Fearful, persistent: Fighting for freedom of expression in Iran

Whether on their phones, on the streets or in the courtroom, Iranians are trying to push back against tightening restrictions on their freedom of expression, though there are mixed views as to if they will succeed. (14.03.2019)

The German man had been sentenced to three years in prison for taking pictures of "sensitive places." He was freed after German authorities released an Iranian citizen wanted in the US over alleged sanctions violations. (18.02.2020)

Iran has said it is ready to hold talks on having an unconditional prisoner swap with the US, citing coronavirus fears, among other factors. Tehran said it was now waiting for a reply from Washington. (10.05.2020)