Iran has said it is ready to hold talks on having an unconditional prisoner swap with the US, citing coronavirus fears, among other factors. Tehran said it was now waiting for a reply from Washington. 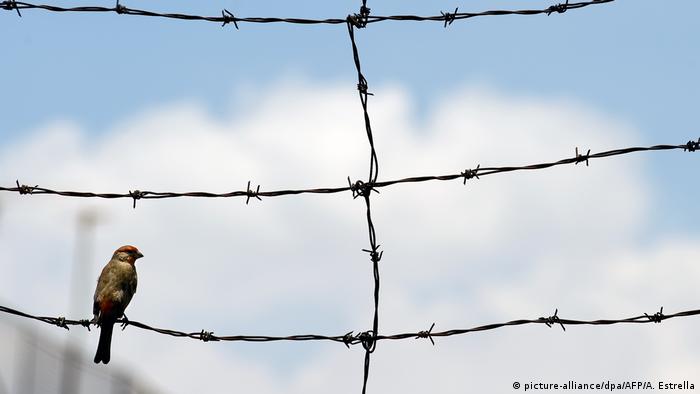 Iran on Sunday said that it wanted to hold talks on exchanging all prisoners with the United States, amid fears that lives could be being put at risk by the coronavirus pandemic.

"We said some time ago that we are ready to exchange all Iranian and American prisoners," Cabinet spokesman Ali Rabiei was quoted as saying by the ISNA news agency. "It now appears that America is more ready than before to end this situation," he said, adding that US had so far not given a response.

Rabiei also expressed concerns about the COVID-19 outbreak putting the lives of Iranian citizens in US prisons at risk, saying he hope that "the US government eventually will prefer lives to politics."

Iranian media have said several Iranians are currently in US custody. One of them is Sirous Asgari, a 60-year-old university professor who, according to the Iranian Foreign Ministry, has become infected with COVID-19 while in prison. Iran is also holding several US citizens, including Navy veteran Michael White and environmental expert Morad Tahbaz.

In December, Xiyue Wang, a US academic, held in Iran for three years on widely disputed spying charges, was released in exchange for Iranian scientist Massoud Soleimani.

Iran and the US have been at loggerheads for years, both over what Washington considers expansionist polices on the part of Tehran and over Iran's nuclear program, which the US fears could be a front for making atomic weapons.

The tensions escalated in 2018, when US President Donald Trump withdrew his country from a landmark nuclear agreement aimed at curbing Iran's nuclear ambitions in return for a lifting of international sanctions. Under Trump, the US has reimposed sanctions on the Islamic Republic.

Both countries have been calling for prisoners to be released amid the coronavirus outbreak, which poses a grave risk to inmates of jails. Iran has suffered the most deadly outbreak in the entire Middle East, while the US has reported the most deaths from COVID-19 worldwide.

A magnitude 4.8 earthquake jolted Iran's capital, Tehran, and nearby areas in the early hours of Friday, forcing many people to flee buildings. At least one person has been killed, with several injured. (08.05.2020)