The current quarantine is nothing new for Iranian women musicians — they've been restricted from performing in public since the 1979 Islamic Revolution. Singer Massy Ahadi explains how they come to terms with it. 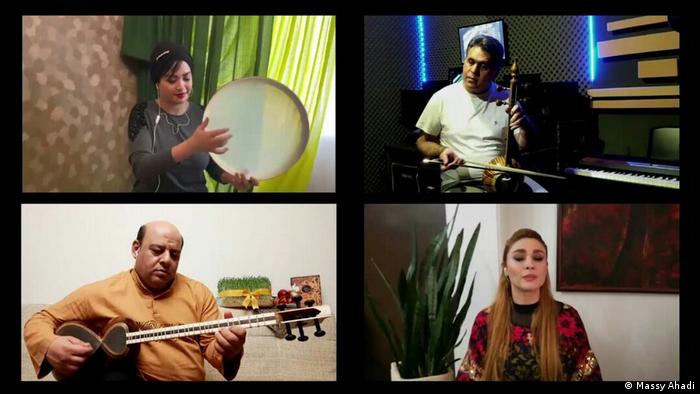 "We haven't left the house for two months," says Massy Ahadi. "I miss the exchange and singing with the other women," the 40-year-old singer told DW from Tehran. To contain the virus, the Iranian government has called on all citizens to stay at home.

"The government avoids the word quarantine, and it requires us to voluntarily keep out distance from others," she says, adding that she believes the government hasn't officially imposed restrictions so it won't have to deal with people under quarantine. "There is no government aid in Iran."

Massy Ahadi makes a living by giving singing lessons to women. Women who can afford lessons belong to the middle and upper classes of Iranian society. For them, staying at a home is no problem financially. Some of them are quite willing to take lessons online and pay for them. But Massy Ahadi is worried: "Under the influence of the virus, the already poor economic situation in Iran could worsen even further." That might decrease the number of her students even more.

Massy Ahadi is famous for her interpretation of traditional Iranian music. She can only perform legally to an all-female audience. Since the 1979 Islamic Revolution, women have been forbidden to sing in public. As a result, many popular female singers left the country after the revolution. Many emigrated to the US, as did many other artists — in particular to California, which has the largest community of Iranians outside Iran. The west coast state is home to a flourishing Iranian music industry that provides young audiences in Iran with modern pop music.

Banned from the stage

"The love for traditional music has not died out among the young people in Iran," says Massy Ahadi. "I teach many talented young women who enjoy singing in the classical traditional style." They know they must never perform in public, she adds. 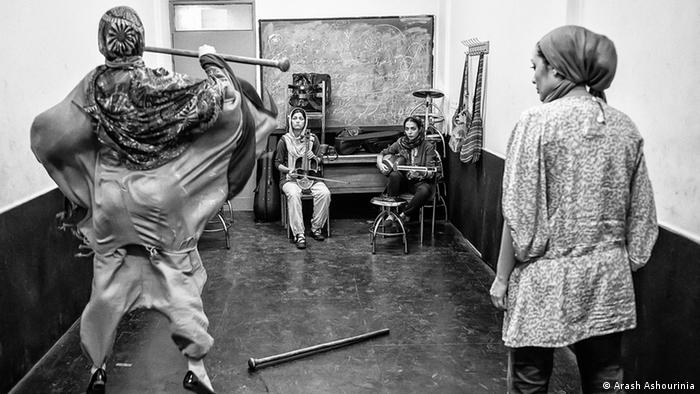 Over the past 40 years, the ban on performing in public has forced singers and musicians who stayed in Iran to move their art inside the homes. They sing for friends deemed trustworthy at private concerts.

Even celebrity female singers offer singing lessons for women, including the legendary Parvaneh Khatereh, the first female singer to appear on Iranian television in the 1950s. Khatereh discovered the talented young Massy Ahadi and gave her singing lessons until her death in 2008. Massy Ahadi also began teaching other women. She founded the Mahna women's orchestra that gave numerous  concerts for women until 2015.

"We were successful, but it was also exhausting and depressing," she remembers. "We needed special permission for everything, our songs had to be approved and lyrics weren't allowed to contain forbidden words like "kiss" or "hug."

Visitors are checked every time because the authorities did not want anyone to bring a camera into the concert hall, she says.

Even when all conditions were met, solo performances were still forbidden, even for an all-female audience. Ahadi left the group and began recording her songs as a soloist in private studios.

Social media and platforms like YouTube give her the opportunity to be seen, and to be heard.

"I don't want to fit in anymore. Of course I know that I am acting illegally and that I can get into trouble. But I want to get out of our eternal 'quarantine'," she says. "Actually, we women have been quarantined for 40 years."

With singing lessons pared down due to the coronavirus restrictions, Massy Ahadi has started to work with other musicians on new online concerts from home. "This is a shared experience and I very much hope that something beautiful will come of it — for instance a cooperation with musicians outside Iran."

Directors from Iran face strict state restrictions, but they nevertheless manage to creatively bypass them. These 10 filmmakers' works have obtained international critical acclaim despite the obstacles. (01.03.2020)

Women get tattooed in Iran – in secret