In an interview with DW, one of the most popular women authors in Iran and Germany talks about the impact of censorship on her work, and why she devotes her time to educate women in writing. 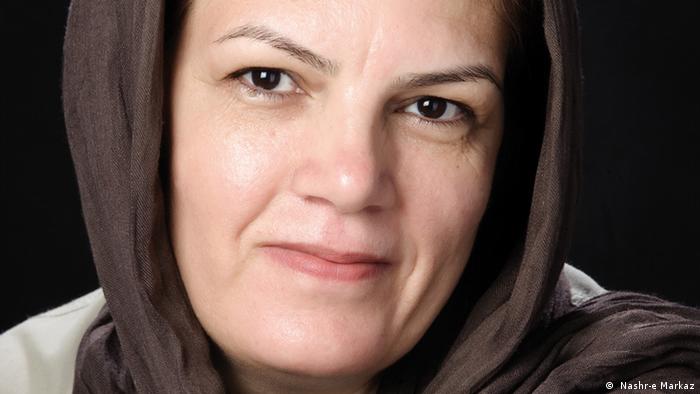 Born in Tabriz, Iran, in 1963, Fariba Vafi published her first short story collection, "In Depth of the Stage," at the age of 24. Her next anthology followed in 1999, and just three years later she released her first novel, "My Bird," for which she received two Iranian literary prizes.

Subsequently translated into English, Italian, German and other languages, the book helped Vafi build an international audience; while last year she won the prestigious German LiBeratur prize for her novel "Tarlan," which was originally published in 2006 and adapted into German in 2015.

Yet despite her success, Vafi is most concerned by the situation in her home country, as she tells DW. 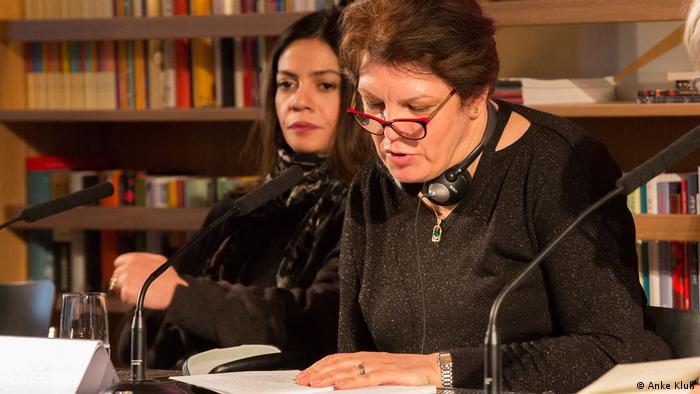 Fariba Vafi reading from her book in Cologne in 2018

DW: You have published seven novels and several short story collections, received numerous prizes and most of your work has been translated into many languages. Is it important to you that your books are read and understood outside of Iran?

Fariba Vafi: When you go beyond your limits and find new readers, you enter the space of people who are from another world. That, of course, influences your own work. You become acquainted with others' way of thinking, thereby gaining new knowledge. That, in my opinion, is important to any writer.

Has the LiBeratur prize changed anything in terms of your recognition abroad?

Of course. First and foremost, the prize was a gratifying confirmation of my work. It has led to more attention being paid to my book on the international level, but even by Iranian readers.

It is also very important to me that this book has been translated into German and that people in Germany can read it. 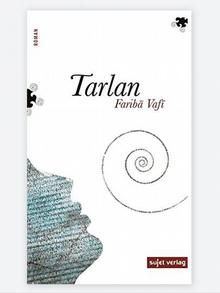 The cover of the German edition of Fariba Vafi's "Tarlan," for which she received the LiBeratur Prize

You are a busy writer who has published eight books in the last ten years, yet you still find time to organize workshops for women. What motivates you and what's your aim?

For years I've had this need to express myself, the need to write. My aim with the workshops is not to make more people write novels. But I believe that if you can help people describe their own lives, their own world, then you have done an important job.

After I organized the first workshop, I was even more motivated to continue. They gave me strength because I understood how effective literature can be for women, especially when they need to find their own creative outlet.

One day you get the feeling that the time has come to write down everything you haven't been able to or couldn't express. It's compulsive.

What kind of texts do the participants write?

For me, it's crucial that they start from their own life experience. Only in the process of writing do you actually find out that you are writing a novel. The progress to fictionalization is slow; which is also why I believe that reading is fundamental. Therefore we study and discuss the most successful Iranian and international authors and practice reading their novels and writing side-by-side.

In a country like Iran, it's difficult to separate the everyday from the political. Do you consider your work to be political?

I believe that the act of writing is always a political one in a sense. As you begin to write, you are creating a space for yourself — one that probably hasn't before been provided to you, or one that might have been taken or withheld from you.

Personally, I am not a political person and my field of work is not directly related to politics. But we live in a society where every simple act can have a political meaning.

Do you write primarily for women?

I do not choose my readers; it is the readers who choose me. I do not write just for women, but I admit that the vast majority of my readers are women.

You live with your family in Tehran, the Iranian capital that has recently been the epicenter of violent demonstrations. What caused them in your opinion? Do you address their roots in your novel?

Demonstrations can be provoked by many factors. I may deal with some of the circumstances in the book, but not in an obvious or direct way. Literature is not a newspaper, and it is not its task to report on current events.

But I am always trying to find manners how to address the life and suffering of people.

Do you think of censorship when you're writing?

On the one hand, there are several taboos in our society that we are not allowed to talk about. On the other hand, there are taboos that we create ourselves based on our lives.

You can say that every published work is in some ways unfinished because it has undergone your own internalized censorship. This is, of course, an indication of the external censorship — it is one of its consequences.

Is it possible to be an influential author or artist in current-day Iran?

Their influence is very, very low because they cannot say anything.

It is also hard for me to talk about "influential authors" because editions are very small and so is the readership.

If an edition of your book does not even exceed 300 copies, what influence can you have in a country of 80 million?

The protests in Iran are the result of an accumulation of unsolved problems. No matter what happens next, resentment in Iran is on the rise — people want to see change, says Mostafa Malekan.* (02.01.2018)

Iranian President Hassan Rouhani has called for a "year of unity" as Iran marks the 39th anniversary of the Islamic Revolution. The celebrations come just weeks after protests calling for changes in government policy. (11.02.2018)

Bestsellers that almost didn't make it to the bookstores

They have very different styles, but Stephen King and Beatrix Potter have something in common: They're both authors whose books were initially rejected by publishers — and went on to become bestsellers. Here are more. (04.01.2018)