Iran said it would not go on "a buying spree" of weapons while announcing that the UN arms embargo from 2007 has now expired. Tehran also said that "weapons of mass destruction" had no place in their defense. 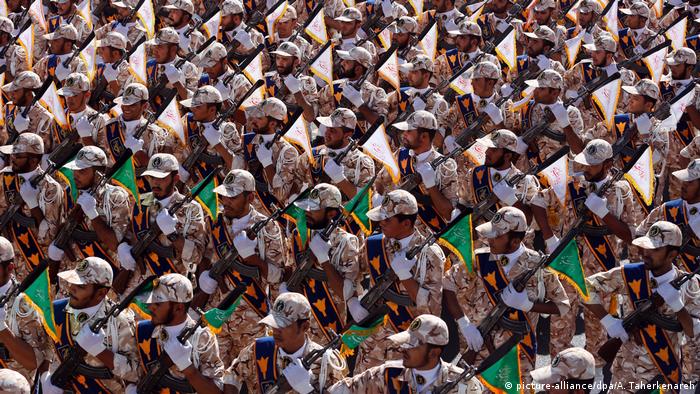 Iran has announced that it is now free to purchase weapons on the basis of its defense needs, as a United Nations conventional arms embargo imposed on the country expired on Sunday.

"Today's normalization of Iran’s defense cooperation with the world is a win for the cause of multilateralism and peace and security in our region," Foreign Minister Mohammad Javad Zarif said on Twitter.

Zarif’s comments were accompanied by a statement by the Foreign Ministry, which said that "as of today, the Islamic Republic of Iran may procure any necessary arms and equipment from any source without any legal restrictions and solely based on its defensive needs."

It also added that Iran could "export defensive armaments based on its own policies."

The UN Security Council imposed an arms embargo on Iran in 2007. The restrictions were due to expire on Sunday, in line with conditions agreed to under the 2015 nuclear deal among Iran, Russia, China, Germany, Britain, France, and the United States. The objective was to keep Iran from developing nuclear capabilities in exchange for economic sanctions relief.

However, Donald Trump’s presidency in the US has led to an escalation of tensions between Washington and Tehran. In 2018, he unilaterally withdrew from the nuclear deal.

After the Security Council rejected the Trump administration’s attempt to expand the arms embargo on Iran in August this year, the US unilaterally reinstated the UN sanctions that were lifted under the accord.

Calling this "a momentous day for the international community,"  Zarif said the world has defied "malign US efforts" to protect the Security Council resolution and the nuclear deal.

However, the country also stressed that "unconventional arms, weapons of mass destruction and a buying spree of conventional arms have no place in Iran's defense doctrine."