European diplomats have called a pause in talks on Iran's nuclear program "disappointing." EU envoy Enrique Mora has said only weeks remain to save the deal, as Iran ramps up uranium enrichment. 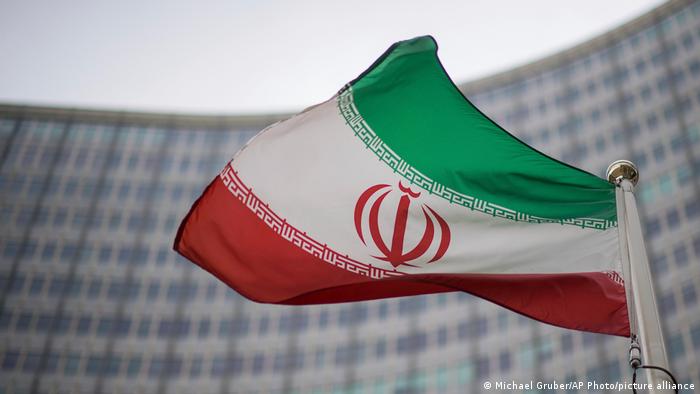 European negotiators on Friday called on Iran to move faster toward salvaging the 2015 nuclear deal after the seventh round of talks adjourned in Vienna.

European representatives from the UK, France and Germany, known as the E3, have called the pause "disappointing," although they say there has been some "technical progress." The diplomats say Iranian officials requested the pause in negotiations.

"We are rapidly reaching the end of the road for this negotiation," the E3 said.

"We don't have months, we rather have weeks to have an agreement," EU envoy Enrique Mora told the media. "There is a real sense of urgency that is absolutely important if we really want to have success in these negotiations."

The current round of talks began on November 29, the first time since Iranian hardline President Ebrahim Raisi took office in August.

Western diplomats have previously accused Iranian negotiators of reneging on their previous concessions in the discussions.

The UN's atomic watchdog has warned that Iran is enriching uranium to near weapons-grade, in violation of the 2015 deal.

"Participants said they aim to resume quickly, though they haven't yet firmed up a date," Chinese chief negotiator Wan Qun said Friday. Mora has expressed hope that the negotiations will resume this year.

It's unclear why Iranian officials requested the break in talks.

"If the other party accepts Iran's logical views, the next round of talks can be the last round," Iranian top negotiator Ali Bagheri Kani said.

Negotiators from US President Joe Biden's administration have also been indirectly involved in the latest round of discussions. Biden has previously said he would not lift sanctions on Iran unless Tehran ceases its uranium enrichment activities.

US Special Envoy for Iran Rob Malley is expected to return to Washington D.C. this weekend amid the pause in negotiations, according to the State Department.

Meanwhile, US National Security Adviser Jake Sullivan said Friday during a webinar that the ongoing Iran negotiations "are not going well," as the US still does not have a clear framework to reenter the deal.

The United States unilaterally left the nuclear agreement in 2018, when then-President Donald Trump withdrew from what he deemed "the worst deal ever" and reimposed sanctions on Tehran.

Although Biden officials believe a diplomatic deal is the best method to engage with Iran, The New York Times reported last week that the White House has reviewed military options to prevent Tehran from obtaining a nuclear weapon.

The US withdrew from the Iran nuclear deal, formally known as the Joint Comprehensive Plan of Action (JCPOA), under former President Donald Trump, who believed the agreement was ineffective. This left the UK, France, Germany, Russia, China and the EU as the remaining signatories to the deal.