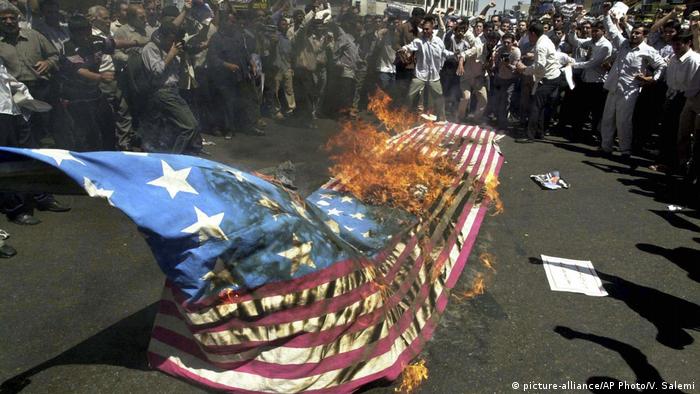 An Iranian lawmaker on Tuesday offered a $3 million (€2.2 million) reward to "anyone who kills" US President Donald Trump, just as the US president kicked off the Davos World Economic Forum in Switzerland.

Kerman is the provincial capital of Iran's southern Kerman province and was the hometown of Qassem Soleimani, Iran's top general and leader of the country's elite Quds Force military unit according to semi-official Iranian news agency ISNA.

Soleimani was killed by a US drone strike in Iraq on January 3.

For some Iranians, Soleimani was a national hero and popular public figure. He had a major influence in securing Iran's foothold in the region.

kmm/rt (Reuters, AFP)
Every evening, DW sends out a selection of the day's news and features. Sign up here.

Myanmar: 6 dead as police crack down on anti-coup protests 5h ago