An Iranian Revolutionary Guard commander said: "Iran needs no permission from foreign countries" to test missiles. The US, Britain and France claim the tests flout restrictions on Tehran's military program. 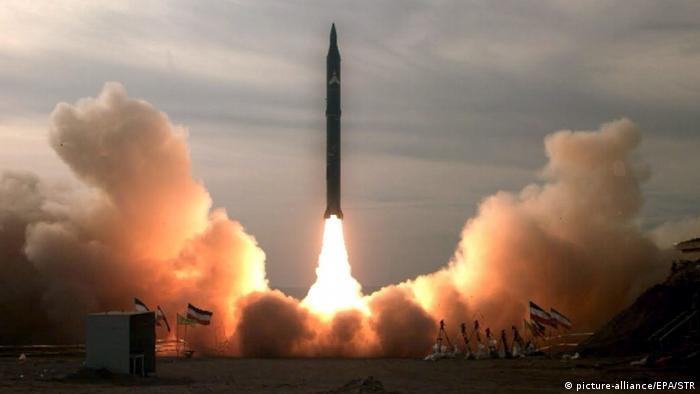 Iran on Tuesday confirmed it had conducted a missile test earlier in December, following criticism from Western powers, including Security Council members the US, France and Britain.

"We confirm the recent test of our ballistic missiles," air force commander of the Iranian Revolutionary Guard Corps (IRGC) Amir Ali Hajizadeh said, according to the Fars news agency.

Hajizadeh said that Iran carries out around 40 to 50 missile tests each year.

The UN Security Council met last week over the test that the US, Britain and France said defied UN restrictions on Tehran's military program.

In May, US President President Donald Trump decided to withdraw from an international agreement on Iran's nuclear program and reimposed sanctions on Tehran.

Trump said the deal was flawed because it did not include curbs on Iran's development of ballistic missiles or its support for proxies in Syria, Yemen, Lebanon and Iraq.

Hajizadeh said that the test was "for the defense of our country, our legitimate right and as such Iran needs no permission from foreign countries."

"We will continue our missile tests and this recent action was an important test," Hajizadeh was quoted as saying by Fars.

"The reaction of the Americans shows that this test was very important for them and that's why they were shouting," he added. The commander did not say what type of missile had been tested.

Iran is refusing to negotiate with Washington over its military capabilities, including the missile program run by the IRGC. It maintains the program is defensive and denies missiles are capable of being tipped with nuclear warheads.

"The issue of missiles has never been subject to negotiations and nothing has been approved or ratified about its prohibition for the Islamic Republic of Iran in (UN) resolution 2231," Iranian Foreign Minister Mohammad Javad Zarif said Tuesday, according to the Tasnim news agency.

Under UN Security Council Resolution 2231, which enshrined the nuclear deal in 2015, Iran is "called upon" to refrain from work on ballistic missiles designed to deliver nuclear weapons for up to eight years.

But the resolution does not specifically bar Tehran from missile launches.