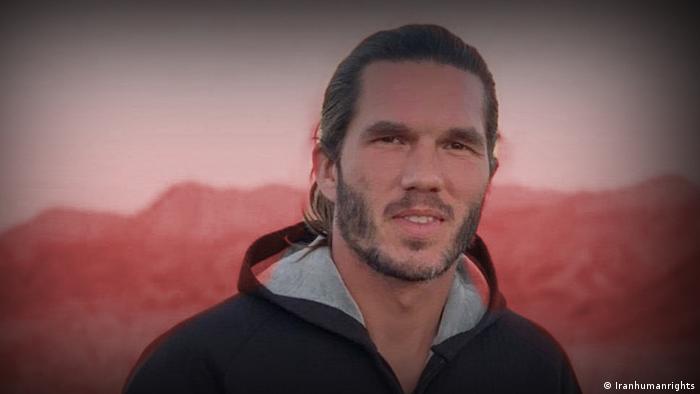 Benjamin Briere faces charges of "propaganda against the system"

Iranian prosecutors indicted a French national on charges of spying and spreading propaganda against the Islamic Republic, his lawyer said Sunday.

Benjamin Briere is the latest foreigner to be held on widely criticized espionage charges amid heightened tensions between Iran and the West.

Briere had also faced accusations of "corruption on earth" —  one of the most severe charges under Iranian law —  and drinking alcohol. The two charges were dismissed after investigations, lawyer Saeid Dehghan said on Twitter.

The justice department in Iran's northwestern city of Mashhad handed up Briere's indictment.

In an open letter published by the French weekly Le Point, his sister appealed to President Emmanuel Macron to intervene.

On Sunday, the French foreign ministry said the charges were "incomprehensible."

What is the case against Benjamin Briere?

In May last year, Briere was arrested in Iran while flying a drone and taking pictures in a desert area where photography is prohibited.

Under Iranian law, an espionage conviction can bring up to 10 years in prison. Spreading propaganda against the system can be punishable by three months to a year.

Briere's sister said in her letter that the charges were "baseless," and that her brother had become a "negotiating tool" for Iran's talks with the West.

Does Iran use foreign detainees to pressure the West?

Arrests of foreigners in Iran have increased since former US President Donald Trump withdrew from a nuclear deal with Iran and reimposed harsh sanctions against Tehran.

Rights groups have accused Iran of using foreign detainees to gain leverage in political negotiations with the West.

Although Tehran denies the accusation, there have been prisoner exchanges in the past.

Since April, world powers have engaged in negotiations with Iran in Vienna to try and revive the deal and bring Tehran back into compliance with its nuclear commitments.

Iran's negotiators have said that Tehran is open to exchanging prisoners.