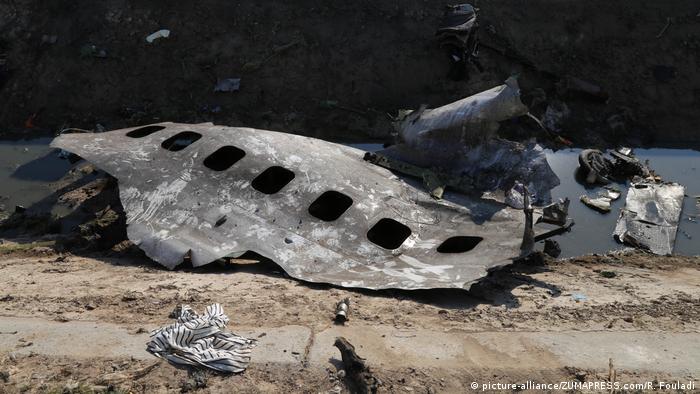 Iran has appeared to reverse course after its earlier decision to send abroad the black box flight recorders from the Ukrainian jetliner shot down earlier this month, saying Tehran would first review the audiotapes.

Hassan Rezaeifar, who is leading the investigation into the tragedy, was cited by the state-run IRNA news agency on Sunday as saying: "The flight recorders from the Ukrainian Boeing are in Iranian hands and we have no plans to send them out.''

"We are trying to read the black boxes here in Iran. Otherwise, our options are Ukraine and France, but no decision has been taken so far to send them to another country," he added.

A day earlier, another Iranian news agency, semi-official Tasnim, cited Rezaeifar as saying that it was not possible to interpret the recordings in Iran, and that the black boxes would be sent to Kyiv, where French, American and Canadian experts would help analyze them.

The air defenses of Iran's Revolutionary Guard shot the plane down shortly after it took off from Tehran on January 8, killing all 176 people on board.

Hours earlier, the Guard had launched ballistic missiles at US troops in Iraq in response to the American airstrike that killed Iran's top general in Baghdad.

Officials say lower-level officers mistook the plane for a US cruise missile.

Canadian Prime Minister Justin Trudeau has been calling for a full investigation into the accident, insisting Iran should send the black boxes to France for further analysis.

The majority of those who died in the crash were from Iran. The other four nations who had victims have demanded Tehran accept full responsibility, as well as pay compensation to the relatives of those that died in the tragedy.

The plane was a Boeing 737-800 that was designed and constructed in the United States. The engine was designed by CFM International, a joint operation between French group Safran and US group GE Aviation.

Iran's football federation has said it must hold all games in a third country. It was still unclear whether the decision would affect the national team's qualifiers for the 2022 World Cup. (17.01.2020)

Speaking at a memorial event, Prime Minister Justin Trudeau said there would be "justice and accountability." Fifty-seven Canadians were among the 176 dead after Iran accidentally shot down a passenger plane. (13.01.2020)

Iran has invited an international aviation monitor to send experts to investigate last week's crash. Canadian PM Justin Trudeau has said increased tensions "brought about by US actions" contributed to the tragedy. (14.01.2020)