Hundreds of female fans cheered for local champions Persepolis as they sought to claim their first continental crown. The move could be a step toward ending the decades-old exclusion of women from top games. 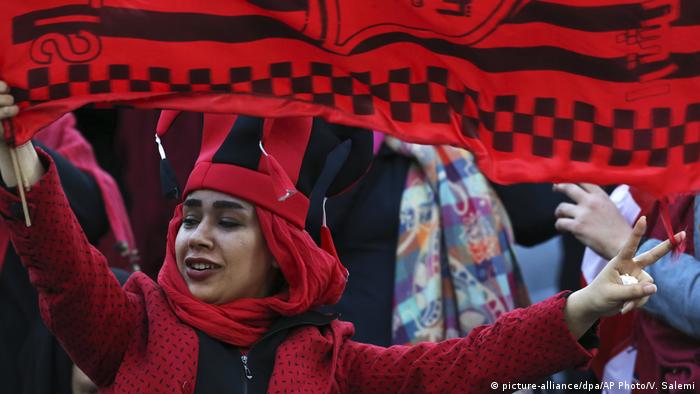 The move is being seen as a possible step toward ending decades-old exclusion of women from top football matches.

"Today is a historic and festive day for football, a real breakthrough," said FIFA boss Gianni Infantino, who attended the match.

The semi-official news agency Tasnim said an unspecified number of female football fans had entered the Azadi (Freedom) Stadium to cheer for Iranian champions Persepolis as they sought to claim their first continental crown. According to the state news agency IRNA, 850 tickets had been set aside for women.

"The fact that over 1,000 women could cheer their favorite team and that this took place during Asian football's most important game of the season, the AFC Champions League finale, makes this occasion even more special," Infantino said in a statement. 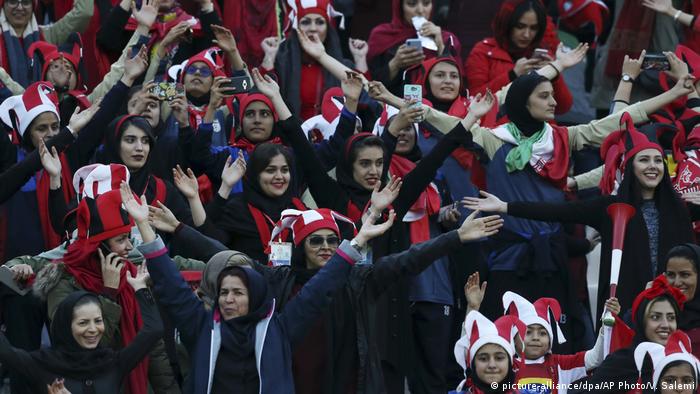 Hundreds of female fans cheered from stands set aside for them

Separated from male supporters, the women saw the local champions lose 2-0 on aggregate to Japan's Kashima Antlers after the second leg ended in a 0-0 draw.

Local reports said most of the women were relatives of players or members of Iran's female football and futsal teams and football federation employees.

Iranian women have rarely been allowed to attend men's sporting events in the country since the 1979 Islamic Revolution. Few have been granted access to matches involving top clubs since 1981.

FIFA has been in discussions with Iranian authorities to allow women to attend top-level games.

Last month, about 100 women were allowed to watch a friendly soccer match between Iran and Bolivia.

Campaign group Open Stadiums this week handed over a petition to FIFA signed by more than 200,000 people.

The World Cup has given Iranian women the chance to do what many take for granted — going to watch football matches. Activists are now pushing world football's governing body FIFA to end the ban issue once and for all. (27.06.2018)

A new wave of protests against the compulsory wearing of hijab has spread across Iran, resulting in the arrests of dozens of women. The government has accused the protesters of being under the influence of drugs. (06.02.2018)

Police in Iran have arrested 29 women who were waving their headscarves to protest the country's law making them obligatory. The protest has gained steam online as demonstrations continue in Iran. (02.02.2018)