Police in Iran have arrested 29 women who were waving their headscarves to protest the country's law making them obligatory. The protest has gained steam online as demonstrations continue in Iran. 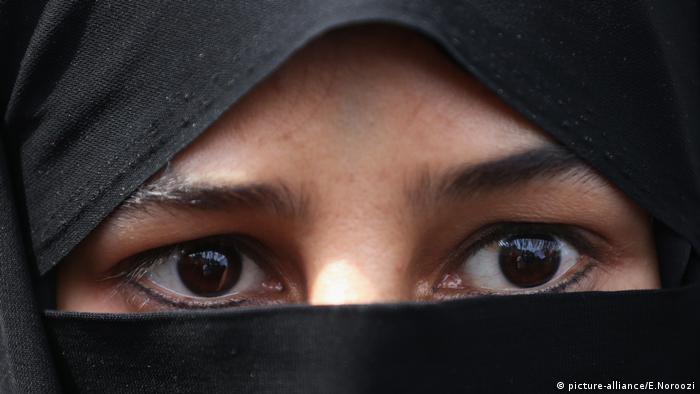 Iranian police said on Thursday that 29 women had been arrested for protesting the country's compulsory hijab rules, the private Tasnim news agency reported. Tasnim has strong links to the Iranian Revolutionary Guard and aims to defend "the Islamic Republic against negative media propaganda."

Iran's Islamic law, imposed after the 1979 revolution, requires women to cover their hair and wear long, loose-fitting clothes in public. Six other women were also reportedly taken into custody this week.

A growing number of women in Iran have been removing their hijabs and waving them on a stick to protest the Iranian law.

Several images and videos of the demonstrations have gone viral on social media. The protests have coincided with demonstrations against economic conditions in eastern Iran. Some have called for the country's supreme leader, Ayatollah Ali Khamenei, to step down.

Iranian President Hassan Rouhani has not addressed the headscarf protest as of yet, but has said that the government needs to listen to the population better.

"We can't get anything done if we don't have the people behind us and ignore their criticisms," Rouhani said.

- Protests in Iran: The genie is out of the bottle

The hijab-waving demonstration is part of a campaign started by exiled Iranian journalist Misah Alinejad, who one year ago encouraged women to post images and videos of themselves on social media with the hashtag #whitewednesdays.

The trend picked up momentum after videos and images were posted online in late December of a woman who was arrested for waving her hijab on a street corner in Tehran.

"We are fighting against the most visible symbol of oppression," said Alinejad, who also hosts the website My Stealthy Freedom. "These women are saying 'It is enough — it is the 21st century and we want to be our true selves.'"

Police in Iran seemed to take an indirect shot at Alinejad's campaign on Thursday, saying the 29 arrested women were "tricked" into removing their hijabs by a propaganda campaign spread by Iranians living abroad, the private news agency Tasnim reported.