Israelis have been following the protests in Iran avidly. Prime Minister Benjamin Netanyahu dismissed as "laughable" claims by Iran's President Hassan Rouhani that Israel was behind the unrest, reports Tania Kraemer. 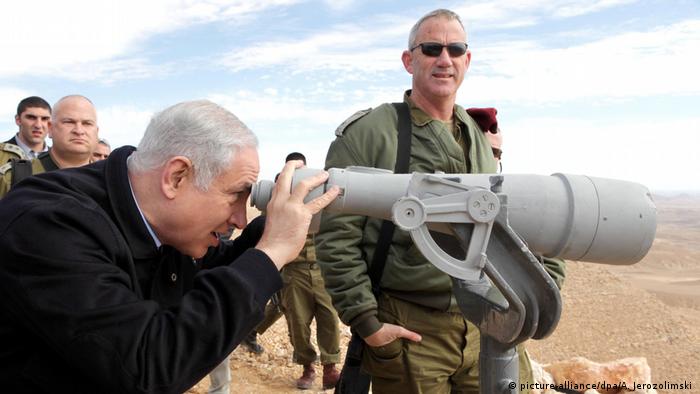 For decades, Menashe Amir has followed events in his native Iran — from his broadcast studio in Jerusalem. Every day he hosts a daily news bulletin in Farsi with "a point of view from Israel" on an internet radio station. He has also been following the recent wave of protests intently. "It think it is a very serious protest action. Whether the time is ripe for overthrowing the regime, I have the feeling it is too soon to say," Amir says. "But it might be the beginning of a deep and comprehensive change in the political situation in Iran. The demands of the protesters are very serious and it touches the daily lives of every citizen."

The Tehran-born Israeli came to Israel during the reign of the Shah of Iran. For many years, he was the voice of a popular weekly call-in program on Israeli state radio. Iranians could call in via a German phone number that directed their calls straight to his studio in Jerusalem. His critics sometimes accused him of spreading propaganda through a "Zionist radio station." Today, it is mainly through social media contacts that he keeps up to date with events, because whatever happens in Iran is of concern for Israel — the region's two archenemies. "In all the sorrows and difficulties that you see today in the Middle East, you see the finger of the revolutionary religious government in Iran." 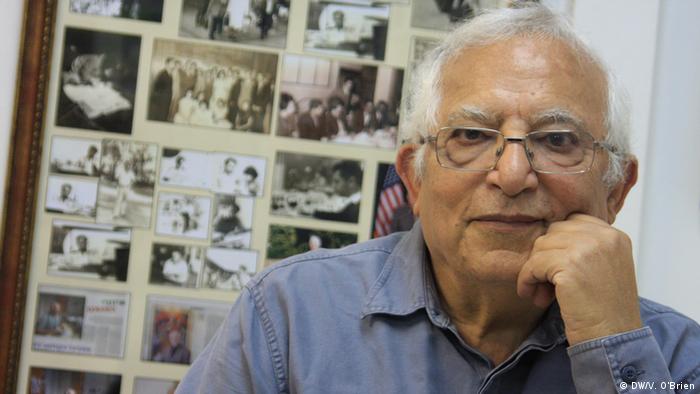 Menashe Amir is cautious in his hopes for Iran

The protests in Iran have dominated the headlines in the Israeli media in past days. But until Monday, official reaction had been somewhat muted. That is, until Iran's President Hassan Rouhani was quoted in Iranian state media as blaming the United States and Israel for instigating the unrest. After US President Donald Trump tweeted his support to the protesters, Israeli Prime Minister Benjamin Netanyahu didn't hold back. In a 90-second video message posted on his Facebook and Twitter accounts, he addressed the Iranian people and dismissed Rouhani's accusations, saying, "It's not only false, but laughable."

He went on to praise "brave Iranians pouring into the streets. They seek freedom. They seek justice. They seek the basic liberties that have been denied them for decades."

Netanyahu also used the opportunity to criticize European nations for not speaking out on behalf of the protesters. "European governments watch in silence, as heroic young Iranians are beaten in the streets. That is just not right. And I for one, will not stay silent," he said.

Some mainstream Israeli media outlets were more overt in their criticism of the EU not showing more open support for the protesters. "History won't forgive those who now stand idly by," wrote commentator Ben Caspit in the Maariv daily newspaper. Others explored the hope that the protests might lead eventually to "the fall of the ayatollah regime" and be "the beginning of a new Middle East."

But some Israeli experts cautioned against such openly supportive statements by Israeli officials. "The right thing to do for Israel: Just keep silent and just hope and pray in your heart," says Thamar Eilam Gindin, the author of several books on Iran and a professor at Shalem College in Jerusalem. "The problem with Israel expressing support by Israeli citizens or especially by the Israeli prime minister: It is counterproductive. If you express support for the demonstrators you play into the hands of the regime, because they will see it as proof that Israel is behind this." 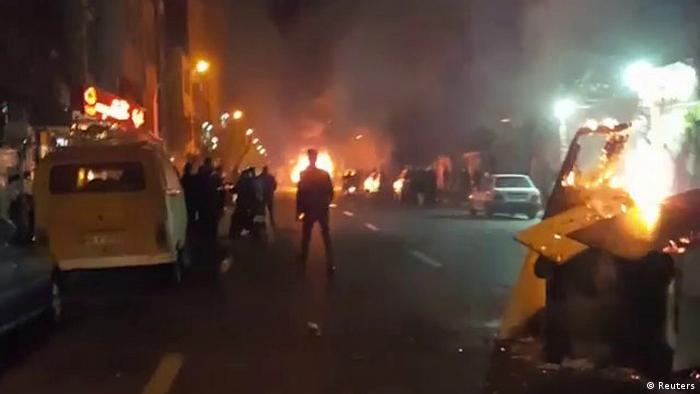 Whatever Israelis say about the protests in Iran could backfire

Former Mossad director Efraim Halevy echoed that thought, cautioning in an interview with the Jerusalem Post that "if we inject ourselves into the events in Iran, there will be no benefit from any point of view." He added, "We would be well advised not to stir the cauldron in Tehran."

Israel and Iran had close commercial, military and diplomatic ties until the fall of the Shah of Iran and the Iranian revolution in 1979. Since then they have become deadly foes, frequently exchanging rhetorical threats. Israel says that Iran's nuclear ambitions threaten its existence, and that Iran is funding proxy militant groups like Islamic Jihad and Hamas in Gaza and Hezbollah in Lebanon and Syria.

Today, the situation in war-torn Syria — and Iran's involvement in a post-war scenario — is one of Israel's most pressing concerns. A recently published strategic assessment by the Institute for National Security Studies (INSS) states that an escalation at the northern Israeli border could be caused by "Iranian activity to build a military force in Syria."

The Israeli government has repeatedly warned that it won't allow any Iranian presence near its borders. The northern area and its changing balance of power, the researchers wrote, remains one of the major security challenges for Israel in the coming years.