Integration study highlights key areas for Germany to improve | Germany | News and in-depth reporting from Berlin and beyond | DW | 12.04.2011

A study that measures integration policies has said Germany is only just above the EU average. The MIPEX study looks at migrants' opportunities to participate in society and governments' commitment to integration. 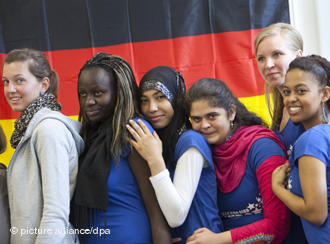 According to the third Migrant Integration Policy Index (or MIPEX), Germany is only just above the EU average when it comes to integration. The study compares the policies and structures that govern integration in 31 countries in Europe and North America.

There are about 4.3 million migrants from countries outside the European Union living in Germany, and on the whole, the study found integration policy to be "halfway favorable."

While performing better than other European nations like France (51), Switzerland (43) and Austria (42), Germany was nowhere near the study's leader, Sweden, at 83 points.

Guido Jansen from the British Council, who helped organize MIPEX, said Germany was in a "good mid-table position," but the study highlighted deficiencies in German policy.

"The availability of legal measures against discrimination were often seen as insufficient," said Jansen. "Institutions such as non-government organizations have a weak position," he added. Most other countries aive better help to potential discrimination victims.

What is the MIPEX index?

The index is the brainchild of the Migration Policy Group, an independent think-tank based in Brussels. Thrity-seven research institutes, NGOs, universities and think-tanks worked with the offices of the British Council, the UK's international organization for education and culture, in 31 countries. Previous publications were released in 2005 and 2007.

"In contrast with other studies in this field, the MIPEX study is a really big one," said Jansen.

How do the scores work?

The overall score can be broken down into seven distinct policy fields - such as political participation, education and family reunion for third-country nationals.

The comparison is carried out based on 148 indicators derived from international legal standards such as EU directives and European Council agreements. 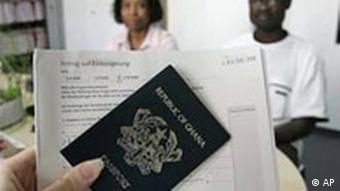 Germany's citizenship test was praised, but language expectations are too high

For example, the category concerning labor market mobility is measured using 16 indices, including how easy it is for a young person to become financially independent. Germany scored 77 for labor market mobility, which was well above average. The only criticism in this area was that Germany could recognize more foreign qualifications.

The survey criticized the introduction of German language tests for spouses living abroad and stated this "may undermine family reunions" and "discourage integration." MIPEX also found that Germany had the most restrictive conditions for long-term residence in Europe or North America.

However, the citizenship test was found to be the "most professional" and harmonized. In addition, MIPEX lauded amendments to the nationality law in 2009, which limited the period in which nationality can be revoked, due to fraud or deceit, to five years.

"A nation's integration policy changes relatively slowly," said Jansen. Changes in one policy area could drastically affect the scores in that area but would have only a minor impact on the overall score.

Less than half of Roma children living in the European Union finish school, according to the EU Justice Commissioner Viviane Reding. As part of a new EU-wide strategy, Reding says their access to education must improve. (05.04.2011)

Ahead of a conference of Islam leaders on Tuesday in Germany, Interior Minister Hans-Peter Friedrich distanced himself from previous comments by saying Muslims 'belong to this society.' (28.03.2011)

Thousands of foreigners live in Germany unable to work in their chosen profession because their qualifications aren't recognized. Meanwhile, industry is crying out for skilled workers - a situation that may soon change. (23.03.2011)

A tricky life for non-Europeans in the Danish capital

Amid a hardening of national identities throughout Europe, recent debate in many countries has focused on integration and immigration. In Denmark, many non-Europeans say this has translated into antipathy towards them. (13.03.2011)