Foreign skilled workers may soon get a lucky break | Germany| News and in-depth reporting from Berlin and beyond | DW | 23.03.2011

Thousands of foreigners live in Germany unable to work in their chosen profession because their qualifications aren't recognized. Meanwhile, industry is crying out for skilled workers - a situation that may soon change. 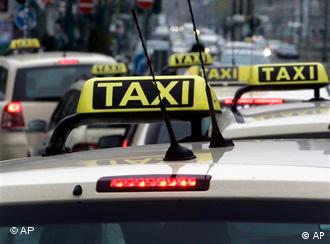 "We're competing worldwide for the best brains," the education minister, Annette Schavan, said at a press conference in Berlin on Wednesday. "So we have to optimize the potential of everyone who lives here."

The decision came in response to more foreigners entering the labor market at a time when Germany has a skills shortage in certain professions.

The German Chamber of Industry and Commerce DIHK estimates the nation has a shortage of 400,000 engineers, master craftsmen and skilled workers. The doctor's association Marburger Bund says Germany lacks 12,000 doctors at hospitals and 3,000 general practitioners.

Although the German economy is on the upswing, Schavan said the country needs additional workers to keep the momentum going. 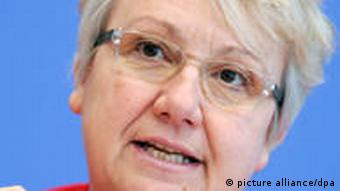 "'Our order books are full, things are looking great for us, so we need people - technicians, engineers!' - it's like a chorus in all businesses I visit," the minister said.

It's hoped the new legislation will attract more skilled laborers to the country and give an estimated 300,000 skilled immigrants who already live in Germany access to the labor market in their area of expertise. Around 250,000 of these workers have a vocational degree, 23,000 a masters or a technical qualification and 16,000 a university degree, according to Schavan.

The bill applies to 500 professions, 350 of which are jobs that require occupational training, mainly in small trades, industry and administration. Germany's states have also expressed their intention to relax the rules for professionals like teachers and engineers, whose qualifications are regulated by states rather than the federal government.

Schavan said the government would also relax the rule requiring a German passport for certain professionals, like doctors. "In future, the question of somebody's nationality will not play a role in professional recognition," she said.

A boost to integration

Schavan said she hoped the changes would send a more welcoming message to potential workers.

"It's a question of respect, which has to be seriously looked at. Until now, we haven't been very good in this area," Schavan said.

While industry has reacted positively to this new measure, some say it's not a panacea for the shortage of skilled workers. 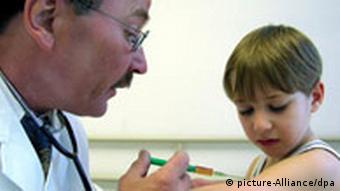 Members of the opposition also questioned how the law would work in practice.

"There's a jumble of different institutions," said Daniela Kolbe, a member of the opposition SPD party.

The new law, which requires parliamentary approval, will set up a central hotline where foreign nationals can apply for their qualifications to be reviewed.

Assessors will have up to three months to decide whether to recognize an individual's qualifications, based on data on vocational standards around the world.

They will also be told what further training they need to do to get full recognition.

Every year thousands of executives and scholars leave Germany for other EU nations. Two new studies say the country isn't doing enough to attract foreign talent and should do more to promote a "welcoming culture." (17.11.2010)

Germany intends to expand the program of courses to help immigrants to integrate. Chancellor Merkel pointed to successful examples of integration and said society should put more effort into working with immigrants. (03.11.2010)