Berlin announces plans to promote integration and attract skilled workers | Germany | News and in-depth reporting from Berlin and beyond | DW | 18.10.2010

Following claims that multiculturalism has failed, Germany has announced plans to promote the integration of immigrants into society. Ideas include German language classes and speedier recognition of foreign diplomas. 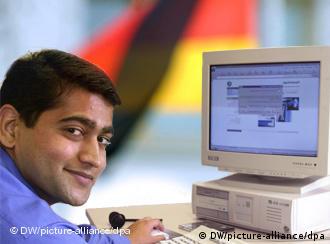 Immigrants would be required to take German classes

The German government announced plans on Monday for legislation to promote the integration of immigrants into mainstream society, following Chancellor Angela Merkel's assertion on Saturday that multiculturalism had "utterly failed."

"For a while multiculturalism in Germany was about immigrants living as they wished and not putting integration too much in the forefront,” said spokesman Steffen Seibert at a government press briefing in Berlin. "In everybody's interest, this society has to act, and the government will act."

Seibert said Merkel's center-right coalition cabinet planned to adopt "concrete" new regulations next Wednesday on immigration policy and residency permits. The legislation would focus on German language courses and combating forced marriages, and make it easier for foreign diplomas to be formally recognized.

The government aims to get the bill passed into law in December.

"This country is extremely glad to have hundreds of thousands, probably millions, of people with foreign roots who are well integrated," Seibert said. "But we also recognize, and perhaps we are stressing it more now than in years gone by, that with some foreigners integration is not happening as it should. In some cases it is quite openly being rejected." 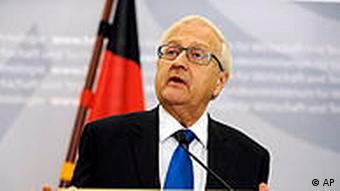 Bruederle wants Germany to follow the lead of Canada and Australia

Meanwhile, plans to streamline the process of recognizing foreign qualifications would allow an estimated 300,000 immigrants get jobs in their fields of expertise, said Education Minister Annette Schavan in an interview with the Financial Times Deutschland on Monday.

"Anyone who has studied abroad will be entitled to an equivalent qualification in Germany," she said. "Qualifications from abroad should be evaluated with the same criteria as those obtained in Germany."

Economics Minister Rainer Bruederle, of the liberal Free Democrats, the junior partner in Chancellor Merkel's coalition, has proposed an immigration model based on those in Canada and Australia that would grant permanent residency to foreign applicants whose skills could fill holes in industries experiencing a labor shortage - industries like natural and engineering sciences, computing, nursing and medicine.

"It's crucial to overcome existing shortages," Bruederle told reporters in Berlin on Monday. “We are not aiming to close our borders to asylum-seekers who fear for their lives. But it's legitimate for a country to specifically look for people who can help advance its economy."

Under the current system, immigrants or Germans who have earned their qualifications abroad must pass a series of practical and theoretical exams, interviews and evaluations that can often take years to complete. Under the new legislation, which could take effect in 2011, that period would take no longer than three months. 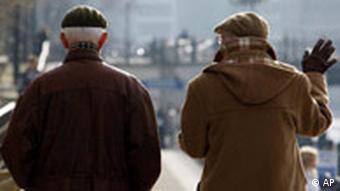 Half a million immigrants needed yearly

With an aging population, Germany's pool of qualified labor has long been of concern to employers. "About 70 percent of German industry is already short of skilled personnel," said Bruederle. "This is going to worsen as the German population is set to dwindle by five million over the next 20 years.

"It's estimated that we need up to half a million immigrants every year to fill existing jobs. So in view of these figures I consider attempts to keep Germany closed to foreigners to be foolish." Bruederle estimates that the German economy lost about 15 billion euros ($20.9 billion) in 2009 alone due to a shortage of skilled labor.

Bruederle's comments, however, met with criticism from the CSU, one of three parties in Merkel's ruling coalition.

"We think such a program is unnecessary," said Alexander Dobrindt, the CSU's secretary general. “We must first provide unemployed Germans with necessary qualifications and get to grips with the integration problems of foreigners already living here. More foreigners will only lead to more problems integrating them."