President Wulff heads to Turkey as German integration debate heats up | Germany| News and in-depth reporting from Berlin and beyond | DW | 18.10.2010

German President Christian Wulff heads to Turkey on Monday for a state visit that comes as Germany grapples with the problem of integrating its four million Muslims, most of whom are Turkish. 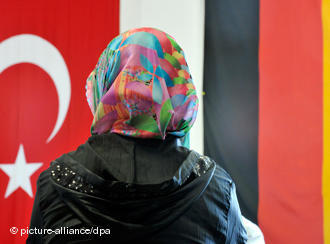 Not all Germans agree with Wulff's call for tolerance

President Christian Wulff arrives in Ankara on Monday as the first German head of state to visit Turkey in over 10 years. In light of the current media frenzy over Muslim integration, he will be facing the most difficult visit of his young presidency.

Wulff is set to give a speech before the Turkish parliament, the first ever by a German leader, in which he will most likely address the topic of integration of Muslim immigrants in German society.

Wulff's recognition of Islam as "part of Germany," which he expressed during a speech to the nation during reunification celebrations earlier this month, has set off a row in Germany, sparking several high-ranking politicians to address the topic publicly.

On Saturday, Chancellor Angela Merkel joined that list by proclaiming that "multiculturalism has utterly failed" in Germany.

"Those who want to take part [in our society] must not only obey our laws, they must also master our language," she said, agreeing, however, with Wulff that Islam was "part of Germany." 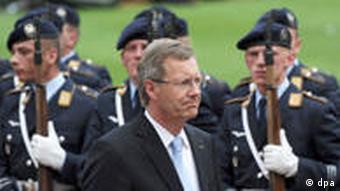 Merkel's comments came a week after a visit to Berlin by Turkish Prime Minister Recep Tayyip Erdogan. There, the two leaders said they would work to improve the integration of the some 2.5 million members of the Turkish community in Germany.

According to the results of an Interior Ministry study released earlier this year, Turks are the minority group in Germany with the most pronounced integration problems. The study said around one in five Turks living in Germany spoke either "bad" or "no German at all" and that language difficulties were the main obstacle to the successful integration of Turkish immigrants.

In her speech on Saturday, however, Merkel also underscored the continued importance of immigration to Germany and the job market, especially highly skilled migrants.

She pointed out that 200,000 Germans retired and left the job market every year, and weren't replaced, which could lead to companies leaving Germany due to labor shortages. 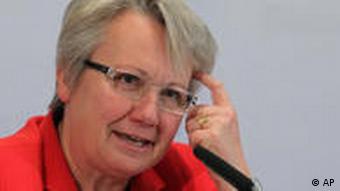 Key members of Merkel's cabinet echoed those sentiments on Sunday. At a Christian Democratic youth rally, Education Minister Annette Schavan called for improved recognition of degrees earned abroad, saying over 300,000 immigrants currently living in Germany are fit for more skilled labor than that required for their current occupations.

Economics Minister Rainer Bruederle called for more "controlled immigration," referring to the "indispensable role" of immigrants for the German economy.

"For several years, more people have been leaving our country than entering it," she told the weekly Frankfurter Allgemeine Sonntagszeitung. "Wherever possible, we must lower the entry hurdles for those who bring the country forward."

The ministers were responding to calls made last weekend by Bavaria's state premier for a "stop to Muslim and Arab immigration." After making the statements, Horst Seehofer explained that the lack of skilled workers did not necessitate a policy of open-ended immigration. 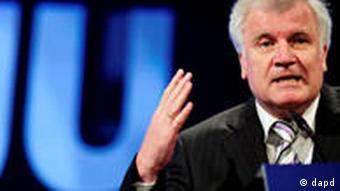 Seehofer has met with widespread criticism among rights groups and politicians who accuse him of fostering radicalism. Malu Dreyer, who chairs an integration panel representing Germany's 16 federal states, said Seehofer was attempting to use the "illogical cliches and fears among the German people to impede the atmosphere of integration."

Dreyer added that Seehofer had simply adopted the general racist fear that "immigrants are unwilling to integrate and only there to cash in on the benefits of the states."

Pro/Contra: Is the debate harming integration in Germany?

German political discussion is currently focussed on one issue: integration (18.10.2010)

Trade between Germany and Turkey is brusk, though hurdles remain (18.10.2010)