Indonesian foreign minister: ′Trying to create a culture of tolerance′ | Asia| An in-depth look at news from across the continent | DW | 20.02.2017

Indonesian foreign minister: 'Trying to create a culture of tolerance'

Concerns abound in recent times about the threats posed by radicalization and terrorism to Indonesian society. The country's foreign minister spoke to DW about how the government is tackling these issues. 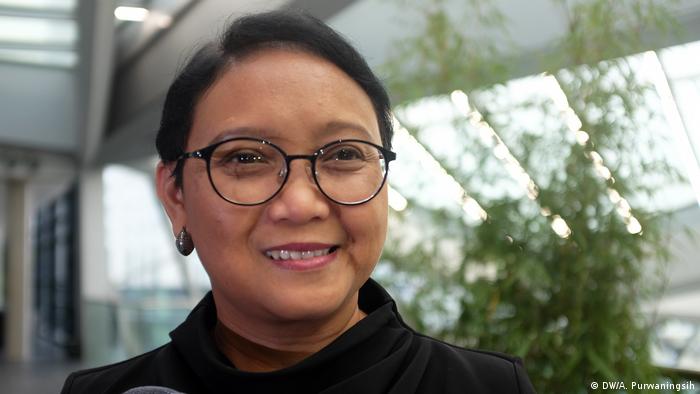 DW: There are growing concerns about increasing radicalization in Indonesia. How vulnerable is the country to this threat?

Retno Lestari Priansari Marsudi: Let me start by saying that radicalization is not a problem limited to any particular country. The threats of radicalism and terrorism are faced by almost every nation worldwide. We discussed them during the G20 meeting and also ways to improve and coordinate counter-terrorism measures.

Terrorism is one of the most challenging threats to world peace. In 2015, for example, outfits affiliated to IS [the so-called Islamic State terror group] were responsible for carrying out attacks in 28 countries. That figure was twice the number of attacks in 2014. Over the past 16 years, 93 nations have experienced terror attacks, resulting in some 32,000 deaths. I, therefore, would like to stress that no country is immune to terrorism.

What measures are being put in place by Indonesia to deal with these threats?

I think Indonesia is a good example for how to cope with such threats. We have the biggest Muslim population of any other country in the world, and at the same time our community is very heterogeneous. We are therefore trying to create a culture of tolerance.

The election for Jakarta's top job goes to the second round, as incumbent Ahok fell short of an outright win. Indonesia expert Susanne Schröter says this is a further sign of the increased radicalization in the country. (16.02.2017)

Indonesia's upcoming regional elections have been overshadowed by Muslim mass protests against the candidacy of Jakarta's Christian governor Ahok. The country is on a dangerous course, says Berthold Damshäuser. (13.02.2017)

Indonesia cracks down on condom sales on Valentine's Day

The restrictions on Valentine's Day come as some have warned of the growing influence of religious hard-liners. Local authorities in parts of Indonesia say the holiday is against cultural norms. (14.02.2017)

Unofficial polls indicate the election for a new governor in Jakarta will go to a second round. A blasphemy trial facing incumbent Basuki Tjahaja Purnama or 'Ahok' has overshadowed the campaign. (15.02.2017)

Since the birth of Indonesia as a country, we Indonesians know we have different ethnicities and multiple religions, but we all want to have one country - Indonesia. So a culture of tolerance is always there. However, as evidenced by almost all countries, Indonesia has also faced radicalization and the threat of terrorism. But Indonesia has so far been able to cope with the situation.

Whereas most countries focus on hard power to counter radicalism and terrorism, Indonesia has laid emphasis on a soft power approach, and it's working very well.

How do you think the fears surrounding radicalism would impact Indonesia's economic development prospects?

I don't think international investors are worried at all about the threat of radicalization in Indonesia, as everybody is aware that this kind of danger exists everywhere. Regarding foreign investment, the president of Indonesia has always stressed his commitment to make the nation's economy more open and competitive. This is reflected in the government's initiatives over the past year, when we introduced 14 economic reform packages. With these measures, we do hope to draw in more foreign investment into our fast-expanding economy.

Again, we are striving to make our economy more open and competitive and this should attract greater foreign investment into the country.

Many are calling on Indonesia to step up its efforts to help tackle the Rohingya crisis. How do you envisage the Indonesian government's response to the problem?

To start with, Myanmar is an ASEAN [Association of Southeast Asian Nations] country, like Indonesia. If something happens in Myanmar, it will surely affect the rest of the region. So there are only two options here: either help Myanmar resolve the problem or don't help.

Indonesia, for its part, has decided to actively and constructively engage with Myanmar. We understand the problem there, which created a humanitarian crisis and a security concern in Rakhine state. We continue to convey our concerns to the Myanmar government and stress on the need to create an environment that is conducive for peace in Rakhine. 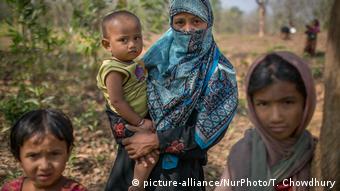 Retno Lestari Priansari Marsudi: 'Indonesia has decided to actively and constructively engage with Myanmar' on the Rohingya issue

We have also communicated with Myanmar on the importance of protecting and respecting the human rights of all communities, including the Muslim communities. We also underline the significance of inclusive economic development, particularly in Rakhine state.

This way, we convey our views, concerns and criticisms to our counterparts in the Myanmar government, while offering our assistance at the same time.

Furthermore, I have discussed the issue of Rohingyas with many stakeholders, including Kofi Annan. I have visited Myanmar three times, traveled to Dhaka and paid a visit to the refugee camps in Cox's Bazar.

I want to underscore that we would like to not only help Myanmar in addressing the immediate issues in Rakhine state, but also provide more medium- and long-term assistance for the country's development.

The interview was conducted by Vidi Legowo-Zipperer during the recent G20 foreign ministers summit in Bonn, Germany.