Indonesia's upcoming regional elections have been overshadowed by Muslim mass protests against the candidacy of Jakarta's Christian governor Ahok. The country is on a dangerous course, says Berthold Damshäuser. 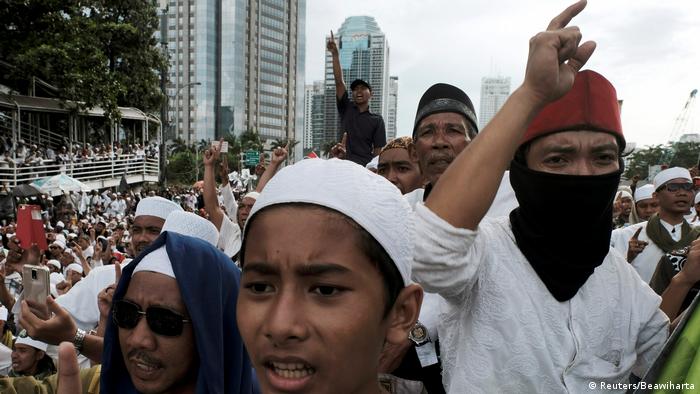 The re-election of Jakarta's Basuki "Ahok" Tjahaja Purnama, the minority Chinese-Christian governor, is not the only uncertainty shaking Indonesian politics. The future of the county's secular democracy is becoming more unclear as Islamist groups gain more traction and visibility.

Ahok was accused in November 2016 of blasphemy by the "Islamic Defenders Front" (FPI) group, after he commented that "If you cannot vote for me because you're afraid of being condemned to hell, you do not need to feel uneasy, as you are being fooled." His critics say this was criticism of a verse from the Koran that could be interpreted as a warning for electing a non-Muslim leader.

The governor, who is the first ethnic Chinese Christian to lead Jakarta in more than 50 years, rejects the charges. Major public protests helped prompt the trial. (13.12.2016)

Jakarta's Christian governor is facing blasphemy charges. Amidst protests against this close aide of Indonesian President Jokowi, experts say that Islamists and opposition groups are trying to destabilize the government. (18.11.2016)

The Christian politician is under fire for allegedly breaking Indonesia's blasphemy laws. Rivals have accused Ahok of insulting the Koran, prompting protest and riots in Jakarta to call for his resignation. (07.11.2016)

Ahok is the first non-Muslim governor of Jakarta in 50 years. After massive protests led by the FPI, he was put on trial in December 2016 for blasphemy. Ahok has received death threats and his electability at the polls on Wednesday is seriously damaged.

The protests and subsequent trial for are indicative of the growing role of religion as a political tool in Indonesia and the diminishing place of secularism in the Muslim-majority country.

DW: In the West, Indonesia has always been seen as a moderate Muslim country. What's the current state of moderate Islam in the country?

Berthold Damshäuser: I have been studying Indonesia for 40 years. In this period, the country has changed fundamentally, politically as well as in cultural and religious regards. You can see it when you look at the way Indonesian women dress today. Islamic clothing has become prevalent and you rarely see women without a hijab. The traditional moderate form of Islam has become weaker and religious tolerance is on the wane. At the same time, Islamist groups continue to gain strength. Indonesia is virtually teetering on the brink of disaster.

What was the country like when you first visited Indonesia?

At that time, about 85 percent of Indonesians adhered to Islam, but it was a rather formal form of creed. In the 1970s, the country was still characterized by traditional Javanese culture, which in effect was Indonesia's dominant culture. This Javanese culture featured a tolerant syncretism, a blend of animism, Hinduism, Buddhism and Islam. It was called "Javanese religion" not without good reason. Its representatives looked down on the dogmatic systems of the book religions and turned to the mysticism of Java, the so called Kebatinan, which incorporated Islamic, Hinduistic and even Christian elements. It even occurred that in certain Javanese families some children were baptized while others were raised as Muslims.

All that has been lost by now and today, most Javanese turn their backs on their own culture. You can say that the Javanese identity has been replaced by an Islamic identity during the re-Islamization in the 1980s. The same is true for other Indonesian ethnicities, whose identities have also been turned into an Islamic identity. Unfortunately, this promotes growing Islamist tendencies in Indonesia and further weakens moderate Islam. 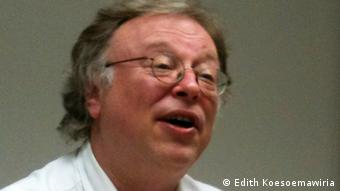 What are the features of moderate Islam in your point of view?

In Indonesia, the country's state ideology Pancasila can be viewed as a touchstone. The first principle of Pancasila says that the Indonesian state is based on monotheism and does not favor a certain religion. This means, it rules out Shariah (Islamic law) as the country's official law. It also rules out the rejection of a governor, because he is Christian and not Muslim. This means: every single person, who rejects the ruling Christian governor of Jakarta on religious reasons, can no longer be considered a "moderate." Unfortunately, it seems today that non-moderate views are being shared by a growing majority of people in Indonesia.

How do Indonesian politicians react to the growing influence of Islamists?

They react in various ways. Some are helpless, while others use it for their own benefit. Unfortunately, there are political forces that have existed for some time, which think they can profit from the cooperation with Islamists.

For example, there is the "Islamic Defenders Front" (FPI), which was founded in 1998 during the authoritarian reign of President Haji Mohamed Suharto. At the time, Suharto was forming closer ties to the Javanese religion, which he used as a bulwark against liberal forces. Incidentally, these forces were able to force him from office but this strategy of using religious elements for political gain continues today.

Could you specify this?

Events in recent weeks and months suggest that even secular political elements in Indonesia, like opponents of President Joko Widodo, have been increasingly trying to gain favor with Islamists. This especially includes the FPI.

They are currying favor with the leader of the Front, Habib Rizieq, who as a result has gained political clout. He has declared himself the "Grand Imam" of Indonesian Islam, which is a downright preposterous claim, but more than a few Indonesians accede to it.

Rizieq successfully got rid of his image as a hate preacher, who was notorious for inciting hate crimes and calling for murder in the name of Islam. He should have never been allowed to enter the political stage. This phenomenon has set a precedence, which will become indispensible for politicians who are thinking about short-term benefits. 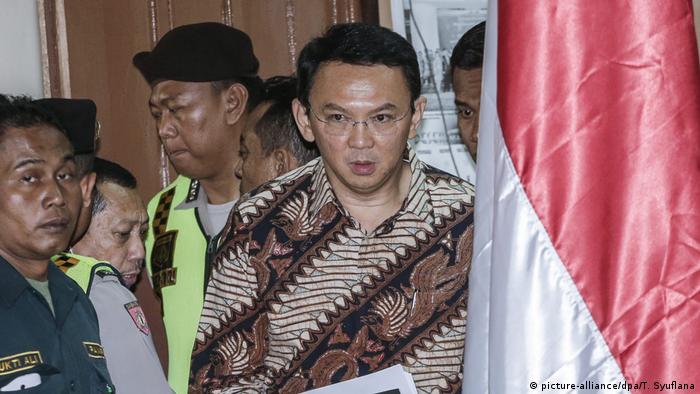 How does Indonesia counter Islamism?

Fortunately, there are strong and capable forces in Indonesia that counter Islamism. The PDIP party of former President Megawati is one example. There are also large parts of Indonesia's civil society, liberal intellectuals, the media and moderate Islamic organizations that won't just surrender to the Islamists. That's why the outcome of this culture struggle is far from certain. The government appears to be hesitant and helpless, though President Jokowi is certainly an ideological opponent of the Islamists who want to get rid of him.  The fact that he thinks a ban of the clearly anti-constitutional FPI is too risky, tells us a lot. Even the stance of the Indonesian military, which traditionally used to be secular, has been questioned by many people in Indonesia.

Why are the country's liberal and secular forces so hesitant?

Any political debate in Indonesia has too take into account that the majority of voters (85 percent) in Indonesia are Muslim. Criticism of Islamists is often seen as an attack on Islam itself - even by many moderate Muslims. Besides that, many Muslims in Indonesia think that Islam has to be defended against strong and aggressive enemies in the country and abroad. This includes Western neo-imperialism and cultural imperialism, neo-liberalism, an allegedly revitalized Indonesian communism, and recently, against the influence of China on Indonesia's economy and government.

Islamists especially use this defensive narrative. People who oppose this reasoning are being dubbed "Islamophobic" and serve as an excuse for the fact that the defense of Islam is justified. Of course, they turn reality upside down. 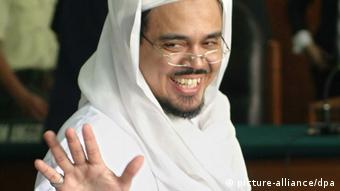 Considering all this, what is the state of Indonesia's democracy?

"Democracy" is one of the many cloudy words we have to use. Despite some shortcomings, the country's existing liberal democracy has been successful. But we have to ask if it is stable. There are even strong secular alignments, which consider a liberal Western democracy unfit for Indonesia. Former General Prabowo Subianto, who lost the last elections only by a narrow margin, comes to mind.

In a worst case scenario, it could mean the formation of an authoritarian Islamistic country. It doesn't have to come to that, but unfortunately, today it is within the realms of possibility.

Berthold Damshäuser is a malayologist teaching at the University of Bonn since 1986. He is the author and publisher of scientific journals and books on Asian culture and Indonesia.