President Joko Widodo has asked parliament to sign off on a plan to move the nation's capital to Borneo island. Jakarta is one of the world's fastest sinking cities; a third of its land could be submerged by 2050. 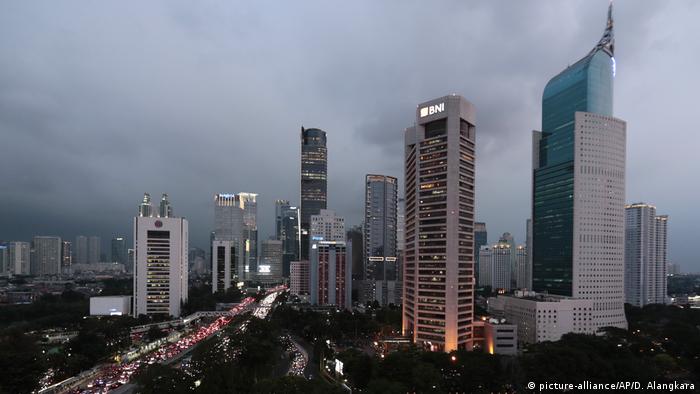 Indonesia's president on Friday vowed to press on with plans to relocate the nation's capital from Jakarta as the city sinks by up to 25 centimeters (10 inches) a year.

In his state-of-the-nation address, President Joko Widodo asked parliament to sign off on proposals to move the capital to Borneo island, although he didn't specify an exact location.

"I'm asking for your permission to relocate our capital to the island of Kalimantan," Widodo told lawmakers, referring to Indonesia's portion of Borneo — an island shared with Malaysia and Brunei.

Relocating the country's administrative and political heart could spell the death knell for the megacity of Jakarta, which has a population of 10 million, but swells to three times that size when the greater metropolitan area is included.

Lying on the crowded island of Java, Jakarta is now one of the world's fastest sinking cities, thanks to years of unchecked development and rising sea-levels.

Depleted groundwater reserves and the construction of new skyscrapers have caused land subsidence and compression, prompting environmental experts to warn that a third of the city could be submerged by 2050.

Jakarta lies in an earthquake zone, on swamplands, and near the confluence of 13 rivers. Some parts of the city now sit some four meters below sea level, leaving millions vulnerable to natural disasters as a result of climate change.

Discussions to move the capital have been going on for decades but moved forward in April when Widodo approved the current plan in spite of efforts to find solutions to prevent Jakarta's impending decline.

Even a $40 billion (€36 billion) project to build artificial islands in Jakarta's bay, to act as a vast coastal wall against the Java Sea, isn't expected to be finished until 2025. 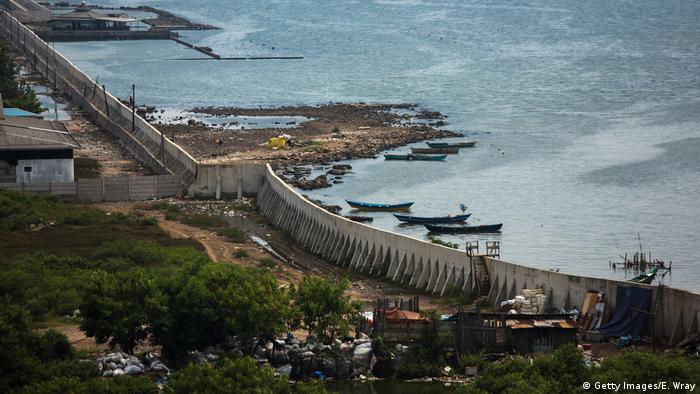 Widodo, who was re-elected for a second term in May, spoke ahead of Indonesia's 74th independence anniversary on Saturday.

As well as the move, he said his administration would roll out measures to kickstart Southeast Asia's largest economy as it feels the sting of slowing global growth.

The economy has been expanding around 5% annually, but well short of the 7% Widodo had pledged in his first term.