The world's largest palm oil producer has called the EU "discriminatory" over its plan to phase out biofuels. Europe is concerned about the environmental destruction and human rights violations practiced by the industry. 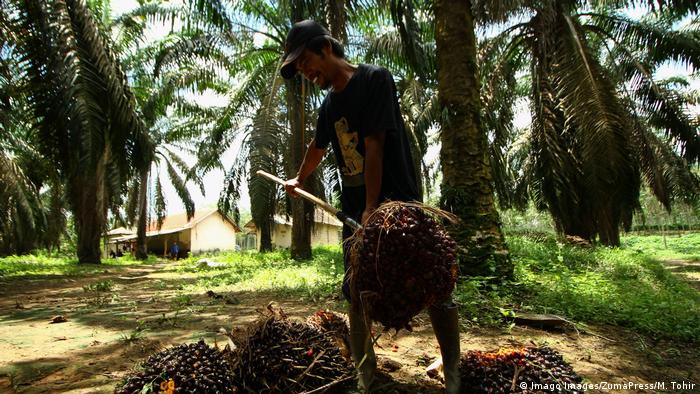 The government of Indonesia filed a lawsuit on Monday against the European Union with the World Trade Organization (WTO) over the EU's plan to phase out palm oil-based biofuels. Indonesia is the world's leading palm oil producer, but Europe is concerned with the environmental devastation caused by deforestation.

"Indonesia officially sent a request for consultation on December 9, 2019 to the EU as the initial step for the lawsuit," Trade Minister Agus Suparmanto said in a statement.

Its government has repeatedly said it will challenge the EU's renewable energy directive, known as RED II, at the WTO’s dispute settlement body.

An official in neighboring Malaysia, the world's second-biggest palm oil producer, told French news agency AFP that she would seek a meeting with EU counterparts before deciding whether or not to file a lawsuit as well.

"I want to give my trip a chance and see whether I can avoid filing the case at the WTO," said Teresa Kok, who oversees Malaysia's palm oil industry, of a visit to Europe in March.

Palm oil is one of Indonesia's two main exports, along with coal briquettes. The industry has completely changed the landscape of Sumatra and Borneo over the past 50 years, with production skyrocketing from 157,000 metric tons in 1964 to 41.5 million in 2018.

The palm oil industry has caused not only widespread destruction of Indonesia's rainforests, the biome most responsible for the regulation of global temperatures, but has brought species like orangutan, Sumatran tigers, Sumatran elephants, and the Malaysian sun bear to the brink of extinction.

Production of palm oil is also well-known for human rights violations such as forced labor, gender discrimination, child labor, and the widespread exploitation of workers. The industry has also forced many thousands of people from their homes.

Palm oil is not only in fuel, but by some estimates is in 50% of consumer products, most notably cosmetics and chocolate.

Indonesia fires emit more CO2 than blazes in the Amazon