Indonesia's parliament has created a legal framework for relocating the capital from congested Jakarta to the Borneo jungle. The president has promised a zero-emissions paradise. Critics call it an environmental threat. 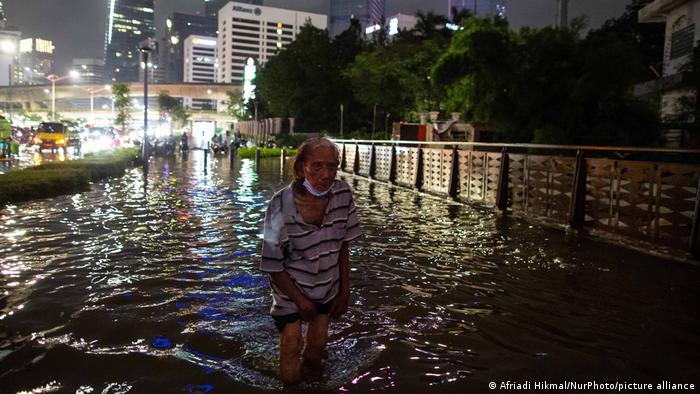 Indonesia's capital Jakarta is threatened by rising oceans, experts predict a third of the city could be underwater by 2050

Indonesia's legislature on Tuesday passed a bill that creates the legal framework for moving the country's capital from Jakarta — a sinking, congested, polluted and flood-prone megacity with more than 10 million residents — to the jungles of Kalimantan, on Indonesia's portion of the island of Borneo, about 2,000 kilometers (1,200 miles) away.

Tuesday's bill, known as the state capital law, outlines a governing body called the State Capital Authority and specifies how how the $32 billion (€28.2 billion) dedicated to its construction should be spent.

"The new capital has a central function and is a symbol of the identity of the nation, as well as a new center of economic gravity," Planning Minister Suharso Monoarfa said.

Indonesia: Why Central Java is slowly sinking into the sea

When did Indonesia begin work to move the capital?

Initial construction on the project, originally put forth by Indonesian President Joko Widodo — known as Jokowi — in April 2019 and scheduled to begin in 2020, had been hampered by the coronavirus pandemic.

Now, roads and ports will be among the priority infrastructure projects to be tackled from 2022 to 2024.

Indonesia's Finance Ministry says some of the projects undertaken will be carried out by public-private partnerships, or PPPs.

Before Tuesday's vote, the president said the new capital would be a place "where the people are close to any destination, where they can bike and walk everywhere because there are zero emissions."

He said the capital "will not only have government offices, we want to build a new smart metropolis that can be a magnet for global talent and a center of innovation."

This ambition was echoed by a government statement claiming that the new capital will put Indonesia "in a more strategic position in world trade routes, investment flows and technological innovation."

The government hopes that the new capital of Indonesia — Southeast Asia's most populous country and largest economy, and home to the world's largest Muslim population — will become a low-carbon pharmaceutical, health and technology "super hub." 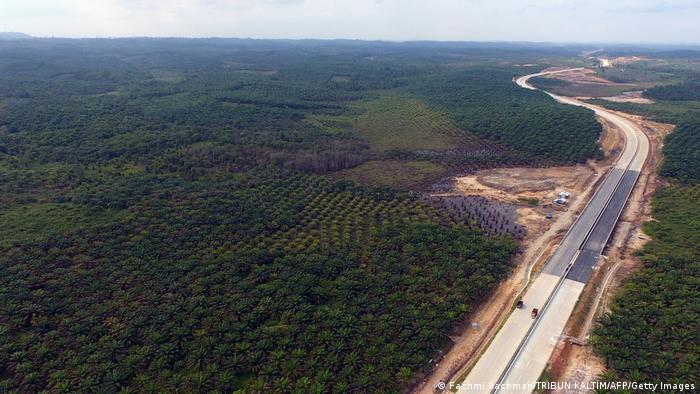 The government says it will create a zero-emissions utopia; critics fear destruction of endangered animals and their habitat

Where will Indonesia's new capital be?

The new capital is set to occupy about 56,180 hectares (216 square miles) in East Kalimantan province on the Indonesian section of Borneo — an island that it shares with Malaysia and Brunei. A total of 256,142 hectares have been set aside for the project, with the additional land earmarked for future expansion.

Several presidents have proposed such a move in the past. Widodo, however, is the first to go through with it, even selecting its name, "Nusantara," meaning archipelago in Indonesian.

The move has been seen as unavoidable as the greater Jakarta area burgeons to more than 30 million residents and environmental experts warn that a third of the city could be underwater by 2050.

Though advocates have highlighted the upside of the move, critics say the megaproject further threatens Borneo's rain forests — already under attack by the country's mining and palm oil industries — and the endangered species that inhabit them.

Critics also bemoan the fact that the law was rushed through parliament with little public consultation or environmental impact assessment.

Is Indonesia the first country to relocate its capital?

No time frame has been set for finalization of the project, and Jakarta will remain Indonesia's capital until a presidential decree is issued to formalize the move.

Should Nusantara become a reality, Indonesia would be following in the footsteps of Brazil (1960), Malaysia (2003) and Myanmar (2006) by moving the center of government out of an overpopulated city to one dedicated as a seat of government.

Indonesia consists of about 17,000 islands, yet more than half of its 270 million residents live on Java, which is the world's most-populous island.