Indonesia's president has provided fresh details on the location and cost of a new capital on Borneo. The capital Jakarta is overcrowded and sinking. 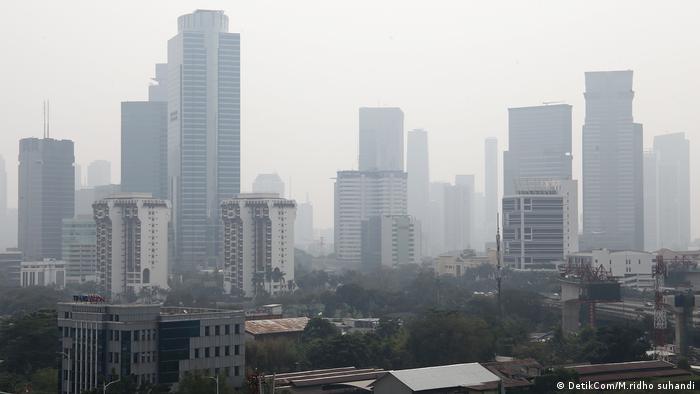 The new capital would be located in Borneo's East Kalimantan province between Samarinda City and the port city of Balikpapan.

"It is a strategic location at the center of Indonesia, close to a growing urban area," Widodo told a news conference.

The move is to be funded by the state, public-private partnerships and private investment.

The president earlier this month proposed moving the capital to East Kalimantan but officials had not mentioned an exact location.

Jakarta has a population of 10 million and three times that number including nearby areas. It is located on Java Island, a commercial center that accounts for 58% of Indonesia's gross domestic product and is home to about half of nation's 260 million population.

Jakarta is prone to floods and is sinking due to the overuse of groundwater. Java is also susceptible to volcanos and tsunamis.

Environmental groups have criticized plans to move the capital out of concern for Borneo's vast forests and endangered wildlife.

Widodo said he would soon submit a draft bill to parliament to approve the relocation.

After a Chinese ban, a rise in plastic trash exports to Malaysia, Vietnam, Thailand, Indonesia and Philippines causes a political stink. (04.07.2019)

EU vs. Indonesia: Is it really a trade war?

The European Union has slapped countervailing tariffs on imports of subsidized biodiesel from Indonesia. The southeast Asian country has threatened to retaliate but experts say counter tariffs could be self-destructive. (16.08.2019)