Indian women fighting cancer with sanitary pads | Asia | An in-depth look at news from across the continent | DW | 22.09.2017

In a country where many still view menstrual blood as a prop for black magic, a team of scientists in India have dared to convince rural women to hand over used sanitary pads to help detect cervical cancer. 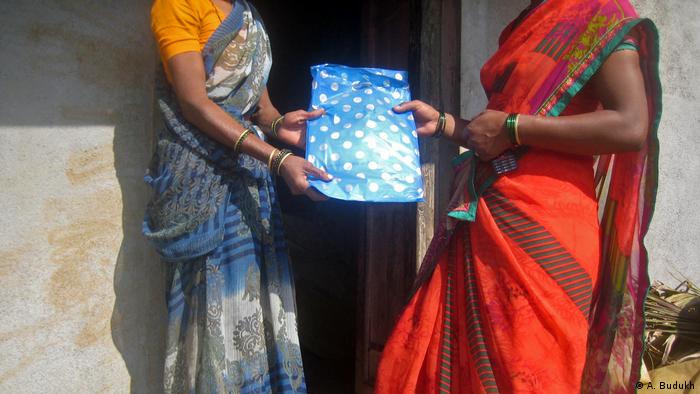 India accounts for a third of the deaths due to cervical cancer globally, with two women dying every 15 minutes. A new case is diagnosed in the country every four minutes. The cancer, which affects the opening of the uterus, can be treated effectively if detected early.

But partly due to cultural taboos in India, women, especially those living in villages, seldom visit hospitals for cervical screening. Most of them are too shy to undergo such an invasive process.

Lack of adequate medical facilities and resources in their villages further discourage the economically weak women, for whom just visiting a doctor is often an unaffordable luxury.

Now, a team of researchers from the Tata Memorial Center and India's National Institute for Research in Reproductive Health is hoping to change that. They are collecting used menstrual pads from women's doorsteps to detect the presence of human papilloma virus (HPV), which can cause cervical cancer.

"The idea was to make something that could be useful in the context of rural India where menstruating women use old cloth and go for their daily agricultural job," Atul Budukh, the lead researcher, told DW.

Just one in every ten women in India use commercially available sanitary pads. 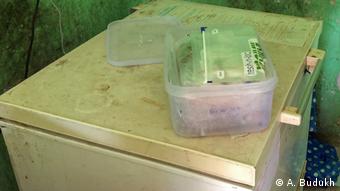 Budukh and his team enrolled over 500 women in rural Maharashtra for the research. The women were between the age of 30 and 50, mentally sound and had no symptoms of cancer.

They were asked to store their sanitary cloth pad used on the first day of their periods in a ziplock bag provided by the team and immediately hand it over to a local health worker.

The bag was then stored in a refrigerator and sent to the research laboratory in Mumbai in an ice box for screening.

The blood in the sanitary pad was then tested for HPV. Twenty four women tested positive and underwent a colposcopy, a simple procedure to examine the cervix of a woman's uterus. Six women were eventually found to be on the verge of developing cancer and given treatment.

"To maintain the privacy of the women, the used sanitary pads were assigned numbers. The result of the test was kept secret and was told only to the woman concerned," Sonali Bagal, a social worker involved in the study, told DW.

Menstruation in India comes with a baggage of myths and superstitions. Many menstruating women are still subjected to some of the worst forms of discrimination because they are regarded as "impure."

They are forced to stay away from their children during their periods. They are not allowed to enter the kitchen or worship in a temple. And it does not end there. The menstruation blood itself is seen by many as a prop for black magic.

The "impure" mindset and myths surrounding menstruation made collecting used sanitary pads a challenging task for the local health workers, appointed by the researchers.

"The women were apprehensive that the blood-stained cloths could be misused for black magic or any other purposes. I would assure them that I will see to it that the pads will be used only for research purposes. Since I was a known face in the village, they believed me," Sangita Koli, a local health worker, told DW.

Koli says collecting the menstrual pads after sunset, when all the family members were back at home, was all the more challenging as the women found it embarrassing to hand over the sealed package. 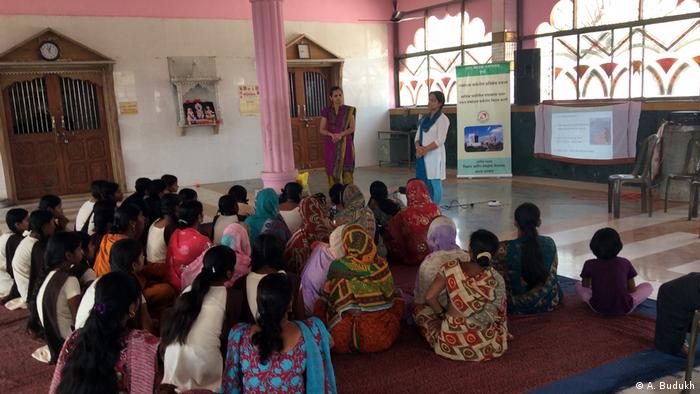 The women were first educated about menstrual and genital health

The women shortlisted for the research did not have any idea about the silent symptoms of cervical cancer or the existence of a screening test to detect it.

Budukh and his team began by first educating the women about menstrual and genital health. They counselled the women on how to get rid of the stigma attached to menstruation and other issues related to genital hygiene.

"I would tell them that these superstitions have no basis. It's not written in any religious text," said Budukh.

"I used to give the example of my daughters. I have two daughters and I always ask them to arrange the prayer meetings during our festivals. But nothing bad has ever happened."

Winning the trust and support of the women on such a sensitive and personal topic required a lot of effort on part of the researchers and that included bringing the men of the village on board.

"In villages, a woman does not do anything without asking the male members of her family," Bagal said. "So we first needed to convince the males. We managed to finally convince them by winning the trust of the local village leaders."

The study that began in 2013 was published in the European Journal of Cancer Prevention last month, where the researchers concluded that "the completely noninvasive, simple and convenient method of detecting HPV, from menstrual pads might be considered a cervical cancer screening tool in rural Indian women."

But Budukh says currently there is a logistical problem in implementing the method on a large scale across India. Lack of refrigerators in every village and unreliable electricity supply could make the storage of the menstrual pads difficult.

"So we are recommending that women should be provided a mail service to send the used sanitary pads at the earliest and at minimum cost," he said.

The new law calls for jail terms for violators who banish women from the home during menstruation. But questions remain about enforcement in a country where the practice continues despite being outlawed a decade ago. (10.08.2017)