Nepal criminalizes centuries-old Hindu tradition of Chhaupadi for women | News and current affairs from Germany and around the world | DW | 10.08.2017

The new law calls for jail terms for violators who banish women from the home during menstruation. But questions remain about enforcement in a country where the practice continues despite being outlawed a decade ago. 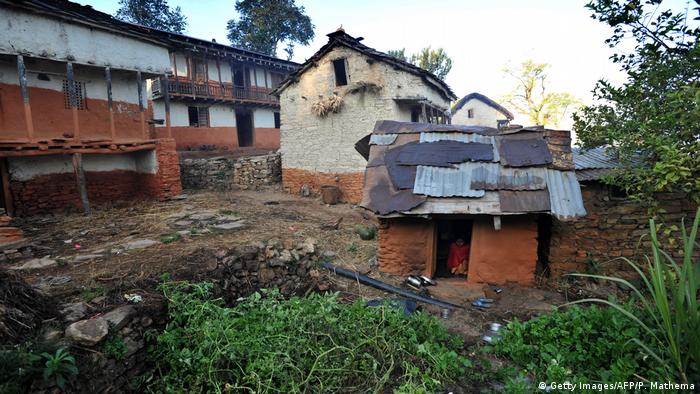 Nepal's parliament has passed a bill to criminalize the centuries-old Hindu tradition of Chhaupadi that forces menstruating women to leave their homes and take shelter in unhygienic or insecure huts (above) or cow sheds until their period ends.

The new law goes into effect in about a year's time. Offenders will face a three-month jail sentence or a 3,000 Nepali rupee ($30, 25-euro) fine or both.

The tradition has persisted despite a ban by the country's Supreme Court in 2005, largely due to a deeply-rooted belief among patriarchal Hindu families that menstruating women are impure.

"This was a criminal act, but we didn't have any laws that deemed it illegal. Now that we have passed the law, we can punish those involved in it," said Krishna Bhakta Pokhrel, one of the lawmakers who passed the bill on Wednesday.

"People will be discouraged to follow this discriminatory custom due to fear of punishment," he said. 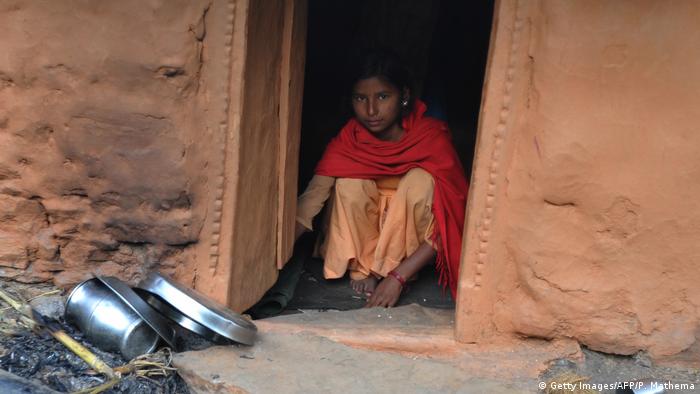 While exiled in isolation, women are often exposed to bitter cold or attacks by snakes and wild animals.

The practice has been criticized for risking lives of women. While in isolation, women are often exposed to bitter cold or attacks by snakes and wild animals.

Women around the world: Nepal

In collaboration with Eyeem, DW invited photographers to share images that offer an insight into the lives of women around the world. This one was taken in Nepal by Mary Crist Martinez. (24.04.2017)

The three Chhetri sisters who have been in the trekking business since the mid-1990s have been receiving positive response from all over the world, with their agency winning international awards for sustainable tourism. (30.03.2011)

Nepalese women work the family fields and keep the house, yet they have no ownership rights. Men own 90 percent of land and 94 percent of the country's property. (09.12.2009)

Last month, a teenage girl died from a snake bite while following the ritual. Women's rights groups say the tradition has led to 10 deaths in the last 10 years in Nepal.

But some people have doubts about the impact of the new law in parts of the country where the tradition is deeply entrenched.

"Fear of punishment will not stop people from following this custom who think women are impure during menstruation," Gauri Kumari Oli told the Associated Press press agency. "The government and non-governmental agencies should start to do more to raise awareness."

Oli is a female parliamentarian from the far-western district of Doti, where menstrual exile is still practiced. She says she herself was made to observe the custom.

"Like it happens elsewhere in Nepal, I was asked not to enter inside the temple or the kitchen," she said. "But I never had to go to sleep in shed."

Period products: How menstruation is managed around the world 14.02.2022