A dispute over a mosque in the Hindu holy city of Varanasi threatens to fuel fresh tensions between Hindus and Muslims in the South Asian nation. 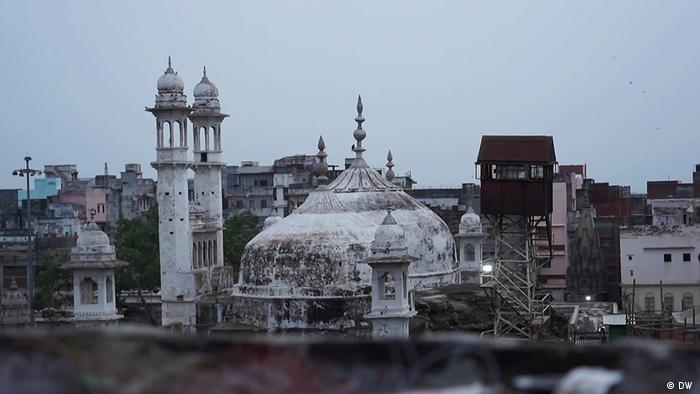 There is currently adebate over the centuries-old Gyanvapi mosque in Varanasi, one of Hinduism's holiest cities, stoking fresh tensions between India's two largest religious communities.

Hindu groups say the mosque, located in the constituency of Prime Minister Narendra Modi, was built after a temple at the site was demolished by Muslim rulers in the 17th century.

After five women sought permission to perform Hindu rituals in a part of the mosque, a local court ordered authorities to do a video-recorded survey of the premises.

Last week reports claimed the survey had discovered a shivalinga, a stone shaft that is a representation of the Hindu god Shiva, at the site, a claim that has been rejected by the mosque authorities.

The court then banned large Muslim gatherings at the mosque, but India's Supreme Court later overturned the ruling.

The top court on Friday also transferred the case to a district court in Varanasi, saying that a "slightly more mature" and "seasoned hand" should handle the case, The Indian Express reported. 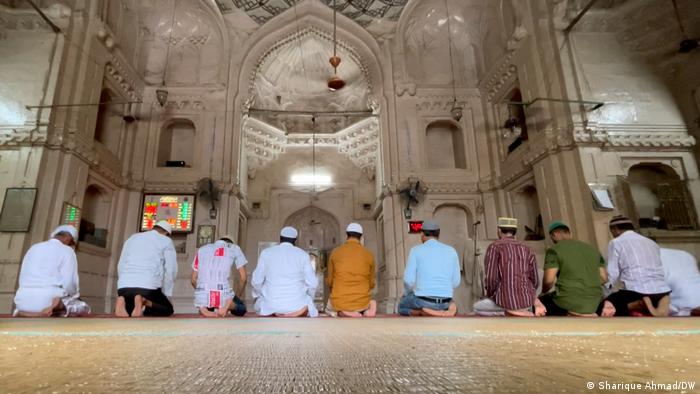 Will it go the way of the Babri mosque?

"By conducting such investigations into religious sites, the courts have, like they did in the Babri Masjid case, legitimized the values of an anti-modern polity," Fahad Zuberi, a researcher of architecture and city studies, told DW.

Zuberi believes that the courts have acted against the values that they are supposed to uphold.

"Courts cannot be acting on claims of mythology or those of medieval capture," said Zuberi.

Many Muslims view the latest move as another attempt by hard-line Hindus to undermine their rights to free worship and religious expression.

They also fear that the place of worship will go the way of the Babri Masjid, a 16th century mosque in Ayodhya that was demolished by Hindu mobs in 1992 who believed that it was built on the birthplace of Ram, another Hindu deity.

In 2019, the Supreme Court allowed Hindus to build a temple at the disputed site, while granting Muslims another plot of land to construct a mosque.

'An attempt to polarize society'

In the case of the Gyanvapi mosque now, the Vishva Hindu Parishad (VHP), a right-wing religious organization, called on the Muslim community to voluntarily give up the area where it is presently located.

"This is what we have been demanding all the time. The presence of the Shiv stone is proof that it is a temple. One cannot hide facts and the time has come to respect the Hindu sentiments too," VHP spokesperson Vinod Bansal told DW.

"This is nothing but an attempt to polarize society and the lower courts are assisting in this initiative. This will snowball into religious tensions between the two communities," she told DW.

"It will not stop just here. They will target other mosques as part of their bigger political project," she added.

Other sites are also in the crosshairs

Hindu nationalists are also eyeing other Muslim places of worship, like the Shahi Idgah mosque in Mathura. It was built during the time of the Mughal emperor Aurangzeb after he attacked the city and destroyed its temples in 1670.

The mosque is situated next to a later temple built on what is believed to be the birthplace of the Hindu god Krishna.

On Thursday a court agreed to hear a lawsuit demanding the removal of the mosque, one of a slew of similar petitions.

In a recent article published by The Indian Express, Pratap Bhanu Mehta, an Indian political scientist, said the purpose of reclaiming these shrines is not religiosity but to show Muslims their place.

"The purpose is not to craft a connection with Shiva or Krishna, the purpose is to permanently indict minorities. It is to use a sacred place of worship as a weaponized tool against another community," Mehta wrote, adding that the new spate of lawsuits will stoke communal fires.

India passed a law called the Places of Worship Act in 1991 that forbids conversion of any place of worship and guarantees its religious character as it existed on August 15, 1947, India's Independence Day.

It was passed to preserve the South Asian nation's secular character by preventing communal conflicts that have roots in pre-independence India from affecting religious harmony.

In its verdict on the Babri mosque dispute, the Supreme Court also said that the 1991 law must apply in all other similar cases.

Nevertheless, the top court last year accepted a petition challenging this law, triggering fears that it will open a fresh fault line between Hindus and Muslims.