The usually bustling Taj Mahal complex, India's top tourist attraction, has been almost deserted during the coronavirus pandemic. Tour operators say they still can't see any light at the end of the tunnel. 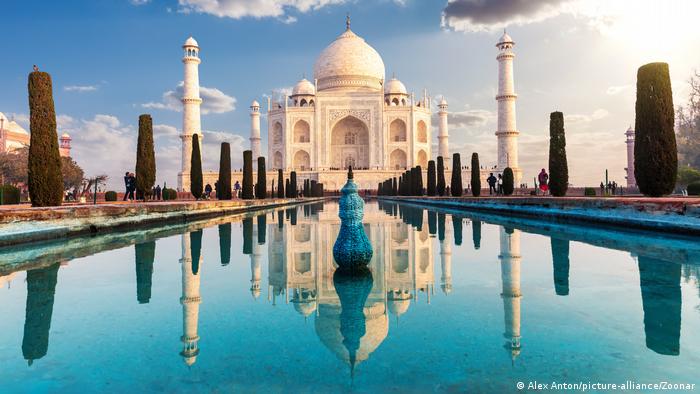 Tour guide Krishna Rathore wanders aimlessly around the complex of the Taj Mahal. Now that COVID cases continue to drop following a devastating second wave, India is easing lockdown measures. But tourists have yet to return to the famous landmark.

"I have been coming out every morning for the last few days, hoping I can at least show people around the perimeter of the complex and make some money. But I go home disappointed," the 29-year-old told DW.

A third-generation tour guide, Krishna followed in his father's and grandfather's footsteps. He joined the profession four years ago but is now considering another vocation after the pandemic crippled India's tourism industry.

The Taj Mahal is a 17th-century, white marble mausoleum that houses the graves of Mughal emperor Shah Jahan and his wife Mumtaz Mahal. It usually draws between 7 to 8 million visitors each year. At least 737,000 foreign tourists alone visited the monument in 2019.

But for the last 15 months, except for a brief hiatus last year, the country's top tourist attraction has been shut, and like Rathore, some 2,500 registered tour guides have had their lives upended.

Many tour guides in the city of Agra, home to the Taj Mahal, now face an uncertain future.

"I have decided to do odd jobs in Agra and sometimes travel out for contractual labor. My guide work is finished," Rafiq, who has worked as a tour guide at the Taj Mahal for seven years, told DW. 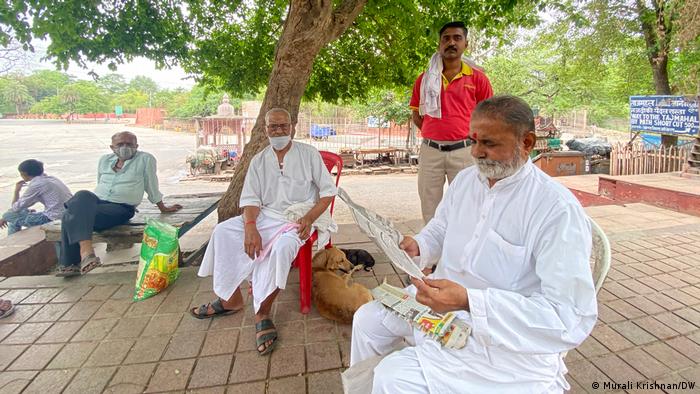 Amar Singh Rathore, the president of a market association and father of Krishna Rathore, estimates that it would take at least two years for the tourism industry to return to normal "even if the lockdown is lifted."

"This pandemic has destroyed the tourism industry and livelihoods have been ruined," Singh Rathore told DW.

"But we have had absolutely no financial help from the authorities in this abnormal situation. The government should waive at least the rental and electricity charges," he added.

Hospitality industry at a standstill

Hotel workers, restaurants and tour operators are also anticipating a bleak future as the tourism industry struggles to recover.

Agra has over a dozen five-star hotels and 400 budget hotels. The hospitality industry in the city alone employs around 400,000 people. Authorities say between 500,000 and 700,000 people are directly or indirectly dependent on the tourism sector.

"The segmentation in the tourism industry feeds each other and that is why there has to be major stimulus to revive the sector. Destination weddings and incentive meetings are one way forward as they generate valuable income," Hari Sukumar, vice-president of the Jaypee Palace Hotel, told DW.

Smaller businesses like handicraft shops and marble inlay and leather workshops have been hit particularly hard by the Taj Mahal shutdown.

"We rely heavily on the tourist traffic. Now, we are struggling to get by and wonder how long this misery will last," Pradeep Kumar, a shopkeeper, told DW. 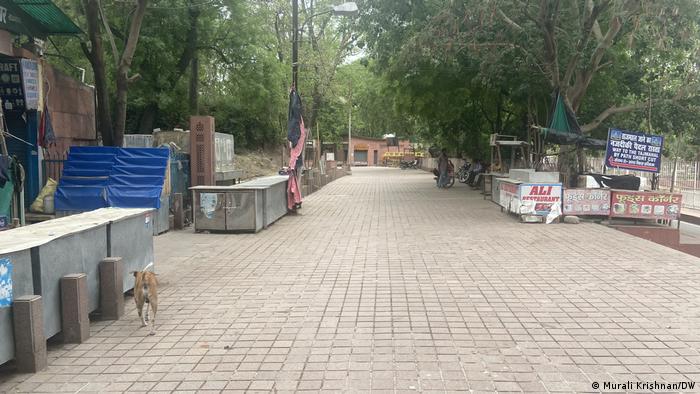 Many of the shops in the vast Taj Mahal complex, which encompasses nearly 17 hectares (42 acres), have been closed for over a year. Many have received no help from the government.

"Clearly, one can see that the city's economy is linked with the Taj. Apart from rations to those in need, there are no special schemes for stakeholders," Agra's district magistrate Prabhu Singh told DW.

"We hope it opens soon but that is dependent on the Archaeological Survey of India (ASI)," Singh added.

After being shut for some six months due to the coronavirus last year, ASI-protected monuments, including the Taj Mahal, Agra Fort and Fatehpur Sikri briefly reopened in September.

Hoping it would help get the tourism industry back on its feet, the Agra Development Authority decided to increase entry ticket prices for both domestic and foreign visitors to the complex, but the latter stayed away.

'No light at the end of the tunnel'

Rajiv Saxena, vice-president of the Tourist Guild of Agra, believes the shutdown in the city has set back businesses by several years.

"I don't see things getting back to normal before 2023, and the losses will be immense. It's unfortunate that neither the local administration nor the state government has mapped out people's requirements in this pandemic and come to their aid," Saxena told DW.

Saxena says the financial losses due to the COVID shutdown has cost the city approximately 50 billion Indian Rupees ($685 million, €563 million), adding that it would require a substantial financial stimulus for the city's revival.

"Actually, there is no light at the end of the tunnel. Much thought has to go into revitalizing Agra and that is not going to be easy," he said.

According to a 2020 study carried out by the Confederation of Indian Industry, the country's tourism industry and entire value chain linked to the sector is set to lose around 5 trillion Indian Rupees ($65.57 billion).

Some doctors say that a panic use of steroids to fight the coronavirus has caused an explosion of the rare fungal disease. "Black fungus" kills more than 50% of patients within days.