India: Facebook under the microscope over ignoring hate speech

An investigation suggests that Facebook has selectively chosen what hate speech it wants to shut down in India. Whistleblower Frances Haugen's disclosures come as she is set to appear before British lawmakers. 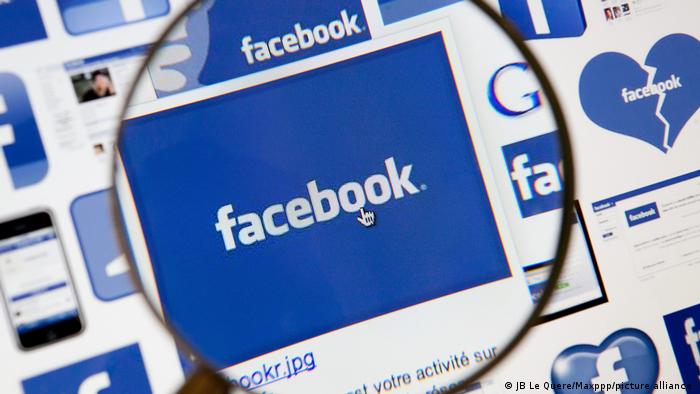 According to a report, Facebook has chosen to ignore certain misinformation in India

Facebook in India has been selective in curbing hate speech and misinformation, particularly anti-Muslim content, according to leaked documents obtained and revealed by The Associated Press news agency on Sunday.

The report, which was also published by various media outlets worldwide, is based on disclosures made to the US Securities and Exchange Commission and provided to US Congress by Facebook whistleblower Frances Haugen's legal counsel.

The research — based on internal memos over the last two years — highlights Facebook's constant struggles in managing abusive content on its platforms in India.

According to the report, Facebook's products in India were saturated with inflammatory content that on at least one occasion was connected to deadly religious riots.

Incendiary content on Facebook spiked 300% above previous levels at times during the months following December 2019, researchers wrote in a July 2020 report that was reviewed by US newspaper The Wall Street Journal. This was at a time when religious protests swept across India.

Hindu and Muslim users in India were subjected to "a large amount of content that encourages conflict, hatred and violence on Facebook and WhatsApp," such as material blaming Muslims for the spread of the coronavirus and assertions that Muslim men are targeting Hindu women for marriage as a "form of Muslim takeover" of the country, the report highlighted.

India is Facebook’s biggest market, with hundreds of millions of users and the files reported on Sunday show that the social media giant is aware of the problems created on its platform and the consequence of the hate speech that spreads so quickly.

It is not the first time Facebook has faced such accusations, with many critics and digital experts highlighting cases of misinformation being spread by supporters of Indian Prime Minister Narendra Modi's ruling Bharatiya Janata Party (BJP).

Modi has been accused of inappropriately using the platform to his party's advantage, particularly during elections. Wall Street Journal reports last year suggested Facebook was selectively enforcing its policies on hate speech to avoid a backlash from the BJP.

Modi and Facebook CEO Mark Zuckerberg have become known for having a close relationship, particularly since the pair were photographed hugging at Facebook headquarters in 2015. 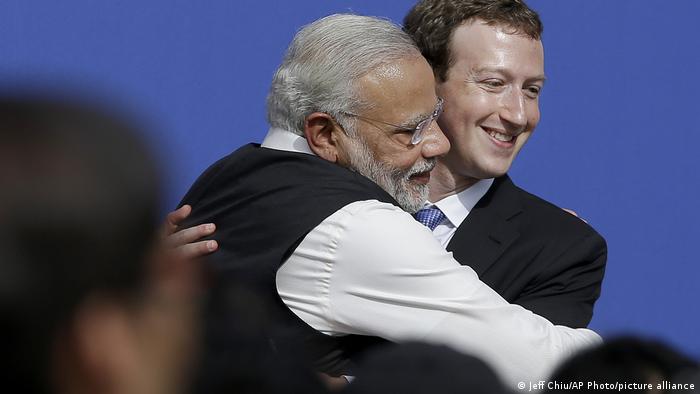 In a statement to The Associated Press, Facebook said it has "invested significantly in technology to find hate speech in various languages, including Hindi and Bengali'' that "reduced the amount of hate speech that people see by half'' in 2021.

"Hate speech against marginalized groups, including Muslims, is on the rise globally. So we are improving enforcement and are committed to updating our policies as hate speech evolves online,'' a company spokesperson said.

Meanwhile, former employee-turned whistleblower Frances Haugen told British Sunday newspaper the Observer that Zuckerberg had not displayed a desire to run the platform in a way that protects the public from harmful content.

"Right now, Mark is unaccountable. He has all the control. He has no oversight, and he has not demonstrated that he is willing to govern the company at the level that is necessary for public safety," said Haugen, who appears before lawmakers in Westminster on Monday.

She suggested one way of stemming the tide would be to give equal rights to shareholders.

Website monitoring group Downdetector said Monday's outage was the largest such failure it had ever seen. The outage also comes as Facebook contends with damaging revelations from an ex-employee.

Technology giant Facebook could change its name next week, according to a report published by The Verge. A name change could reflect a new focus for the social media company.

Users have been facing issues accessing the social media giant's apps and services for the second time in a week. The company said a configuration change was behind the outage, which is under control.

Without access to social media, many users felt lost. Their explanations for the technical glitch ranged from wild conspiracy theories to the not-too-far-fetched concern that governments could be blocking the platforms.