Facebook under fire — will lawmakers now get tough on Big Tech? | Europe | News and current affairs from around the continent | DW | 28.10.2021 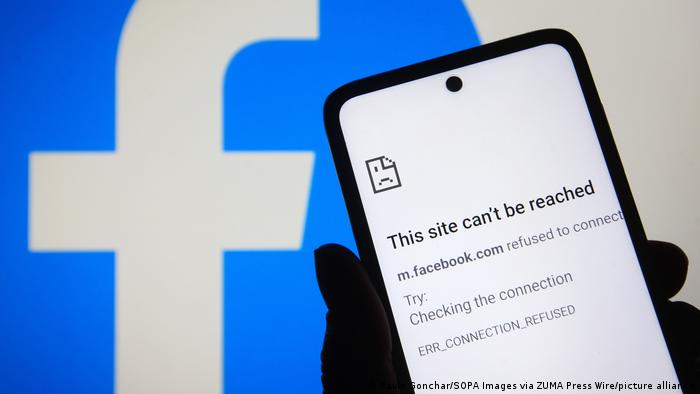 Facebook, the world's largest social media company, is having a rough year.

The disclosure of thousands of internal documents, leaked by a former employee to journalists and policymakers, has pushed the US tech giant and the question of how to regulate it back into the spotlight.

The files — ranging from research papers to discussion threads on an employee network — paint the picture of a company that prioritizes growth over efforts to stop the spread of falsehoods, hate and inflammatory content on its platforms. They have prompted new calls for reigning in the power of the world’s largest tech companies.

The revelations highlighted a need for "tighter" regulation, Vestager added.  "We are dealing with someone who can have an immense influence both on mental health but also on how our democracy develops," she said.

The files unearthed by data scientist Frances Haugen, who left the company in May, provide unprecedented insights into the inner workings of the tech giant, which announced this week to change its name to Meta. They suggest that, repeatedly, warnings about Facebook's technology fell on deaf ears within the company.

"The company's leadership has ways to make Facebook and Instagram safer, but it won't make the necessary changes because it puts astronomical profits before people," Haugen told US lawmakers during a Congressional hearing in October.

The company has rejected her statements, claiming that it has tens of thousands of employees working on keeping its platforms safe.

"At the heart of these accusations is this idea that we prioritize profit over safety and well-being," CEO Mark Zuckerberg said in a statement released on his platform. "That’s just not true."

But US and EU lawmakers said the unprecedented publication of evidence from inside Facebook marks a tipping point.

"The time has come for action — and [Haugen is] the catalyst for that action," Democratic Senator Amy Klobuchar said during the Congressional hearing. 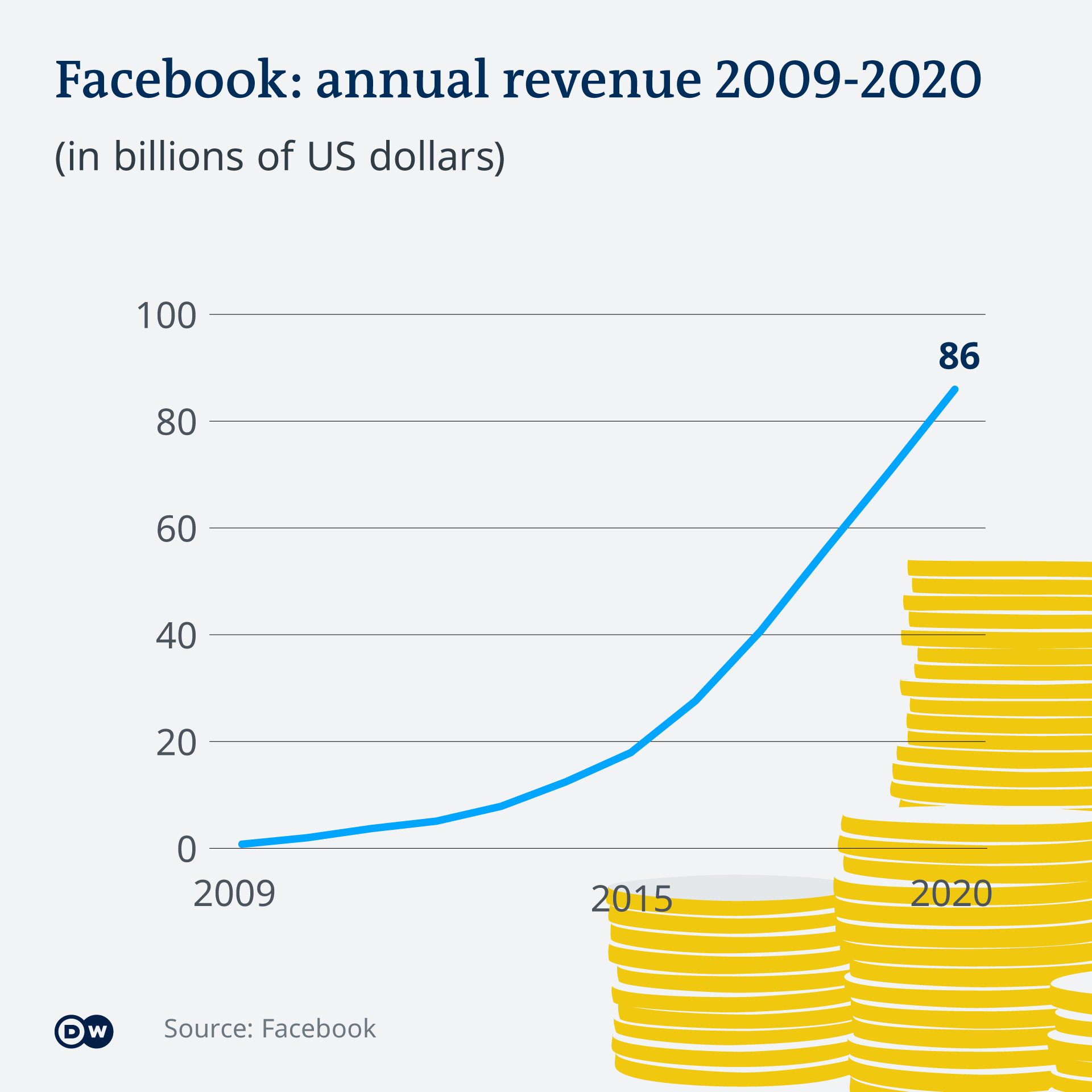 Her call was echoed by Alexandra Geese, a member of the European Parliament for the Green Party in charge of negotiating EU rules for online platforms. The European Union is currently working on two sets of laws to curb the market power of Big Tech and better hold tech companies accountable for what is happening on their platforms.

Haugen’s account has helped build momentum that "will enable European lawmakers to be more ambitious in the rules they set," Geese said.

The harm caused by its platforms is only one reason why Facebook finds itself under fire; the second one is its ever-growing market power.

In less than two decades, Facebook has grown from a small startup into one of the world's most powerful corporations. Everywhere in the world, people today depend on its services to work, communicate and access information. 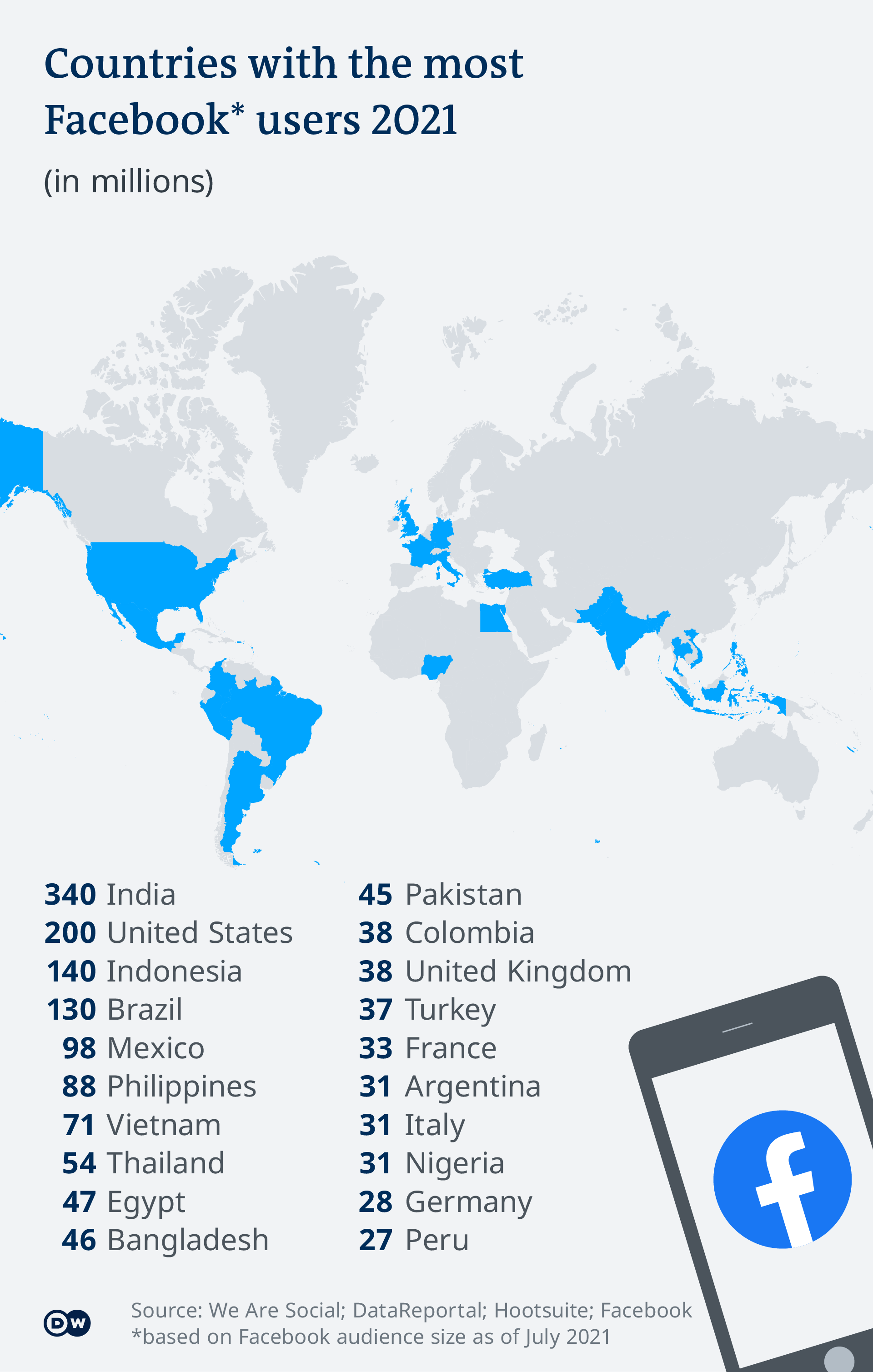 That is why it made global headlines when,  in early October, billions of users around the world suddenly were unable to access Facebook's platform, its messaging services WhatsApp and Messenger, and Instagram.

After six hours, the services gradually went back online. But the damage was done: Businesses had been disconnected from customers. Media organizations had been unable to publish content. And many users in the Global South, where people often use Facebook's app to access the internet on their phone, had been de facto cut off from the web.

"A lot of countries in Latin America and Asia are even more reliant on Facebook than we in the Global North are," said Tyson Barker, who leads the Technology and Global Affairs Program at the German Council on Foreign Relations think tank. "But they are also in a much worse bargaining position when it comes to dealing with Facebook."

That is why the EU and the US should take the lead in forcing Big Tech giants like Facebook "to disaggregate their services" so that they can continue operating independently in the case of an outage, Barker said.

But experts caution that it is far from certain that this renewed attention will lead to lasting change.

"This could be the breaking point for strong regulation," said Julian Jaursch, of the German think tank Stiftung Neue Verantwortung. The 2013 revelations by the whistleblower Edward Snowden about global surveillance, for example, spurred a data protection debate that led to tougher privacy laws around the world.

"But it could also go completely the other way and nothing will change substantially," Jaursch said.

Revelations in 2018 that Cambridge Analytica had mined the data of Facebook users to sway elections from Nigeria to the US had also caused global outrage, he said — "but it did not lead to any sustainable, lasting change."

This is the updated version of an article first published on October 6, 2021.

Disinformation campaigns: “Lies can turn deadly or threaten the stability of societies”

Trolls and paid influencers are behind major disinformation campaigns in Africa. Allan Cheboi and his team at Code for Africa have developed strategies to uncover those tactics during elections and the pandemic.

Big Tech made huge profits from war on terror, US activists say

A report by three US activist groups claims Amazon, Facebook, Google, Microsoft and Twitter made billions from US government contracts since 2004.