EU antitrust official Vestager: We must act now against Facebook

European Competition Commissioner Margrethe Vestager told DW in an interview that legal action against the tech giant could be endless, but regulation now could limit its damage. 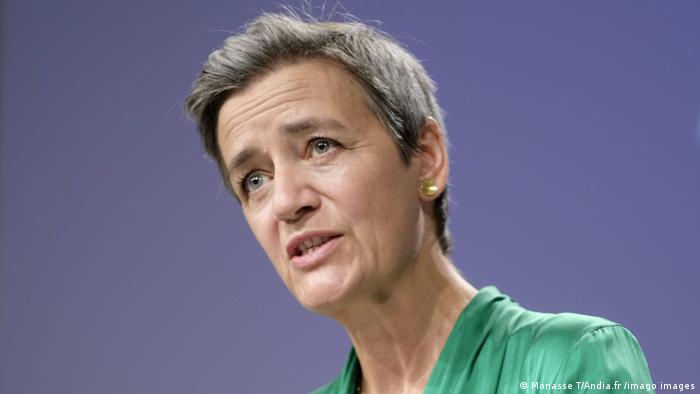 Vestager said taking Facebook to antitrust court was 'not enough,' and tighter regulations were also needed

European Commissioner for Competition Margrethe Vestager told DW on Tuesday that breaking up Facebook could take "years," and that leaders should act quickly before the platform does any more damage.

Asked if Facebook was too large and powerful to even attempt to force changes from the outside, Vestager said "not for our democracy."

She said democracies standing together can make real changes to how Facebook runs its platforms, and said regulations needed to be tightened up when dealing with companies that could wield "immense influence" over democracy, and over people's mental health.

"If we stand together, then we can make real changes," Vestager said. "And just to make Facebook assess the risk that they could pose to young people's mental health and to have, you know, external people looking into that assessment to see if things have been corrected, that would be an important step forward."

"We also need to regulate much tighter if we are dealing with someone who can have an immense influence both on mental health, but also how our democracy develops," she added, explaining that the EU Commission had prepared legislation that balances the need to preserve freedom of speech but to get rid of things that "are illegal offline" such as incitement to violence.

'No end' to legal battles

Vestager admitted, however, that any legal battle with Facebook would be protracted.

The social media giant "would take us to court for years with no end," she said. But she was hopeful that if the EU can "take action now so that things change," then "smaller businesses can get full access to the market," and social media giants like Facebook would have to take responsibility for the harms they've caused.

The Danish politician's comments came at a time when Facebook is under immense scrutiny. Earlier this month, whistleblower Frances Haugen detailed the ways in which Facebook knew it was being used to promote violence and discord and did nothing to stop it.

On Monday, a trove of leaked internal documents showed that Facebook had repeatedly put its profits ahead of user safety.

Phil Gayle contributed to this report.