Vehicle restrictions have been introduced in and around the Indian capital, New Delhi, as part of an effort to cut soaring levels of air pollution. Private cars will be allowed on the roads on alternate days. 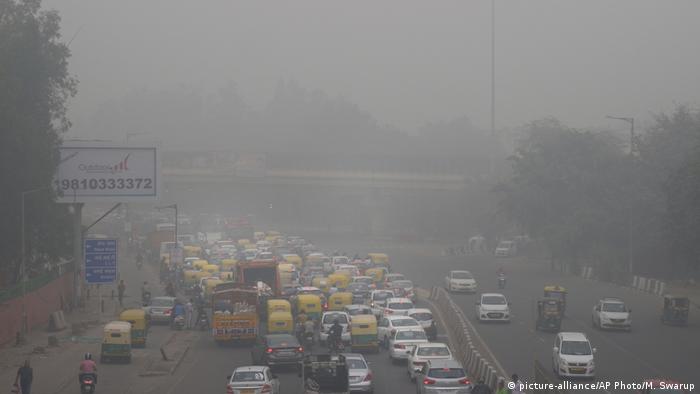 A car rationing system allows private vehicles to use city roads on alternate days, depending on whether registration plates end with odd or even numbers.

According to authorities some 1.2 million registered vehicles in Delhi will be off-road every day during the two-week limitation.

Delhi is among the most polluted cities in the world, particularly in winter with chronic levels of hazardous air from October through February.

Flights to and from Delhi's Indira Gandhi International Airport were delayed or rerouted on Sunday as heavy air pollution enveloped the city.

In the nearby city of Agra, authorities deployed a van with air purification equipment close to the Taj Mahal, in a bid to improve air quality at the tourist site.

Major carriers such as Air India and Vistara were forced to divert flights to airports as far away as Mumbai and Amritsar on Sunday.

Air pollution sensors in some parts of Delhi were reported to have maxed out at their upper limit of 999 micrograms, with people advised to stay indoors and wear masks.