Protesters in India's Tamil Nadu state have been questioning the price of their long-fought struggle for environmental protection after protests shutting down a copper factory left dozens dead and injured. 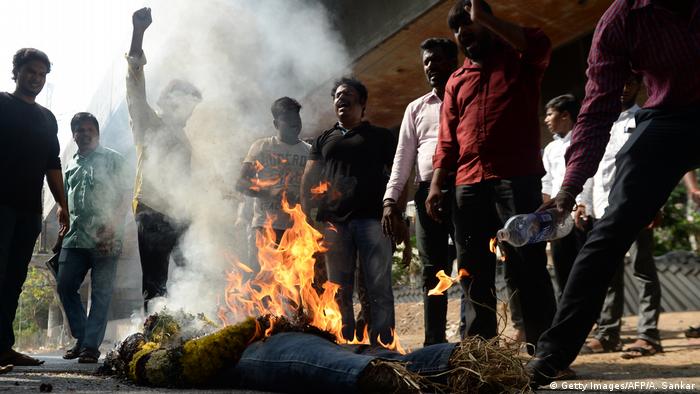 After the Sterlite Copper factory in India's southern Tamil Nadu state was permanently shut down by state regulators Monday following a series of deadly protests, activists experienced a range of emotions.

"We have won!" said Fathima Babu, a feisty activist who has been involved with the movement against the Sterlite Copper factory for over 23 years. The operators of the factory have been accused for many years of polluting the local environment in the port town of Thoothukudi.

Tamil Nadu's state government issued the closure order "in the larger public interest" and ordered the local pollution control board to "seal the unit and plant permanently."

The AFP news agency reported that Sterlite CEO P. Ramnath said the company would challenge the suspension ruling in court.

For other protesters, the victory was overshadowed by loss. "We have lost so many lives to the movement just to reach this point," said 30-year old Malathi, who declined to give her last name.

On the morning of May 22, after many days of peaceful protests against the Sterlite factory, thousands of protesters marched demanding that it be shut down permanently. It was the largest rally yet, and it was met by a police response that left 13 protesters dead and over 40 injured.

Protestors were reportedly shot in the face and chest as police were said to have fired indiscriminately into the crowd, along with using tear gas and charging with batons. According to the Indian Criminal Code, assembly of more than four people in a public area can be banned by a magistrate. 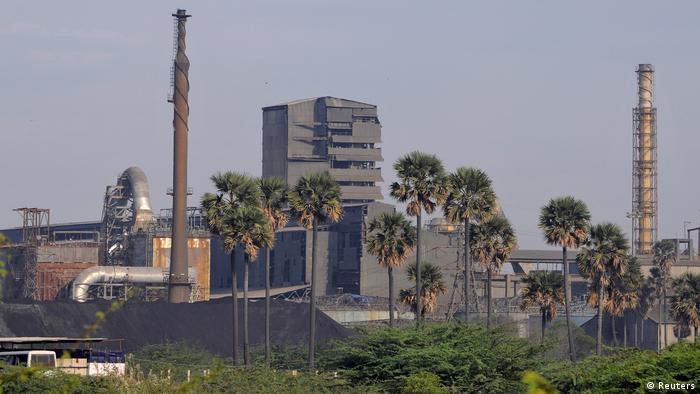 A history of pollution

The controversy over the copper factory goes back to when the facility was established amid protest in 1996. Sterlite is a business unit of Vedanta Ltd, and a subsidiary of London-based metal multinational Vedanta Resources.

The factory carries out copper production, including mining, smelting and refining. Environmental clearances were granted by the Ministry of Environment, despite the facility being located 14 kilometers (8 miles) away from a biosphere, which violates a regulatory barrier of 25 kilometers (14 miles).

Environmental impact assessments over the years also show clear non-compliance by the factory's operators. However, constant variation in enforcement has complicated the situation. For example, when the factory was opened in 1996, a report by India's National Environmental Engineering Research Institute (NEERI) submitted to the Madras High Court identified many violations.

These included heavy concentrations of copper, lead, cadmium, arsenic, chlorides and fluorides found in groundwater samples in the areas around the plant. The NEERI concluded that the facility was clearly non-compliant with environmental regulations. The factory was closed, but only for a few days. 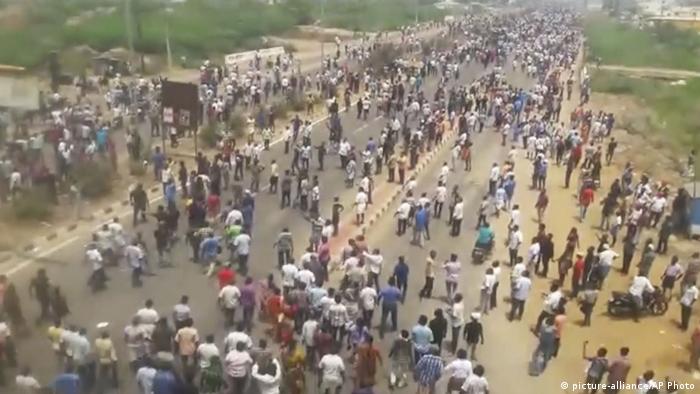 Protesters crowd a road near the Sterlite Copper factory

A government monitoring committee was set up to look into the issue of the Sterlite factory's non-compliance of environmental regulations.

"Tamil Nadu was not ready to deal with a chemical factory," Thiyagarajan, the former head of the committee, told DW. "We were very clear that there was non-compliance and directed the Tamil Nadu Pollution Control Board to take action," he added.

In 2004, a report was submitted that confirmed the fears of the monitoring committee. The copper factory was running well above permitted capacity. After this, multiple closure orders were given after gas leaks, but the plant always resumed operation a few days later.

A 2006 report released by Tirunelveli Medical College connected an increase in cases of sinusitis, pharyngitis and asthma to irritants and gases in the air due to the Sterlite factory's operations. The report also identified a high number of hysterectomies, menstrual disorders and a high number of miscarriages in neighborhoods surrounding the factory.

In 2013, the Tamil Nadu Supreme Court ordered Sterlite to pay a fine of nearly $15 million in compensation for polluting land and water. However, it is unknown whether the money has been disbursed. 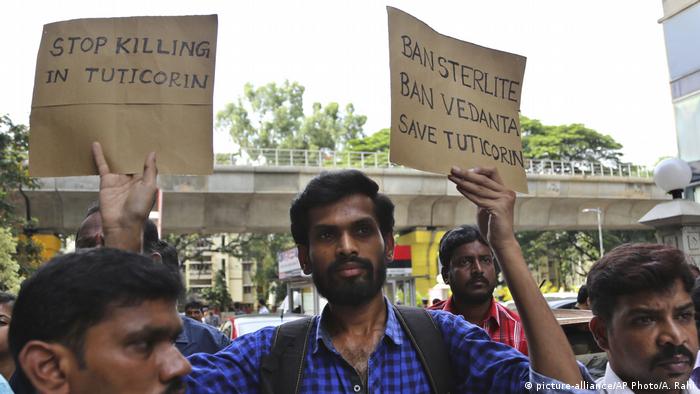 An activist holds signs outside of Vendata Ltd's office in Bangalore, India

The price of protesting

Despite accusation of environmental degradation and regulatory non-compliance, Sterlite had plans to expand its facility and double its annual production of 400,000 metric tons of copper. The public reaction was overwhelming.

Although Tamil Nadu's supreme court shut the denied the expansion and ordered the factory shut down, the violent outcome of the protests casts a shadow on the ostensible end of the long struggle to shut down Sterlite.

The extent of what protesters sacrificed was made apparent by visiting the local hospital. The victims of the police response were labelled by their injuries: "assault," "bullet wound," "lost hand."

Kennan, who lost his right hand and along with it his livelihood, said that money was not enough.

"I don't want money. I want my hand back," he told DW. "Can anyone in government give me back my hand?"

Marches have taken place in several cities across India in protest at a controversial ban on high-value banknotes. But some ordinary Indians support the move as an anti-corruption measure. (28.11.2016)