Observers say that the Hong Kong Legislative Council election will be a lot different this time from the previous one held in 2012. DW spoke to analyst Victoria Hui about what is at stake in the vote for HK and China. 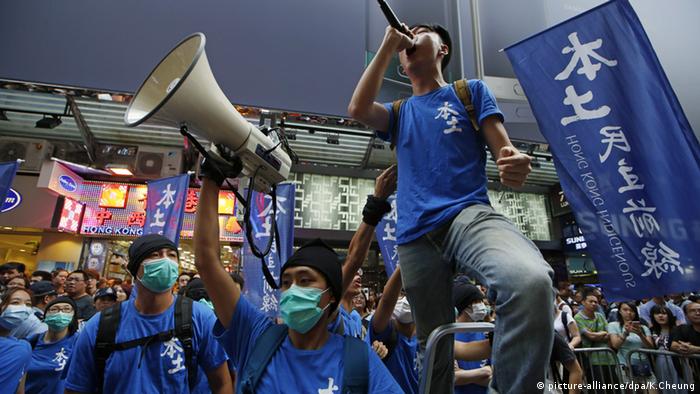 The election is the first major poll since the start of pro-democracy street protests in Hong Kong in 2014. That movement drew global attention to the former British colony's struggle over the stunted democratic development under Chinese rule and paved the way for a burgeoning independence movement that's complicating the upcoming vote.

DW spoke to Hong Kong-born and US-based political scientist Victoria Hui and asked her why the Hong Kong Legislative Council elections would be different this time.

DW: What has changed in Hong Kong since voters went to the polls in September 2012? What is different this time?

Victoria Hui: The description "pro-Beijing versus pro-democracy" had been fairly accurate until the last election. What has happened since the start of the "Umbrella Movement" is that new people are demanding independence. They have formed a third force in a way. These young people have built a movement. We are now talking about a three-way race this time. 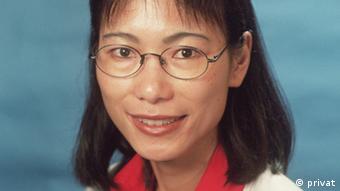 Victoria Hui: We are now talking about a three-way race this time

These young people believe that the democrats have failed Hong Kong and accuse them of not doing much for 30 years.

The first time we heard the call for Hong Kong's independence was in connection with the movie "Ten Years." Prior to that, no one ever advocated independence from Beijing. No one would take such calls seriously. But now, independence is the hottest topic in Hong Kong. It's pretty much like a battle line in the city state.

What has triggered these radical sentiments in Hong Kong?

When I went to university in Hong Kong in the late 1980s, the political situation was very different. When we talk about the Sino-British declaration, which didn't offer any radical changes for the next 50 years, it all seems very distant to me. At that time, we were suspicious, but we wanted to try it out. But for today's youth in Hong Kong, the year 2047 is really not far away. It's going to happen in their lifetime and they will be only in their fifties. So if they feel that the idea of "one country, two systems" is no longer valid, I understand their emotions.

Why does the idea of 'one country, two systems' no longer appeal to the youth?

You can still protest, you can still hold rallies and demonstrations, but you have to ask for a permit from the authorities. Getting the permits is becoming increasingly difficult. Also, there is heavy police surveillance of all protests. The judiciary is still independent, but the same can't be said about Hong Kong's press. Many prominent pro-democracy journalists have been fired from their jobs in recent years. Some of them have been physically assaulted.

Hundreds of protesters have marched in Hong Kong against the banning of six candidates from upcoming elections. So-called "localists" are worried about China's creeping interference in the city's affairs. (21.08.2016)

Three leaders of Hong Kong's "Umbrella Revolution" have escaped jail sentences over their role in 2014 pro-democracy protests. Tensions have remained high since the rallies ended without concessions from Beijing. (15.08.2016)

Andy Chan, from the pro-independence Hong Kong National Party, has been disqualified from September's legislative polls. Beijing and Hong Kong officials say his views go against the city's Basic Law. (30.07.2016)

The judiciary is the last pillar of Hong Kong's freedom. Another important pillar is academia. But the chief executive has a wide range of powers. He can stack the university councils, commissions and committees with his supporters. And he has done that. All these measures have undermined Hong Kong's "one country, two systems" idea.

You say that the press freedom in Hong Kong is in danger. But, for instance, the English-language daily South China Morning Post is well known in the West, and its election coverage seems quite balanced. What is your take on this?

On the surface, you still see a wide range of views, many of them dissenting. But I know many people who were forced out of or quit the South China Morning Post (SCMP). One of my friends, who worked as a reporter on mainland China, had to quit as well. She had written about the human rights abuses in China. She was told to significantly revise her stories otherwise they wouldn't be published, or her editor would just rewrite her articles. So she left her job a few months ago because she couldn't tolerate it any more.

When reporters get fired, we don't get to read about them. You only read about big cases like the attack on Kevin Lau or when prominent editors lose their jobs.

I give you another example. The editor of an economic journal was about to retire. In his last column he wrote about legal ways to achieve Hong Kong's independence. It was just a matter of free speech, because he didn't support independence himself. He just wanted to discuss the issue. He was told by an email that his commentary was no longer wanted.

Hong Kong is one of Asia's business hubs. What is the position of the business community on independence?

The business sector is largely pro-establishment. You have to have good connections in China for business deals. But what is really interesting is that the Liberal party, whose members are basically high-flying professionals and wealthy people, does not want to provoke Beijing, but at the same time supports independent voices. Therefore, not everyone is willing to accept all Chinese demands.

Victoria Hui is a US-based political analyst. Born in Hong Kong, she currently teaches at the University of Notre Dame in Indiana. She is also blogs about Hong Kong's democracy movement.

The interview was conducted by Hans Spross.