As far-right extremists plan to hold a huge rally later on Saturday in Warsaw, DW looks at how and why Poland's National Independence Day has been hijacked in recent years by the far right. 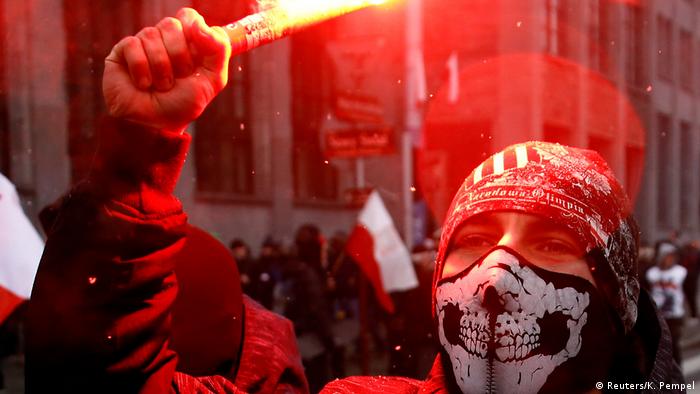 Far-right groups have picked emotional themes for their annual rallies; the slogan for this year's event is "We Want God." In 2016, it was "Poland, the Bastion of Europe," and they have seen interest in their marches grow around the country and beyond. American white supremacist Richard Spencer had been scheduled to speak at a conference in Warsaw on Friday — until the Polish government said he wasn't welcome in the country.

Organized by the National-Radical Camp (ONR), the National Movement (RN) and the All Polish Youth (MW) - which trace their roots back to anti-Semitic groups active before WWII – most Independence Day marches have descended since their inception in 2009 into violent standoffs with the police and far-left groups.

During the 2012 clashes between extremists and the police, 176 rioters were detained and 22 police officers wounded.

In 2013, a group of 72 far-right marchers was detained and 12 police officers hospitalized. That year they burned the LGBT Rainbow Arch at one of Warsaw's most famous squares and lit flares outside the Russian Embassy.

In 2016, 75,000 people joined the march, which went ahead peacefully, in contrast to violence at the preceding four.

Some carried banners depicting a falanga (pictured below), which is a far-right symbol dating to the 1930s of a stylized hand with a sword.

Separately, hundreds of left-wing activists held what they called an "anti-fascist" march elsewhere in the capital. 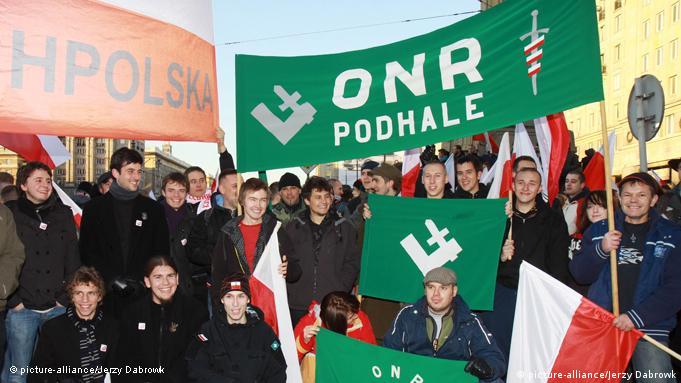 At the 2011 march, right-wing extremists, football hooligans and anarchists attacked police with cobblestones and glass bottles

Why all the fuss?

As most other European countries commemorate Armistice Day at the end of WWI, Poles celebrate national rebirth. November 11, 2017, marks 99 years of Polish independence after 123 years of being partitioned between Prussia, Russia and the Austro-Hungarian Empire. And it provides right-wing nationalists the occasion to show off publicly what are usually only symbolic displays of hatred.

Polish nationalism is based, at its most basic, on national romanticism — a form of nationalism marked by a mythologized version of the past and in Poland's case imbued with Catholic notions of martyrology and salvation, as  the church played a key role in preserving the nation's sense of identity under the 19th-century partitions and under communism.

Since 2001, there has been a struggle over who would inherit the mantle of the Solidarity movement of the 1980s and which version of the fall of the Iron Curtain would become normalized: a "Romantic" version of nationalism or a "civic" view of a democratic resistance and uprising?

In October 2015, when the party Law and Justice (PiS) won parliamentary elections, the answer seemed clear: Romantic nationalism, with heroes and villains, slain warriors and noble causes, had prevailed. The new government launched assaults on three bastions of the post-89 order: liberal democracy, the liberal economy and liberal society.

PiS has rolled back the independence of the Constitutional Tribunal and tried to do the same with the Supreme Court, stacked the state media, civil service and army with party loyalists, laid out plans to renationalize several major companies and implemented a radically conservative social agenda.

It managed this assault on the separation of powers despite half-hearted opposition from the president, Andrzej Duda. The European Commission and others called on PiS to rein in its attacks on democracy, to very little effect so far. 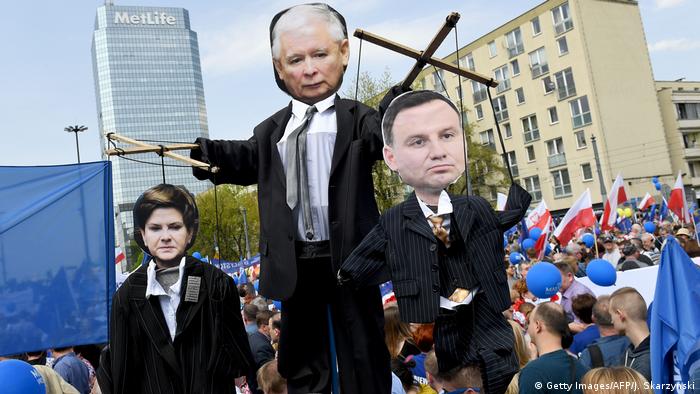 Not anti-Semitic, but right on the border

PiS has long said its aim is to prevent what happened in Hungary, where Jobbik — openly anti-Semitic and anti-Roma — has snuck up along the far right flank of the ruling party, Fidesz.

"PiS's policy is that 'to the right of us must be only the wall,'" US political scientist David Ost told DW.

But this has meant an often ambiguous stance on anti-Semitism, among other things.

"The main change from the 1930s far-right ONR period is the apparently diminished role of anti-Semitism with PiS. I say 'apparently' because it's still there under the surface," Michael Steinlauf, author of the book "Bondage to the Dead: Poland and the Memory of the Holocaust" told DW.

Anthony Polonsky, Professor Emeritus of Holocaust Studies at Brandeis University, believes PiS is not an intrinsically anti-Semitic party. "This is a very right-wing, but not anti-Semitic government."

But the European Jewish Congress expressed "grave concerns" in August 2017 over an increase in anti-Semitic acts in Poland, while a report by the University of Warsaw's Center for Research on Prejudice found that 37 percent of those surveyed voiced negative attitudes toward Jews in 2016.

Rafal Pankowski, deputy editor of the Nigdy Wiecej (Never Again) magazine and a lecturer at Collegium Civitas in Warsaw, told DW there has been a noticeable change in the political and discursive climate.

"It has become so much easier for people to say things they would never have said openly over the last 25 years," he said. 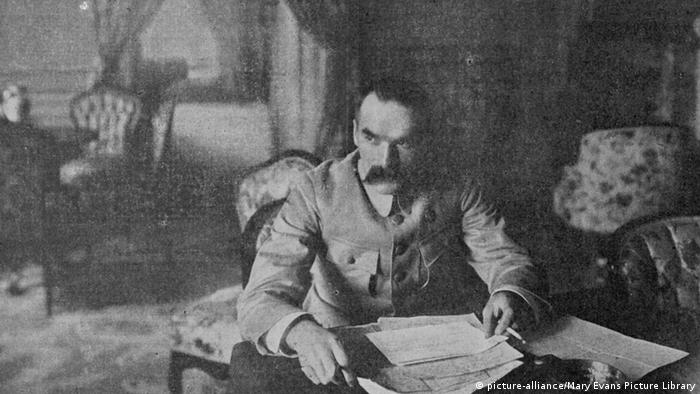 The reason these xenophobic attitudes are coming to the fore now is not because they didn't exist before, but because the discourse on Western Europe has changed, Remi Adekoya, a Guardian journalist, told DW.

"Until then, the likes of [the largest left-liberal newspaper] Gazeta Wyborcza were successful in persuading regular Poles that in order for Poland to be as successful as Western European nations, they needed to shed some of their cultural identity and act more like the French and the British. Poles, generally enamored with the economic success of the Western model, went along," he says.

However, the eurozone crisis combined with the spate of terrorist attacks and reports of problems assimilating minorities led many Poles to start questioning the Western model and some to assert that the feelings they had been reluctant to admit to publicly for years were regarded by some of their countrymen as common sense opinions.

While the far-right remains a marginal feature of public life in Poland, in the absence of an effective opposition to PiS, which has been largely quiet on the rise in xenophobia, its calls to arms find people willing to answer by taking to the streets and — as has been seen in recent years — pushing the line between populist rhetoric and far-right violence.

A dawn cannon salute has commemorated Passchendaele, one of World War I's worst battles. Top envoys for Britain, Germany and Belgium attended ceremonies for the more than half a million killed and maimed. (30.07.2017)

Poland's Law and Justice Party (PiS) is considering whether to seek further reparations from Germany for the massive losses inflicted during WWII. PiS head Kaczynski described the move as a "historical counteroffensive." (03.08.2017)