A "green nudge" can inspire more environmentally friendly consumption without overt rules or bans. It can be as simple as making a plant-based dish the first option on the menu. In a bid to address the climate crisis, governments often encourage companies and individuals to cut their greenhouse gas emissions via economic incentives such as a tax on carbon emissions or a subsidy on solar panels.

But such supply-side inducements are most often subject to protracted political negotiations before coming into force. Other times, they simply do not work for the climate, as is the case with many carbon trading schemes.

In response, a new breed of behavioral economists say a subtle "nudge" can increase climate-positive demand among consumers with relatively little effort or cost.

Even if only a complement to deeper structural changes such as the decarbonization of the energy grid, the idea is that green or climate nudges can do a lot to help facilitate the energy transition.

The key is not to limit choice but to encourage people to make a climate-friendly decision on something they are mostly indifferent about, says Christina Gravert, a behavioral economist and associate professor at the University of Copenhagen, Denmark.

Nudges only work when people assume that by choosing one thing over the other, they have nothing to lose — by definition, if people believe a choice represents a loss, they will reject it, Gravert explains.

A classic nudge is getting consumers to choose a green or renewable household energy plan by making it the default tariff — as opposed to grey or fossil fuel energy.

"If they're defaulted into green energy, they usually also don't care enough to switch back to grey energy to save a couple of cents," said Gravert, who refers to a study showing that 94% of people stuck with that choice — including less climate-conscious consumers.

One recent study in Germany showed that offering the green basic tariff as the first pre-set choice led to an increase of almost 20% in renewable electricity consumption.

"Private households might be effectively nudged into renewable energy forms and hence reduce their climate impact over the longer run," wrote the authors.

Getting consumers to shift from high-emission and water-intensive meat to climate-friendly vegetarian food has been another holy grail among green nudgers. And most often, it's as simple as putting the meat-free dish front-and-center of the menu.

"If we don't have very strong preferences about what we eat, then we just pick whatever is first on the menu since it's the easiest to choose," said Gravert, adding that people often don't read through the whole menu.

The psychology of food

Researchers have identified a disparity between pro-climate attitudes and people's actual behavior, a phenomenon known as the "green gap."

We are told, for example, that we will save money, and the climate, if we switch off unused lights or appliances. Yet we tend not to follow this advice, explained Gravert.

It's the same with hard financial disincentives. Gravert notes that a tax on high-fat foods in Denmark around a decade ago had "pretty much no effect" on fat consumption.

"What behavioral economists then do is try to understand: Why don't we react to these incentives?" she said.

More subtle green or climate nudges that reframe consumer choices are increasingly seen as an effective way to bridge this green gap.

One example is buffets at company canteens. The logic goes that if employees are offered plant-based food they will happily take it.

"When you go to a buffet, most people think they're eating what they want," says Bremen-based Green Nudging project manager, Astrid Stehmeier. "But 75% of the people are eating what's in front."

Another Green Nudging tool is the promotion of a shower head by Finnish company Amphiro that displays a sequence of polar bears. The threatened species disappear one by one the longer the shower goes on due to ice-melting energy and water use. 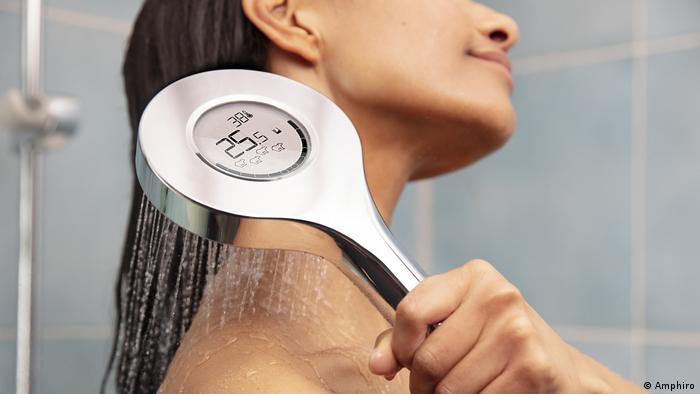 The UN Environment Programme (UNEP) is similarly embracing the green nudge, having released in 2021 a "Little Book of Green Nudges" to get university students to act more sustainably.

From bike parking areas on campus that also provide free tools for students to maintain their bicycles, to a default vegetarian choice on the menu, these "gentle persuasions" can engender pro-environment habits among students worldwide "that can last a lifetime," claims the UNEP.

Are we being tricked and manipulated?

But is there a dark side to employing behavioral psychology to influence the way we choose and decide our needs and wants?

For Gravet, nudging is among the "softest" arts of persuasion since it relies on a perceived indifference regarding the choices on offer. "If you really want to eat the meat dish and it's at the bottom of the menu, many are still going to find it," she said.

Stehmeier agrees that an ethics debate is common in Green Nudging workshops. "We've actually always had the sense that it's good for the environment, it's good for society," she said of underhanded persuasions. "It's totally okay to give it a little nudge and yes, and to make the concept of nudging known."

By focusing on individual choices, green or climate nudging is ultimately one element in the broader push for government and corporate climate mitigation. Nudging consumers towards green electricity might aid in that fight, but "it's not the magic bullet, it's not the solution," said Gravert.

Anne-Sophie Brändlin contributed to this report.

DW's Hannah Fuchs likes to think she's pretty responsible about her environmental impact. But the guilt induced by a take-out coffee got her asking why even the most eco-conscious of us slip up.

Berlin students are pushing for less schnitzel and more beets and lentils in their lunch menus, in an effort to fight climate change.