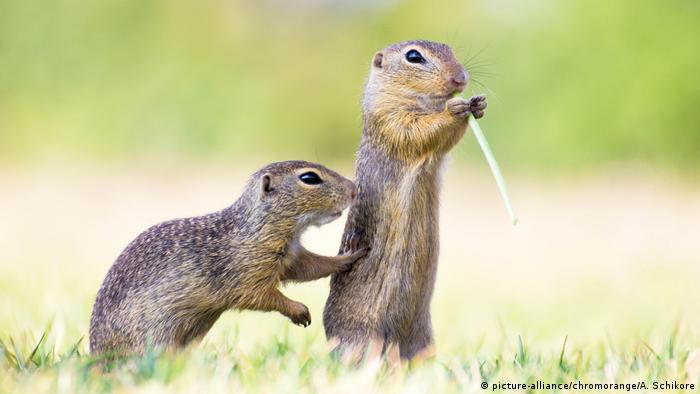 "Come on!": Sometimes a little nudge makes a difference

My phone's alarm rings, vibrating (terribly) on the parquet floor. Well, then, good morning! How much sleep was that, exactly? No matter, too little. Much too little.

And before I know it, I find myself at the start of a daily decision marathon.

Should I stay still, lying there briefly, snoozing along to another round of the alarm?

Drink a cup of coffee? Or tea for a change?

What nonsense. Coffee it is.

And what's the weather supposed to be like? Maybe I need an umbrella. And a jacket?! Should I run to the train or take my bike?

Wow. By the time I leave the house in the morning, I've made — just like every other person —a lot of decisions. We make about 35,000 per day, according to Barbara Sahakian, a professor of clinical neuropsychology at Cambridge University. Together with Jamie Nicole LaBuzetta at  the University of San Diego, the two wrote the book "Bad Moves: How decision making goes wrong, and the ethics of smart drugs."

Perhaps the true number is lower, say 20,000. Or perhaps it's much higher. It's difficult to generalize.

Choosing what to eat results in at least 200 decisions per day. Personally, I can relate to that one. Another cookie, anyone? 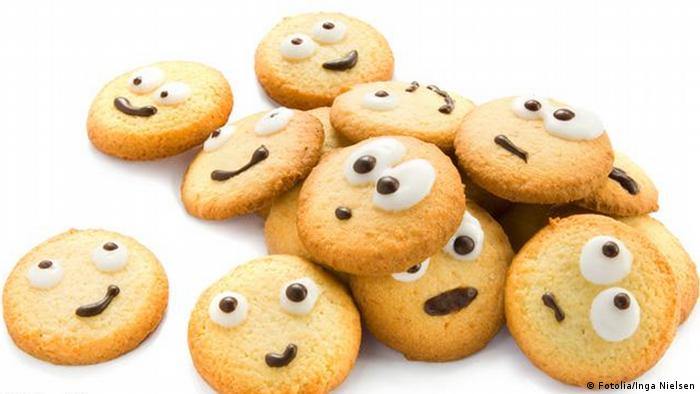 Try choosing one without making a decision

Fortunately, most of these innumerable decisions are unconscious — otherwise I'd have a problem. Because making decisions… is extremely difficult for me. And by that I don't mean particularly important changes. More like whether one scoop of ice cream is enough.

While I'm indecisively running up and down the front of the ice cream counter, weighing up flavors and scanning which containers are particularly empty — and are therefore popular — others don't seem to give much thought as to the type of ice cream they end up getting.

Within, say, .5 seconds, they choose the first-best option (vanilla, for example), without having even appreciated the avocado cucumber parsley or peach lavender right next to it. 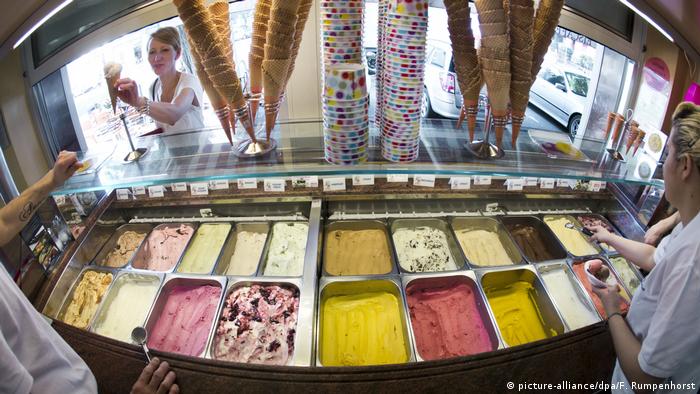 In the end, they're probably just as happy with their ice cream as I am — with the small difference being that they arrived at their decision roughly ten times faster.

But why is it that way?

Why do some people seem to make both unimportant and more essential decisions without any problem, while others find it difficult to deal with everyday matters?

"Basically, it's never easy to make decisions, no matter which one," says Dr Eva Krockow, a junior professor of psychology at the University of Leicester and a researcher in the field of judgement and decision making.

"However, personality aspects also influence our decision-making pleasure," she says. Those who have a tendency toward perfectionism also have the urge to weigh all options precisely, which may seem realistic but is simply impossible — even if it would, of course, be nice to try all 50 types of ice cream before the final decision. Even Krockow admits that. 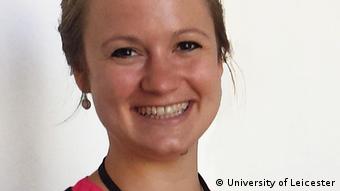 The question of how people make decisions in their everyday lives even has its own dedicated field of research, "cognitive heuristics." The term "heuristics" comes from ancient Greek; "heuriskiin" means "to find."

"In our decision making, we quite often resort to certain heuristics. We just don't notice it," Krockow says. She advises us to use simple, but efficient, decision rules — often.

A simple example: We'd like to take a trip over a long weekend, but the accommodations on offer overwhelm us. Hotels, B&Bs, hostels, complimentary breakfast (or not), half board or all inclusive.

"Choose the most important criterion for your decision," Krockow says. "This could be, for example, the accommodation with the most positive ratings in general. Or if the central location is important to you, set your priority here. Before you lose yourself in all the other options, book according to this simple rule. The end."

The perfect solution is rare anyway, Krockow adds. And we should also be aware of this in our everyday lives. 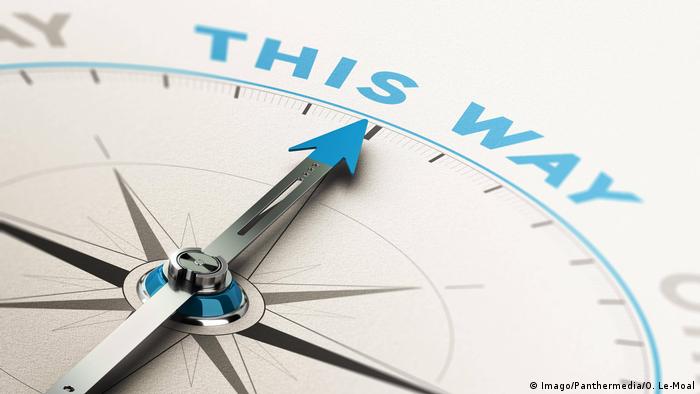 Tip: Make more use of simple but efficient heuristics

This theory was coined by the psychologists Daniel Kahnemann and Amos Tversky, among others, and is often referred to as the "dual-process theory" (DPT).

"As we navigate our lives, we normally allow ourselves to be guided by impressions and feelings, and the confidence we have in our intuitive beliefs and preferences is usually justified," Kahnemann writes in his book "Thinking, Fast and Slow." In 2002, Kahnemann was awarded the Alfred Nobel Memorial Prize for Economics for his work on decision-making processes.

According to Krockow, "System 1 is used much more frequently than System 2, because there won't be enough time and cognitive capacity to think about every problem systematically … Many of these automatic thinking processes work well, which is why you often get your gut feeling right."

When making important decisions, however, or in situations where you might be manipulated, you shouldn't rely on gut instinct alone.

Easy to see through

The thing is, we humans are easy to manipulate.

Imagine, for example, you go to the cafeteria at noon (especially hungry). "What you then choose often depends on where you look first," says Eva Krockow. Studies have even shown that healthy fruits are chosen more often when presented at eye level.

Such decision architectures are of course used in a targeted manner, for example in supermarkets. You may know that too, but sometimes you still get it, don't you? When sweets are in front of the checkout at the supermarket, we spontaneously strike at them, even though we had previously successfully avoided the confectionery department.

"The idea behind the theory is that you actually have complete freedom of choice, but our decisions are strongly influenced by how the various options are presented," says Krockow.

The report is designed to encourage retailers to rethink their store designs in favour of healthier designs: less shelf space for products such as chocolate, chips and sugary drinks. Instead, healthy foods based on the "EatWell Guide," such as fruit, vegetables, legumes, lean meat and water, should be placed more prominently.

To set a good example, RSPH has opened a pop-up supermarket in London. It's called "Nudge."

The name is a reference to a book published by Richard Thaler and Cass Sunstein, called "Nudge. Improving Decisions About Health, Wealth, and Happiness." What the authors meant by a "nudge," was a means of influencing people's behavior — but without prohibitions or commandments.

One unusual example: If a picture of a fly is placed inside urinals, around 80 percent less urine ends up on the floor, since men aim at the fly while urinating. Or at least that's what they say. 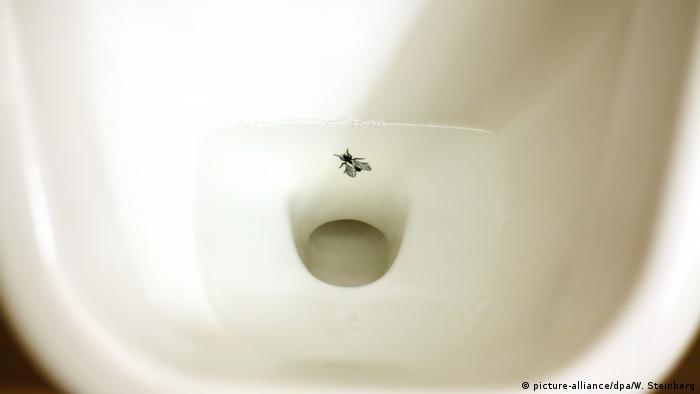 However, Richard Thaler also emphasizes three ethical principles when it comes to nudging: "Nudges must be transparent and not misleading. It should be as easy as possible to decide against a nudge, and it should be ensured that the behavior triggered by a nudge serves the welfare of society."

Eva Krockow says there are endless fields for the application of nudges. "We're being budgeted for everywhere," the psychologist says. "There's no neutral environment, everything is somehow design. Everything is decision architecture."

Think, for example, of your commute: Is there a café on the way whose smell wafts through you every morning? "That also has a big influence," Krockow says. "We don't have to buy rolls or croissants, it's not that we're forced, but we're extremely influenced by where a path leads us."

Regardless, if you know a little bit more about nudging, you can go through life with more open eyes. "You'll quickly see through yourself and notice where you're particularly susceptible," Krockow says. We can change, so to speak, by "nudging ourselves." In the case of the seductive bakery, for example, the "self-nudge" would be to take a small detour to resist the temptation.

"Nudging is a personal matter. Some things apply to you, or influence you more than other people. Krockow says. "You need some insight to see that and influence your environment."

And by the way, it's worth noting that even a decision expert isn't safe out there. Krockow tells of how she bought herself a new dishwasher that suddenly had room for larger plates. So she got herself larger plates. As a result, the portions of food suddenly became larger.

"How big we make the portions was completely up to us," she says, "but the size of the plates had a big influence on how much we ate."

Speaking of choices, here's an example from the Nudge universe: researchers tested in a school a school cafeteria how much effort the students put in to get ice cream.

On some days, they kept the lid closed on the ice cream bar. On other days, they left it open.

The result: When the lid was closed, only 14% of the students decided that the effort of opening the lid was worth it.

If the lid had already been opened, more than twice the number, or 30%, opted for ice.

So. What do I take with me for my own ice cream dilemma?

The owners of my ice cream parlor are taking a winter break. So the "lid," you could say, is closed for the time being.

A "green nudge" can inspire more environmentally friendly consumption without overt rules or bans. It can be as simple as making a plant-based dish the first option on the menu.

COVID-19 is spreading again in Germany. Medical experts are already looking ahead to the colder months and fear that Germany will not be prepared for the virus to return with force.