Afghanistan has become a key source for victims of sex-trafficking. It remains a hidden crime, flourishing despite laws meant to protect women. A vicious cycle of poverty and cultural practices keep women trapped. 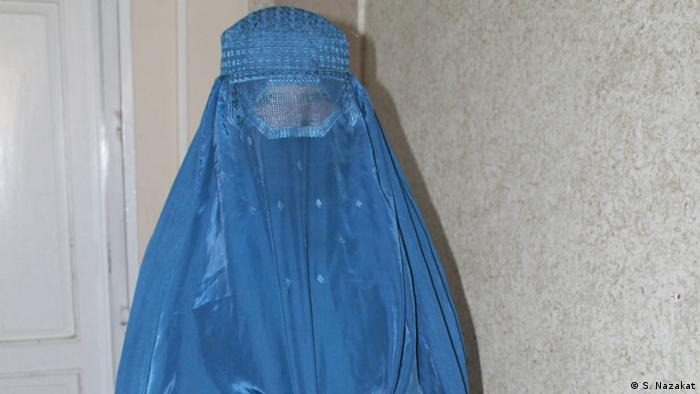 Pimps and customers call her Diljan. "I serve the rich and the executive class," said the round-faced blonde with green eyes. "If the guys have money, they can have me for a night." Depending on the nature of the service, her rates range from 20,000 to 90,000 Indian rupees (230 to 1,030 euros) for a night. Though women of other nationalities, including Russians and Ukrainians, still dominate the flourishing sex trade in India, Diljan said Afghans like her have pushed many of them out of business.

After the war in 2001, she and her family fled from Kandahar to Kabul. Her nightmare began when a man raped her, she said, while returning home from the market. He threatened to kill her if she told anyone about it. She would be raped again that month by another man, who made the same threat.

In 2011, a woman approached her with a waitress's job in a posh Delhi hotel. She jumped at the chance. The woman got her a passport and visa, and put her on a plane. In Delhi, she was told that the job had fallen through. She ended up being an escort. "There were six other Afghan women already at work," recalled Diljan.

Afghanistan has become a source, transit point and destination for victims of sex-trafficking. Nobody knows exactly how many Afghan women have been sold into sexual slavery. Like the drug trade, trafficking takes place in a shadowy world. Some girls like Diljan are cheated by pimps and sold to traffickers. Others are abducted, raped and psychologically pummelled into submission. The rampant trafficking has put Afghanistan on the United States "Tier 2 watch list" of countries that are failing to fight human trafficking.

Human trafficking in Afghanistan grew as the many decades of war caused displacement of millions. Chronic poverty and growing crime increased the vulnerability of women. Geography is another crucial factor; Afghanistan has six direct neighbours including Iran, Pakistan and Tajikistan. Many of these borders are nearly impossible to guard, thanks to inaccessible terrain and tribal fiefdoms.

Palwasha Saboori, director of the Afghan Women Training and Development Organization, said hundreds of women are trafficked every year. Still, it remains a hidden crime, one that the government is not combating, said Saboori. In the last two years alone, her organization has rescued 319 women and girls. "Almost all of them were sexually abused," said Saboori.

Last year, an survey by the Afghanistan Independent Human Rights Commission (AIHRC) on trafficking confirmed that majority of trafficked women had lost their parents in the war and had no family support and protection. Others became caught in the vicious cycle because of extreme poverty and early, forced marriages.

"Afghanistan is one of the poorest countries in the world. There are hardly any jobs for the young. Then there is a growing uncertainty about the future," said Sima Samar, a chairperson for the AIHRC. "All these conditions make Afghanistan ideal for human trafficking." 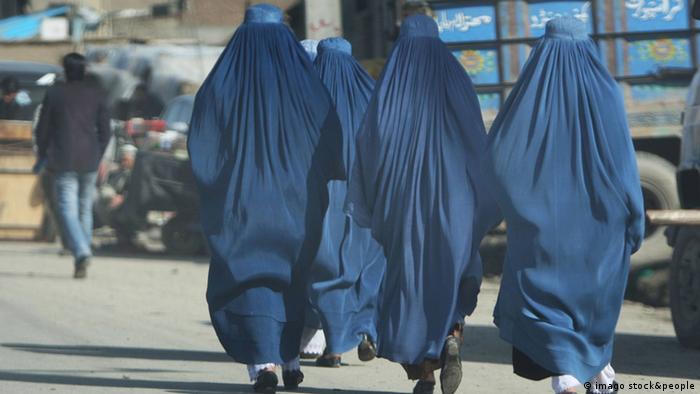 At present, 727 victims of rape and trafficking are being rehabilitated at eight shelters run by the Afghan government and often managed by local and international NGOs. Victims who cannot find a place in the shelters often end up in prison.

Zakia Baryalti, who is director of the Afghan ministry of women's affairs, said: "We have an army of victims in Afghanistan. But we do not have enough shelters to rehabilitate them."

Marzah, a young girl from Logar province, is staying at a shelter in Kabul. After months of therapy, she was able to speak about her ordeal. She said she was raped when she was nine, and then sold into sexual slavery. All she wants now is oblivion. "I do not want to return to my village. My family will kill me. I have brought such shame to them," said Marzah.

In another Kabul shelter, Perveen Jan told the story of how she had survived bombs, only to be trapped in a brothel. The US bombing of 2001 had destroyed countless villages like hers. Amidst the raging war she fled to the nearest town, Jalalabad, where the situation was a little better. Then, her mother called her and told her about a prospective groom. But instead of getting married, she realized a few weeks later that she had been sold to a pimp for 20,000 Afghani (265 euros). She would be traded to 10 men over the next three years.

In 2011, a pimp drove her across the Turkhan border checkpoint into Pakistan. Here, she had to dance semi-naked, entertain rich men, and have sex with customers who paid her owner a few thousand Pakistani rupees. Last year, when her Pakistani owner was away, she escaped and fled to Jalalabad. Now, she is traumatized and unable to speak.

"She has been destroyed," said Zaibesh, 21, her friend at the shelter and a victim herself. "When I met her and heard her story, I forgot all my pain and misery." Zaibesh's parents were killed by her brother-in-law for trying to protect her from sexual abuse. The killer has threatened to kill her too for running away.

As she spoke about how she was repeatedly raped and abused, she suddenly paused and cried out loud, "People have done such bad things to me. I just hate myself for what I have gone through." In her brimming green eyes you can read the tragedy of a land drained by war.

Gap between law and reality

The Afghan constitution, written after the fall of the Taliban in 2001, enshrines equal rights for men and women. And a new landmark law, passed in 2009, has for the first time criminalized forced marriages. Yet women remain victims. In contrast to the overwhelming presence of foreign troops on Afghanistan's streets, there is the overwhelming absence of women in public.

Every day, from different parts of the country, complaints pour in to the office of the AIHRC. "Trafficking of women is going largely unreported due to tribal and societal acceptance of the practice," said AIHRC chairperson Samar. Traffickers exploit vulnerabilities and lack of opportunities. They make promises of marriage, employment, education, or a better life.

Not merely a women's issue

"This is not merely a women's issue," said Shukria Barakzai, a parliamentarian and leading Afghan politician. "It is an economic problem, a societal problem, a migration problem - and most of all, a question of the future of this country." 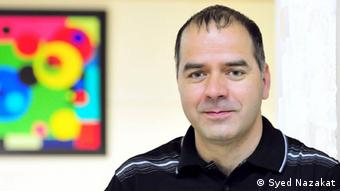 As music blared from the loudspeakers in the dimly-lit cafe in South Delhi, Diljan's cell phone rang. Her response was brief: "Yes, yes, I'm coming." She hurriedly finished her cigarette and got up to meet the car waiting downstairs. Her response to the question of if she wanted to leave her profession, wrapped in loud laughter: "It is my business. It was the will of God."

Names of victims have been changed to protect their identity.

This report is a shortened version of Syed Nazakat's entry for the German Development Media Awards. Nazakat's story on trafficking of women in the region was one of four finalists for the Asia category. Nazakat is a special correspondent at India's leading news magazine, "The Week."

Syed Nazakat is a Special Correspondent at India's leading news magazine, The Week. (13.08.2013)