Women's rights have improved considerably in Afghanistan since 2001, Sima Samar, Afghan Alternative Nobel Prize laureate tells DW. But the question is, how will the trend develop after NATO leaves in 2014? 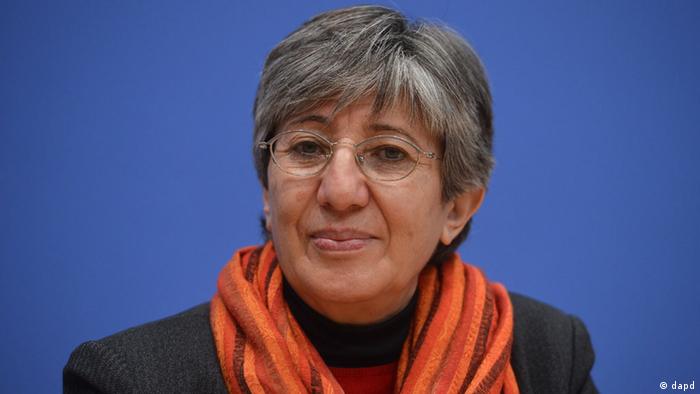 What has been done so far since 2001 for human rights in Afghanistan and for women's rights? What do you think are sustainable improvements?

First of all, we achieved a lot after 2002 with the involvement of the international community in human rights and women's rights in general. Looking at education, education for girls was officially banned during the Taliban, but now there are more than 3 Million girls who go to school. Of course, not all girls have access to education, but a lot of them do have access.

Freedom of expression has improved a lot, which is a basic human right. Media is really flourishing in Afghanistan; it is now much more open and free than in our neighbouring countries. The existence of the human rights commission itself is an achievement. Although the situation is so difficult, the commission is very strong and it is doing exceptional work given the complex situation. These are the greatest achievements we have had in the last eleven years. I think due to the awareness among the people, those achievements will be sustainable, because once the people know about their rights, they will defend them.

What are the challenges and where do you see the dangers for women's rights after 2014? Which improvements could be lost after the withdrawal of the foreign troops?

I think the general dangers after 2014 in my view are that we will have a little more insecurity, and we will have economic problems in the country. Both of those factors have a strong impact on human rights and particularly on women's rights. This will put us in a more challenging situation, but I do not believe that we will loose everything. The reason I am saying this is that I am continuing to fight with different governments, including the current one. The situation improved a lot; you can not compare it with the 1980s and 1990s in Afghanistan. But we are now in the 21st century and people access to technology. These are the things we can not deny.

When you compare the times when you grew up in Afghanistan and the current situation, how do you feel?

When I grew up in the southern province Helmand, I went to a co-ed school until I graduated from 12th grade in 1974. Nobody believes now that there were coeducation schools in Helmand. We should not forget we were living in a peaceful situation. We didn't have war. Yes, the country was poor. But it was peaceful. We had a center for radiotherapy for cancer patients at the Aliabad Hospital, which we do not have today. There was rule of law. I won't say the government was perfect, but it was less corrupt. The population of Afghanistan also was less than it is today; there were less refugees and we were less vulnerable to bad influences in the region.

You mentioned the health care system in Afghanistan, which you said was much better 40 years ago. As a physician, where do you see the main issues of the situation, which some experts say is a health crisis?

The reason we still do not have health facilities like a radiotherapy center is that the international community wants to build a foundation first. I think this approach is not correct. We need to build basic health institutions, yes, but we also need radiotherapy centers, for example, this is also a basic need. Instead of spending a lot of money in our neighbouring countries to receive physical treatment, we could do that in Afghanistan and keep the money in Afghanistan.

A lot of people do not trust Afghan doctors. They claim that the doctors there are business men rather than doctors. How can this change?

We need accountability and it does require monitoring and evaluating by the ministry of public health. When we graduated from university, we couldn't just open a clinic immediately. We needed experience and had to get permission. Currently that is not the case. Anybody who graduates can have their own clinic. They prescribe 10 kinds of medication for their economic gain rather than their interest in treating people. It requires close monitoring and upholding accountability. The doctor who is only interested in profits never sees sanctions. Another problem is the lack of education. They have no alternative, so they go to a mullah instead of going to a doctor. A mullah can not treat them, but how will you convince the people to not go there for treatment? A mullah can give you moral support but not fight your disease.

If we look at the current education system, we see a lot frustration among the students. There have been students protesting against discrimination all over Afghanistan. Why ?

The Elimination of Violation Against Women law is seen as a key improvement for women's rights in Afghanistan. The halt of this law in Afghan parliament was a big disappointment. What went wrong?

I think this was already a law that was in place but was not enforced. We shouldn't have put on the agenda in parliament, because it was clear it would be rejected, but I will not give up. What is crucial for us is to be united and have a united approach and lobby with the MPs to pass the law. I don't think the majority is opposing it. I hope that the members of parliament realize that they are all born to a woman and I don't think they will see themselves better as their mother.

I wish that the people in Afghanistan will be able to live in dignity and that there are rights for men and women without any group being superior to another and security. As to the youth, I hope they will take a more responsible approach than our generation.

'We still have not achieved social justice'

Afghanistan still faces important challenges. But in an interview with DW, Afghan human rights activist Sima Samar remains hopeful that Afghans will hold on to their basic human rights. (10.12.2012)

The Afghan doctor Sima Samar has won the 2012 Alternative Nobel Prize. The award committee praised her commitment to the poor and her support for education, equality and human rights. (28.09.2012)