In Germany, robots will teach refugee children the language 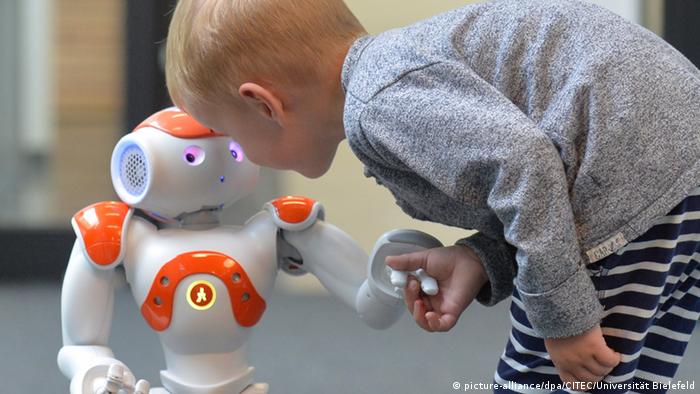 This year witnessed Europe struggle to cope with the largest influx of asylum-seeking migrants from war-torn countries since the end of World War II, prompting concerns from authorities on how to integrate new residents.

Robots instead of human nurses? Most Germans won't like the idea, but in Japan it's already becoming reality. Researchers in both countries are trying to reduce the fear of robots and make them acceptable to people.

In Germany, understanding the language is crucial to gaining meaningful employment or participating in the education system.

Researchers at the University of Bielefeld are approaching one of the most challenging issues to arise from the wave of migration with an innovative solution: robots.

Using the programmable robot "Nao," sporting cameras and microphones, researchers want to experiment with its ability to convey simple language skills to refugee children, especially those between the ages of 4 and 5.

"Teaching every child a second language individually is something kindergartens usually can't cope with. That's where robots can offer additional assistance," said Stefan Kopp, an artificial intelligence expert at Bielefeld University, where he leads the cognitive systems and social interactions research group. 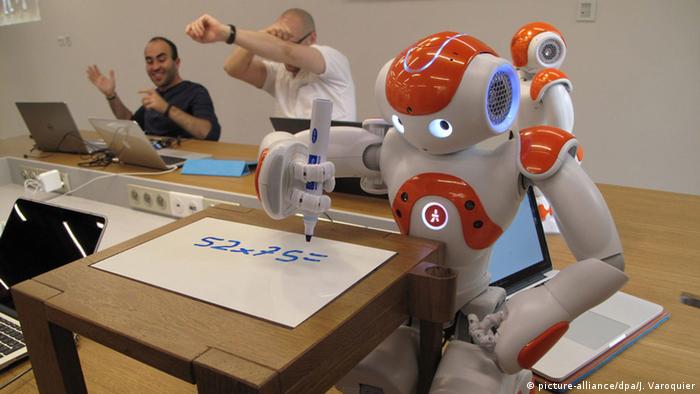 With enough code, you can teach "Nao" to do nearly anything

"Nao" - a cute robot manufactured in the appearance of a child - would also be accompanied by a tablet to assist the child in learning German with supporting material, such as illustrations.

"We program the robot so that it can interact with the child, so that the child is as well supported as possible," said Kirsten Bergmann from the Bielefeld research group.

The project is expected to run for some three years as scientists test the robots' ability to effectively teach the notoriously difficult language to newcomers, with the first batch being dispatched to classrooms within 18 months.