Parents get to decide whether their children take part in religion classes, part of the school curriculum in Germany. But if they don't participate, their kids may suffer consequences, even with the law on their side. 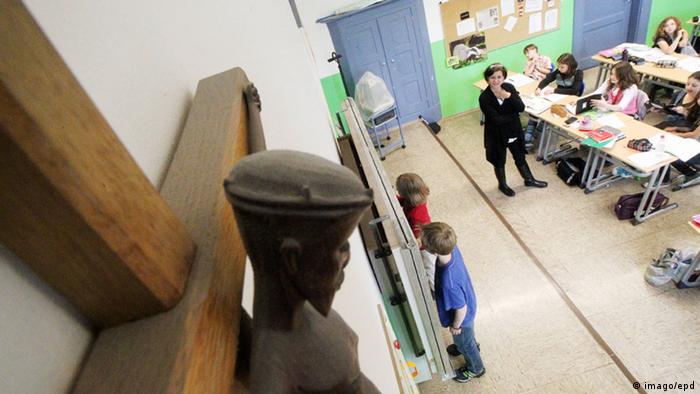 Paul* was in fourth grade when the problems began at school. When it was time for religion lessons, the boy would move to a tiny adjoining room with a window to his class and quietly pass the hour. His parents had decided he would not receive religious instruction.

Paul was following in his big sisters' footsteps. They had gone to the same secular, public school in their town in North Rhine-Westphalia, near Cologne, as he did. They too had been exempted from religion class, a singularly Christian affair in most German schools. The children might read or get a start on the day's homework while their classmates learned about Christianity.

"All of my kids have gotten in trouble multiple times for doing homework," says their mom, Diana*. "They would tell me, and I would say: 'Don't worry about it; sometimes you just have to turn the other cheek.'"

The rules say that schools should try to schedule religion classes at the beginning or end of the school day, so kids who don't take part can come later or leave earlier. Otherwise, the schools need to provide supervision for them. Some schools mandate that students who opt out of religion take ethics or practical philosophy instead. But that wasn't the case at Paul's school. He was, at least in theory, free to use the time as he pleased.

No rule said that Paul and his sisters weren't allowed to do homework, but other parents had complained that it was unfair. So Diana and her husband, Ralf,* had told their kids that if they wanted to do it, they should not draw attention to it or boast about it. That didn't mean they didn't get caught sometimes.

But Paul has had a tougher time than his sisters.

One day in October last year, two of his friends told the religion teacher they saw Paul doing his homework during class. The teacher called Paul to the front of the classroom, Diana said, and berated him: "Paul, do you know why homework is called homework?"

He told Paul his punishment would be to do another page of homework, which he would have to turn in to the class's regular teacher the next day.

"He was just 8 years old at the time, and he was totally shocked and scared," Diana said. "He came home crying that day." 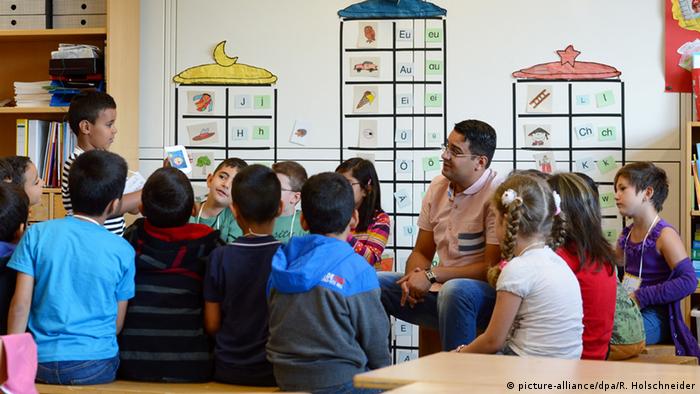 Some German schools offer classes in Islam, not only Christianity

Diana and Ralf were dismayed by how Paul was being treated as the school flaunted the rules. They spoke to the religion teacher, who apologized when he learned he had been wrong to call out the boy.

"We talked to him and said: 'This wouldn't have happened if the school didn't have this policy that they have to keep kids in the back of the class during religion classes. If you would just do it as the laws say ...,'" Diana recalled.

The religion teacher referred them to the principal.

"So we had a phone call with the principal and it didn't lead anywhere, because he was convinced he was doing everything right," Diana said. "He didn't answer our question when we said: 'This is what the laws say. What will you do to change it so that Paul is treated like the law says he should be?'"

Diana got in contact with Rainer Ponitka. In the tiny rural hamlet where Ponitka lived, church was a normal part of people's lives, as were the religion lessons at the public school, where each classroom was decorated with a crucifix. Ponitka's son didn't take part in the classes in primary school or go to the weekly services the other students attended at the church. The boy was bullied by other parents and children because of it.

Ponitka enlisted experts and wrote a guidebook for parents, students and educators to navigate school without religious affiliation. He is now a spokesman for the International League of Non-Religious and Atheists (IBKA), a lobbyist group focused on freedom of thought and religion as well as the separation of religion and state. Diana had read his book.

"I have 10, 12 cases [like Paul's] each year, different cases, some which stretch over years," said Ponitka, who also leads the IBKA's working group on schools. "It begins in primary schools and continues into the secondary level. It doesn't carry on into the senior classes, because the rules there are clearer."

Hard on a child

Once it became apparent that the principal at Paul's school did not care to make any changes, Ponitka put Diana in touch with a lawyer.

Paul and his parents felt like he was being singled out by the principal, who also worked as one of the sports teachers. Paul's grade in physical education dropped from a one, "very good," to a four, "sufficient," on the scale from one to six, Diana said.

The lawyer, Winfried Rath, gave the principal two weeks to respond to a letter demanding Paul be treated according to the law.

The principal didn't reply. Rath sent a further letter saying he would advise Paul's parents to take the case to court if the principal ignored the new deadline, which expired Wednesday.

The schools almost always give in when the threat of court proceedings arises, Rath said. Court costs money, and schools are always strapped.

On Wednesday, the principal sent Ralf an email saying Paul no longer needed to attend school during the two religion classes each week.

Diana is relieved for Paul's sake, though she says he has already been stigmatized by the events.

"He's carrying a burden no kid that age should carry," she said. "He's the one with the nonreligious parents. If he falls out of line, the principal will look at him differently."

But, Diana said, this isn't just about Paul: "It's about an injustice that's been happening for years. Something needs to change."

*Names have been changed to protect the boy's identity.

It is not just racist but also anti-Semitic slurs which are on the rise in German schools. As DW's Oliver Pieper reports, this poses a great challenge for the country's education system. (20.11.2018)