Croatia has consistently denied illegally deporting refugees to neighboring Bosnia-Herzegovina. But in a recent TV interview, the Croatian president admitted border guards were forcing migrants back over the border. 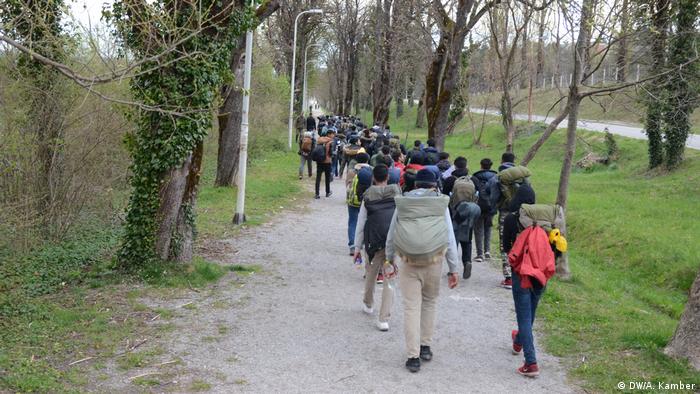 Croatia, a member of the European Union since 2013, is aiming to join the border-free Schengen area. But it has become increasingly clear to what lengths the government will go so Croatians can enjoy this freedom of movement.

Over the past year, many refugees trying to cross into the EU through unofficial border crossings between Croatia and Bosnia-Herzegovina have reported brutal treatment by Croatian border police. Media reports have shown refugees — including children — with wounds they say were inflicted by police.

Most Croatian media outlets have ignored these reports of incidents taking place less than 150 kilometers (about 90 miles) from the capital, Zagreb. And the Interior Ministry has rejected reports of ill-treatment of refugees along the border, denying border police have been carrying out so-called push-backs.

Denial in Zagreb, silence in Brussels

Amnesty International has called out the silence of EU officials. "By prioritizing border control over compliance with international law, European governments are not just turning a blind eye to vicious assaults by the Croatian police, but also funding their activities," the human rights organization said in a statement in March.

But ever since Swiss broadcaster SRF showed footage of illegal deportations on the Croatian-Bosnian border in May, it has become increasingly difficult for Croatian authorities to conceal these incidents.

Yet, early this month, Croatian President Kolinda Grabar-Kitarovic continued to downplay the actions of border police. "When someone travels through this difficult terrain, it's normal for them to get scrapes, bruises and injuries," she told local journalists during a visit to the border. "Next time you hear stories about the brutality of our police officers, you should think twice. They are not violent, I can guarantee that."

Grabar-Kitarovic insisted that police were not pushing refugees back over the border, claiming the people trying to cross into the EU weren't refugees anyway, but simply economic migrants. 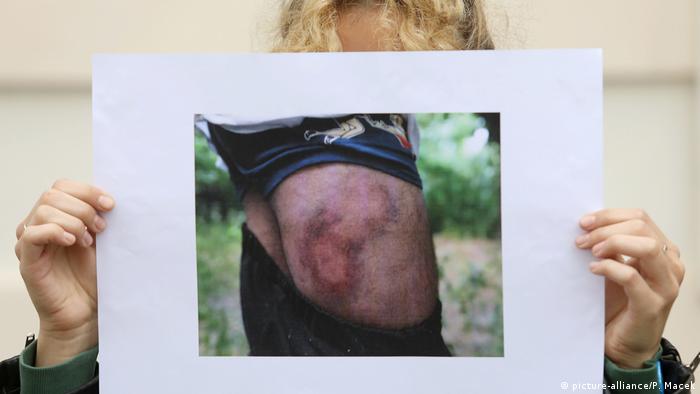 Croatia's president has tried to downplay reports of bruises and injuries

'A little bit of force is needed'

But a few days later, while speaking with SRF during a visit to Switzerland, the president ended up confirming exactly what Croatian politicians have been denying for months, essentially admitting that Croatian police have been carrying out push-backs.

"I have spoken with the interior minister, the chief of police and officers on the ground, and they assured me they have not been using excessive force," said Grabar-Kitarovic, as the camera was running. "Of course, a little bit of force is needed when doing push-backs."

Jelena Sesar, a researcher at Amnesty International, told DW that she found the president's statement "shocking."

"Under international law and EU law, collective evictions and push-backs are always illegal," she said.

Sesar said it was scandalous that the Croatian president was trying to present push-backs as a legal measure, and justifying "a little bit of force." Amnesty International has called on the European Commission to put pressure on Croatia to end its border tactics.

In response to a request for more information on Grabar-Kitarovic's comments, the European Commission said it had no comment to make.

A year ago, it was already clear that Croatia intended to take its new role as the EU's border guard seriously. During a visit to Berlin in June 2018, Interior Minister Davor Bozinovic proudly proclaimed that "Croatia…has the strongest border police in this part of Europe." In return, he campaigned for his country to become a member of the Schengen Zone.

The chancellor and the German center-right candidate for the top EU post head to the Balkans before the European Parliament elections. Croatia plays an important role in keeping displaced people at the EU's periphery. (17.05.2019)