In Calais, a rising wall reinforces fears of fortress Europe | Europe| News and current affairs from around the continent | DW | 30.09.2016

A planned wall near the French port of Calais aims to deter migrants from ambushing trucks bound for Britain, but many see the construction as a darker symbol of Europe's rising barriers against asylum seekers. 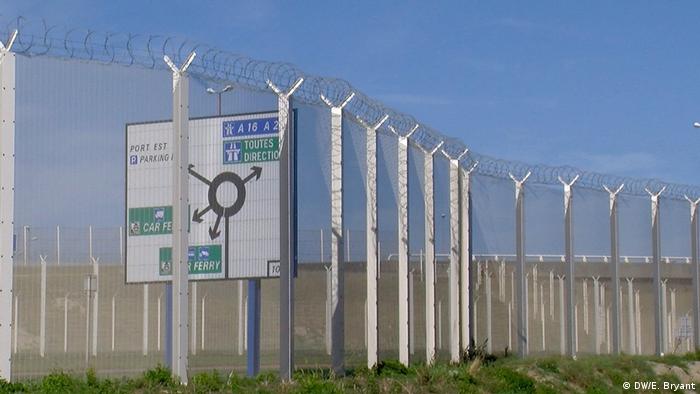 What is being dubbed "The Great Wall of Calais" is, for now, just a muddy track along the main highway to the city's port, where Britain-bound vehicles power past. As barriers go, its ambitions are modest; to deter desperate ambushes by migrants hoping to hitch a better life across the Channel.

But as Malcom Astell sees it from the windblown edges of the sprawling Jungle migrant camp a kilometer (0.6 miles) or so away, the pockmarked earth offers a chilling snapshot of Europe today.

"When you come here and see all these fences and barriers that have been created, it's quite frightening," says Astell, a British science teacher who now counts among the throngs of volunteers working at the camp. 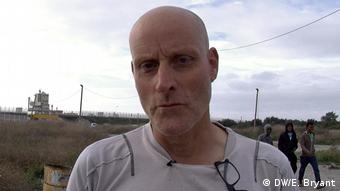 Astell is worried about the direction Europe is going

"This is Europe," he adds. "And I have never been so concerned about Europe as a place of progress and harmony and generally doing the right thing."

If Calais has become a powerful symbol of the region's refugee crisis, the upcoming, four-meter-high, kilometer-long wall mirrors its patchy and conflicted response. And while Europeans differ sharply on ways to handle the ongoing flood of asylum seekers - including those now packing the Jungle's scrum of tarp and wooden shelters -many experts and local residents believe another barricade is no answer.

"People find ways around barriers," says Ian Bond, director of foreign policy at the Centre for European Reform, a London-based think-tank. "Unless you start making them particularly inhumane, people are going to find other ways of getting through the system."

Financed by Britain, the estimated 2.7-million-euro ($3-million) concrete barrier is being built even as France's leftist government vows to tear down the Jungle migrant camp, now bursting at the seams with between 7,000 and 10,000 residents. And despite plans to plant vegetation to soften its impact, it triggers images of more imposing walls in places like Austria, Hungary and Macedonia, aimed to keep asylum seekers out. 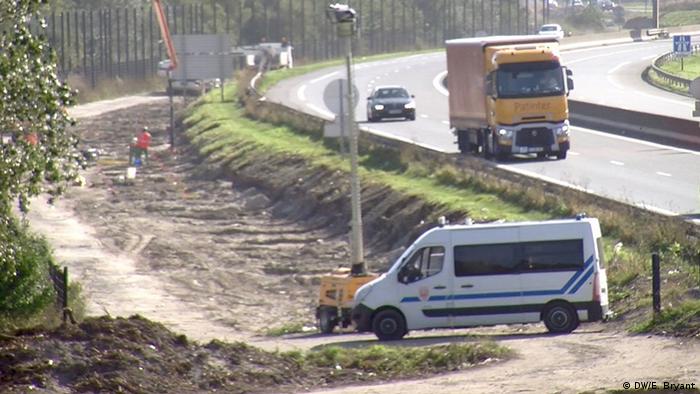 The wall's construction has proven controversial in the French port city

In France, the government argues it is offering a humane and more durable response to a years-long migrant problem. Before the Jungle there was Sangatte, a migrant camp dismantled more than a decade ago. Migrants simply moved elsewhere in an area where the white cliffs of Dover can be spotted on a clear day.

This time, officials vow to resettle Jungle residents to temporary shelters around the country. Those who do not get asylum, they say, will be deported.

"The government will go to the end," Francois Hollande vowed, after paying his first visit to Calais as president this week. Staying clear of the Jungle, he called on British authorities to "do their part."

From his bakery in the city's center, Frederic Van Gansbeke hails the Jungle's demise as a first step in turning around an ailing region, where the migrant crisis has chased away tourists and jobs.

"I have nothing against the migrants, but the camp must be removed if we're to relaunch our economy," said Van Gansbeke, who heads a shopkeepers' association that is lobbying for government incentives to revitalize the area.

"What I'm afraid of now," he added, "is after we disperse these thousands, what if 50 or 60 continue to arrive daily?" 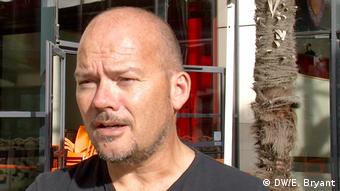 Van Gansbeke: The camp must be removed to relaunch the economy

Just as worrisome, is the bulldozed patch of earth nearby.

"We're trying to offer a positive image of Calais, and that's not going to happen by building a wall," Van Gansbeke says. "We already have 30 kilometers of fencing around Calais. It's not stopping migrants from attacking trucks."

National authorities insist the wall's construction will continue. Nearly half a dozen migrants have been killed so far this year trying to board UK-bound trucks. They have placed log roadblocks to ambush speeding vehicles, which have caused accidents and sparked a truckers' protest earlier this month.

From his restaurant next to the Calais port, where massive ferries steam in from Dover, Yoann Hermant describes how his brother was threatened with a knife by migrants after a highway roadblock brought his car screeching to a stop.

"I'm tough," said Hermant, a short, chunky man. "But I won't ever take that road alone at night."

Yet Hermant is against the wall, which he calls "completely stupid."

So is the city's conservative mayor, Natacha Bouchart, who believes a wall is no longer necessary with the Jungle's demolishment. She announced earlier this week that President Hollande had agreed to suspend its construction - a claim refuted by the regional prefecture.

"The construction continues," a spokesman said. 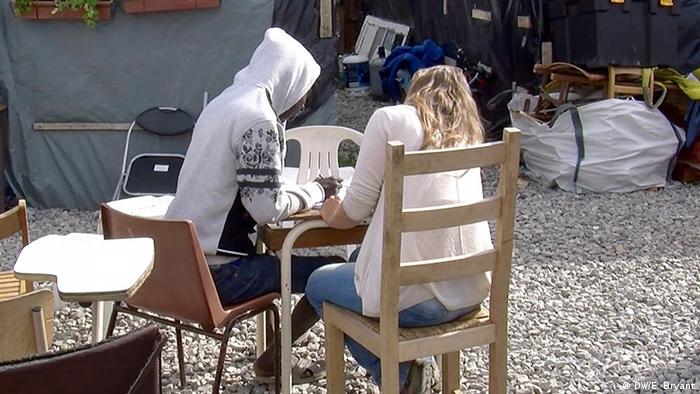 Calais has become a powerful symbol for the region's refugee crisis

Yet the face cropping up on many local posters is that of far-right Front National (FN) leader Marine Le Pen, widely expected to win the first round of presidential voting, although not the second. Tellingly, some of her strongest support comes from the surrounding Pas-de-Calais area.

"Dispatching migrants around the country won't resolve the problem," says FN regional lawmaker Rudy Vercucque, who is based in Calais. He sympathizes with Jungle residents, he says, but believes few are legitimate asylum seekers. "It will simply create mini-Calais everywhere."

Nor does he support a wall. "There's never been so many walls in France since the disappearance of our borders," Vercucque says. "The solution today, is to recapture our national sovereignty."

They're going to destroy everything

In the Jungle, many seem unaware that yet another barrier is planned for a port area choking in tall wire fences.

Young men from Eritrea and South Sudan wander down a dirt path, some greeting newcomers in halting French and English. Partly razed earlier this year, the migrant camp still has an aura of normality. An Ethiopian church and a cluster of makeshift schools and shops poke out of the grassy wasteland. 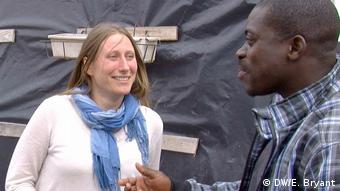 Jones believes 'one day, the wall will fail'

What will he do if the camp closes?

"Sleep in the motorway," he answers. "I no stay in France."

"They're going to destroy everything," says Nigerian Zimako Jones, who opened a migrant school here last year, referring to camp's dismantlement. "They could use the money to make a real change in Calais. But politicians are politicians. We don't have the power to fight them.”

He is more upbeat about the wall. "The Bible said the wall of Jericho must fall one day," he says, "and one day, the wall will fall."

Welcome to the jungle - Calais as a French presidential battleground

France's north-eastern port of Calais is the country's gateway to the United Kingdom. As such, it's long been a magnet for migrants, and has become a key battleground ahead of next year's presidential campaign. (26.09.2016)

The Socialist leader has vowed to "completely dismantle" the camp. But human rights groups and right-wing leaders have called on the president to do more about irregular migration, though from different vantage points. (26.09.2016)